From human hair to shrimp feed to related opportunities - Alluri Indra Kumar can find the link, and make it work. 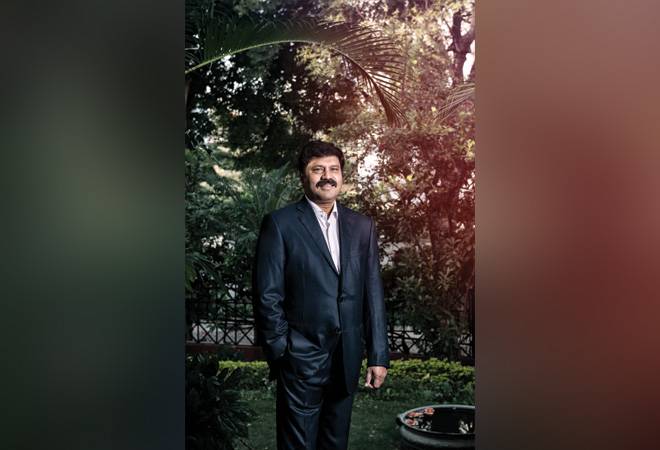 Human hair and shrimp feed seem to have little in common but Alluri Indra Kumar, a chemical engineer by training, tapped a linknode, and quite a big one at that. This opened up a business opportunity that started a bold new phase in his entrepreneurial journey.

The opportunity presented itself in 1991 after the government opened up the economy and started encouraging local production of shrimp to boost exports. Kumar was managing his family enterprise, a 100 per cent export-oriented unit, Srinivasa Cystine Ltd., a maker of the L-Cystine amino acid from human hair, since 1986.

Amino acids are building blocks for proteins. That is what he needed to make shrimp feed, an ideal business to enter after the 1991 economic reforms considering the potential for exports. That was the beginning of Avanti Feeds. Till then, most of the shrimp feed consumed in India used to be imported. Avanti Feeds' first shrimp feed plant became operational in November 1994 with a capacity of 10,000 MT per year (the present capacity is 6,00,000 MT). There has been no looking back for him since then.

"Our past five years' compounded annual growth rate, or CAGR, is 33 per cent, higher than the industry rate of not more than 25 per cent,'' says Indra Kumar. The company, he says, is India's largest feed maker with a market share of over 45 per cent. It has a subsidiary, Avanti Frozen Foods Private Ltd, which processes and exports shrimps. The bulk of the shrimp produced by the subsidiary goes to the US and Europe - almost 65 per cent to the US, 20 per cent to Europe and 5 per cent to Japan. This is apart from the expansion of the footprint in Europe. Avanti Frozen has also explored markets in Korea and China over the past one year. Kumar says demand for seafood will keep rising as it is now seen as an essential component of a healthy diet as against meat. This presents a huge growth opportunity.

In order to keep the momentum going, the company commissioned a new shrimp feed plant with a capacity of 1,75,000 MT in 2017/18, which took the total capacity to 6,00,000 MT per annum. Plus, given that the feed it makes is food for shrimp, the company focussed on improving the feed conversion ratio and got it to 1:1.4 (for one kg shrimp, 1.4 kg feed is consumed) which, he says, is a lot of distance covered from the earlier figure of 1:1.7-1:1.8. The company also looked at import substitution in machinery for its new plants to bring in greater cost efficiency. Apart from these, a state-of-the-art shrimp processing plant with a capacity of 15,000 MT in the company's subsidiary in 2017/18 took the total installed capacity to 22,000 MT per annum. Today, Avanti has five feed plants and two processing units, all in Andhra Pradesh, except the one feed plant in Gujarat from where it also exports to west Asia. The shrimps are exported from Vizag. Indra Kumar, who divides his time between Gujarat (Valsad) and Andhra Pradesh, lives on the campus of one of his feed units in Kovvur in West Godavari district of Andhra Pradesh.

N.V.D.S. Raju, an independent director on the Avanti Feeds board, says: "I have known him for three decades, first as a banker to the company and over the past four years, more closely as a board member. He is quite transparent in his dealings. He has a good grasp of the business with focus on cost effectiveness and technical competency. Also, while taking calculated risks, he tries to ensure that he is able to manage the risks.''

Indra Kumar, who gave a new growth spin to the business founded by his father, has already groomed the next generation to take charge. Both his sons, Venkat Sanjeev and Nikhilesh, are actively involved in the business. On the way ahead and the goal for 2022, Kumar says the company is looking at both organic and inorganic growth, apart from diversification into related activities. He says he can't spell out these plans as they are still being discussed internally. It is also looking at value addition in exports in collaboration with Thai Union, a leading Thailand-based frozen seafood company which has a 25 per cent stake in Avanti Feeds and 40 per cent in the shrimp processing company.