From selling mechanical watch movements in Tata Press way back in 1983, to building The Titan Company into a Rs 15,656 crore-lifestyle brand, Bhaskar Bhat has taken lifestyle to the masses. 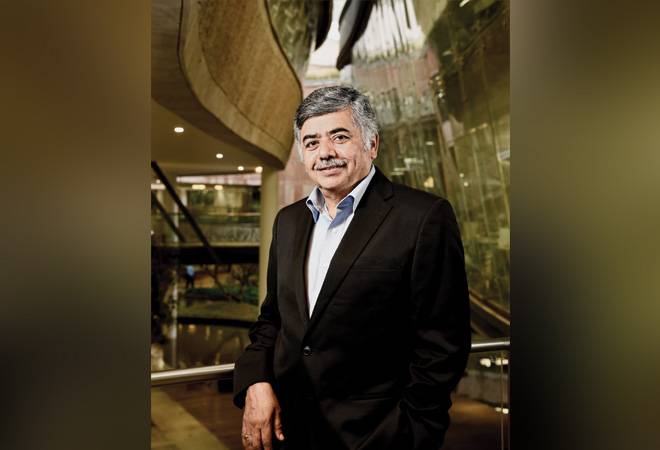 If Xerxes Desai was the visionary behind the stylish Indian watch brand, Titan, it is Bhaskar Bhat, Managing Director, The Titan Company, who is crediting with ensuring that brand Titan is available through the length and breadth of the country.

While former-MD Desai envisaged Titan as an aesthetic accessory that would adorn the wrists of fashionable Indians, Bhat ensured that watches become aspirational even for the average Indian.

The 64-year-old MD of The Titan Company, in the twilight of his professional career, is known for his attention to perfect execution. Despite being the MD, he has always believed in rolling up his sleeves and travelling to the markets personally to understand his consumers.

Titan's strong supplier and distributor network is Bhat's handiwork. "Bhaskar is a people's person and has spent a lot of time building a strong relationship with his suppliers and distributors," says Bijou Kurien, former COO of The Titan Company who is currently a Strategic Board Member at L. Catterton Asia Holdings.

While the legendary Desai focussed on the brand and its style quotient and had a fair bit of snob value associated with him, Bhat perfectly complemented him by being the operational expert. "The two had very different styles of working and often people wondered how Bhaskar would fit into Mr Desai's shoes. But he did a wonderful job of it and his people management skills came in handy," says Kurien, who worked with Bhat for 20 years. Anyone can walk into Bhat's office and be sure to be heard. Bhat's simplicity is known even outside office. It is well-known that he prefers taking public transport each time he travels to the Bengaluru airport as he finds it convenient. "If we were on a market visit and there were no cars available, he would happily jump into an autorickshaw," remembers Kurien.

"He insisted on flying economy class if the rest of his team was in economy. If the team travelled by bus for a market visit, he would instantly jump into the bus," remembers Raghu Viswanath, who was the national brand manager for Titan in the mid-nineties and is currently the MD of brand valuation company Vertebrand.

Bhat has many successes to his name but is quick to admit his mistakes too. When the company saw 20.75 per cent growth in revenue in 2017/18 after years of low growth, he said in an interview with Business Today: "We got preoccupied with delivering profits rather than keeping the innovation engine alive. We lagged in smart watches. The competitive scenario changed, and international brands came, bringing international designs."

The watch business, which had been posting low single-digit growth for a while, reported its highest ever profits in the last fiscal. In the same period, Titan's net profit soared 70.86 per cent, while its market cap grew from Rs  41,082 crore in 2016/17 to Rs  83,656 crore in 2017/18, making it the third most valuable Tata company after TCS and Tata Motors.

Titan's success is based on its approach. A lifestyle brand in most markets is associated with premium or luxury, but Bhat took lifestyle to the masses. When the jewellery business (Tanishq) was struggling in its initial years as it was positioned as premium and mostly offered western designs in 14- and 18-carat gold, Bhat played a huge role in switching to 22-carat gold and offering Indian designs. This appealed to customers and Tanishq today is a Rs  13,000-crore brand.

Titan Eye, the company's eyewear brand, follows a similar plan. It offers spectacle frames for as low as Rs  300 and is also available in traditional optical stores. The company has even started manufacturing spectacle frames and lenses in India. "Value is what we are good at," says Bhat. According to him, the India growth story is all about its population.

Within Titan, Bhat has always encouraged his colleagues to dare to think out of the box. He kicked off the Ignitor programme in which younger employees are encouraged to come up with ideas that could be developed into businesses. Titan's new businesses such as fragrances (Skinn), eyewear (Titan Eye) and saris (Taniera) are an outcome of this programme.