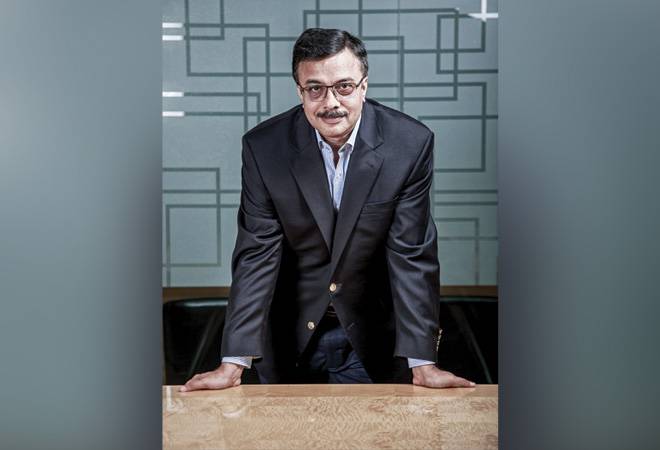 Vinod K Dasari, Managing Director and Chief Executive Officer of India's second largest commercial vehicle manufacturer, Ashok Leyland, is a content man. The results of past three financial years show the result of his and his team's hard work and risk-taking ability.

What drove the change? "Philosophically speaking, I feel a certain change happened in the DNA of Ashok Leyland in the past few years," says Dasari, sitting in his office on the ninth floor of Ashok Leyland Towers, in south Chennai. "There is a sense of confidence among all layers of employees."

When the 52-year-old Dasari took over as MD in April 2011, the commercial vehicle industry was facing a massive downturn. Ashok Leyland reported Rs  7,000 crore of debt, and a debt-equity ratio of 2.4:1. The first thing he did was get the right people. "I wanted each employee to think that it was his own company and to understand that he was contributing to the profit," he says. A massive cost reduction exercise was undertaken and funds were invested back into growth. Product line was changed and the network expanded - by five or 10 times in some cases.

Dasari chose people with the right leadership skills. "Earlier, I was the only person responsible for profit. The first year we made this six, then 12, then 36. Now we have 453 profit and loss sections." The result came through in three years. From the brink of financial collapse, Ashok Leyland became a successful automobile company two years in a row from a market cap standpoint.

Among his employees, Dasari is known as a great motivator. "Employees know there is a problem because I have simply cut everybody's salary including mine. But you have to explain what is going on and what you are going to do about it."

Another achievement was convincing trade union leaders. Indian labour law does not allow laying off people. "I met the union leaders and said that when the company prospers, the employee must prosper. But when the company is in trouble everybody should contribute. So what can we do?" To his surprise the leaders said they would voluntarily not come to work and the company won't have to pay. "Now things are back on track and we are among the companies that pay the highest bonuses," he beams. 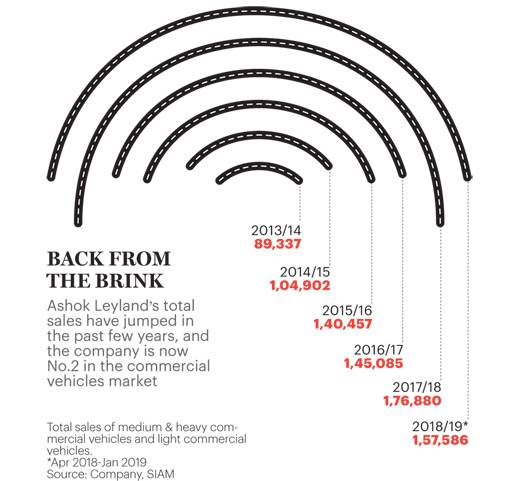 Dasari says he believes in India and its capability to innovate. This helped Ashok Leyland too get through many challenges. For instance, when the transition from BS III to BS IV emission rules happened in the beginning of fiscal 2018, "it was the first time that a sudden decision was made saying BS III should be banned from tomorrow". What helped Ashok Leyland in this situation was the indigenous iEGR (Intelligent Exhaust Gas Recirculation)-based technology while every other company had a Selective Catalytic Reduction. The efforts paid off. The company sold more than 1,50,000 vehicles. When the BS III issue came up, "we were the only ones who came up with a mechanical-based fuel pump."

Competition must be used to sharpen strategy and deliver better value. When asked how he feels being No.2 in the CV industry (No.1 being Tata Motors), Dasari says, "Yes, it will be nice to be No.1, but our vision is about being among the global Top 10 in trucks. We were at 19 and are now at 13. In buses we wanted to be among the global Top 5; we are now at four."

The recent slowdown in the CV industry is a short-term hiccup. A slow festival season combined with credit crunch in the market has meant poor sales. Another reason is that the industry is waiting to see the election results. "The industry will rev up with the Euro-VI pre-buy next year," he says.

The biggest challenge for the company would be increasing the speed of decision-making and launching products, processes and technologies. "The clock speed of our industry has been changing in the last five years. No country in the world has gone from Euro IV to Euro VI in three years. It took 8-10 years in other countries."

Dasari recently announced his decision to leave Ashok Leyland after being with the company for 14 years. "I am focussed on a careful transition. I am sure that the successive leadership teams will sustain the people element, which is the hallmark of Ashok Leyland."

Revelling in challenges, Dasari hums a line from a popular Tamil song from his favourite star Rajnikanth's Murattu Kaalai. "Podhuvaaga en manasu thangam/ Oru poattinu vandhdhuvittaa singam (We are generally very nice people but challenge us, and we become a pack of lions)."