Azim Premji is not only one of India's biggest entrepreneurs, he is also the face of corporate philanthropy.
Rukmini Rao | Print Edition: March 10, 2019 In September last year, Wipro announced a $1.5-1.6 billion deal with Alight Solutions, the largest ever deal in the history of the company. It was nearly after four years that Wipro got back to the billion dollar-deal table.

For a company with current market capitalisation of over Rs  1.68 lakh crore, the third largest among IT services companies in India, the beginning lies with a man who became the chairman of the company forced by circumstances.

Nearly half a decade ago, the untimely death of his father forced Azim Hashim Premji, who was then at Stanford pursuing engineering, to abruptly leave his studies and return to India. Taking over his family's vegetable oil business at the age of 21 in 1966, over the course of next 20 years, Premji diversified Wipro's interests, from IT products to engineering services, and from medical equipment solutions to FMCG.

In an interview to a television channel, recalling his early days, Premji spoke of the scepticism that a shareholder had when he took over the company. "His comment really got my determination up to prove him wrong," Premji said. With no prior experience of managing a company, all Premji had was his ability to work hard.

"His biggest strength is perhaps tenacity; the ability to focus and then work single mindedly towards the goal," says Yasmeen Premji, his wife. The two had met in what was then Bombay and later married.

It was the 1980s that really shaped the future of Wipro. To grow its infotech business (the earlier subsidiary that handled the IT business) Premji relentlessly pursued Ashok Soota to join and head the division. Despite his initial scepticism, Soota agreed to take up Premji's offer to head Wipro's products business. This not just ushered in a new phase of growth for Wipro, but also a new learning phase for Soota. "I have dedicated my book (Entrepreneurship Simplified, From Idea to IPO) to Premji along with two others (Dr Charat Ram and Bishan Sahai), because these are the three people from whom I learnt the most," says Soota, who went on to set up Mindtree with others and is currently the Chairman of another services company, Happiest Mind.

In 1990, when Wipro started delivering IT services, the landscape in India was still in its teens. Premji's determination helped him explore new paradigms in the industry. With overseas collaborations, Wipro Systems came into existence. It was India's first product company to launch a 16-bit multitasking computer. Then came the Y2K boom in the late 1990s, and Wipro became the only Indian PC maker to obtain a National Software Testing Laboratory Certification. Plus, the operating systems of Wipro SuperGenius PCs were Y2K compliant. After that the Enterprise resource planning (ERP) wave took over and led to Web-based technologies. This was the time when India had also opened up and became a global destination to develop software and run backend solutions. The gap between the market leader and the second company was little. In 1999/2000, Wipro was a leading software exporter ahead of Infosys, with software exports of Rs  10.5 billion compared with Infosys' Rs  8.52 billion. Addressing Stanford business graduates in 2006, Premji spoke about the IT services bet. "It's easier to make money in services with lower risks than it is in products," Premji said answering a question if India would ever become a product business powerhouse. However, IT services are now being productised, blurring the lines to a great extent.

By 2000, Wipro was a big conglomerate with infrastructure engineering services, consumer products business and IT business with an annual consolidated revenue of Rs  2,299 crore. The ability to focus on all these segments was a testimony of Premji's multitasking skills. "He knew the factors that could lead to success in each one of those, and he measured people on those factors. He knew what was critical to each business," Soota recalls.

Through the many transitions what has been a constant at Wipro is Premji's personal values that have translated into a culture at the company. Suresh Senapaty, board member at Wipro Enterprises and a former CFO at Wipro, says, "As a leader, there are two things that stand out for me personally. The first is the values that he (Premji) lives by. He practices what he preaches and it has inspired the organisation and me personally. Second, the professionalism that he demonstrates. He creates an empowering environment and has allowed me unlimited opportunity to expand my horizons."

'The Spirit of Wipro' envisages all of Premji's business values in how to conduct business with integrity. For instance, the company set up an audit committee even though it was still not mandated by law, and giving bribes or favours to win a contract was a strict no-no. Premji also led some of the most path breaking people's initiatives, which have become a norm for most companies. Employee stocks options, diversity and skill development are a few of these. "Wipro always made heavy investments in training functions to develop people," says Soota.

Of course, not all went as planned. For instance, bringing on board two CEOs, Suresh Vaswani and Girish Paranjpe at a time when the macro environment was not favourable, which led to the company lagging. After the failure of the twin CEO model, Premji brought in T.K. Kurien to lead Wipro in 2011, and the company is today led by a former TCS executive, Abidali Neemuchwala.

In 2007, Premji inducted his elder son, Rishad Premji, into Wipro. Slated to be the heir to his father, Rishad joined Wipro as a business manager and moved back to India from London. He serves as the Chief Strategy Officer at Wipro and is also a board member. "I think Rishad's biggest learning from his father has been a certain groundedness," says Yasmeen Premji. Recently, their younger son Tariq Premji also joined the board of Wipro Enterprises.

In November 2012, Wipro announced a restructuring and the company demerged its consumer care and infrastructure engineering services into Wipro Enterprises, turning Wipro into a pure IT business company. 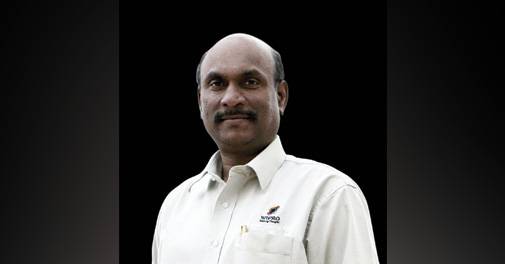 Apart from being one of India's biggest entrepreneurs, Premji is undoubtedly the face of corporate philanthropy in the country. He established the Azim Premji Foundation in 2001 with a focus on education, especially girls. Till date, he has committed over $10 billion to various philanthropic causes through his Trust and family office. Joining the league of Warren Buffett and Bill Gates, Premji was the first Indian to give away over $2 billion to Giving Pledge in 2013. Under the foundation, Premji has also set up the Azim Premji University in Bengaluru in 2010.

Last year, while interacting with school and college students during Wipro Earthian awards ceremony, Premji was asked about his goal in life. He answered: "To be successful in what I do and to the best of what I can do." A motto that drives him even today at the age of 73.