Tata Motors is reskilling employees to make them 'future ready' Tata Motors is on the cusp of big changes, triggered by increasing automation, which is making old jobs redundant, and new automobile technologies and designs that are redefining customer tastes. Nothing encapsulates these changes better than the revolution in electric mobility where Tata Motors has placed its biggest bet yet.

To become future ready, in May last year, Tata Motors restructured its middle management in a move that entailed reducing managerial workforce by 1,500. The aim was to reduce the 14-layer management structure to five in order to improve efficiency and accountability. In a testimony to the trust employees have in the management, the step did not lead to panic, as the company chose to retain most of the managers who were in redundant jobs at new positions that emerged after the reorganisation. The plan was put in motion months before that. The time in between helped the management plan the exercise in detail. Gajendra Chandel, Chief Human Resources Officer, Tata Motors, says the trick was to not hire for the 800 managerial positions that fell vacant due to attrition and retirement. The managers whose jobs had become redundant were mostly moved to these vacant posts. "About 250 managers opted for voluntary retirement after the restructuring was announced. Some have been accommodated in the companys services arm, Global Delivery Centre, and in various third-party roles," says Chandel.

The aim of the exercise was creation of a lean and accountable organisation, empowerment of business units and becoming more customer centric. "After we compressed the hierarchy and empowered mangers, decision-making has become faster. Individuals are clear about their roles and targets," says Chandel.

Acknowledging the disruption and reinventing the business accordingly are the key to managing the changes ahead, McKinsey said in a recent report on the automobile industry. "Four technology-driven trends - electrification, shared mobility, connectivity and autonomous driving - are leading the automotive industry to this disruption," it says. It is this disruption that Tata Motors is getting ready for.

After the recent restructuring, every product line has got its own profit and loss account, giving visibility to individuals on targets. In a business unit, there are now score cards for every plant, every sales and marketing division and customer care. "Earlier, visibility of targets was limited for employees across layers. Now, everyone will be able to see their targets, score cards and even their colleagues' score cards," says Chandel. 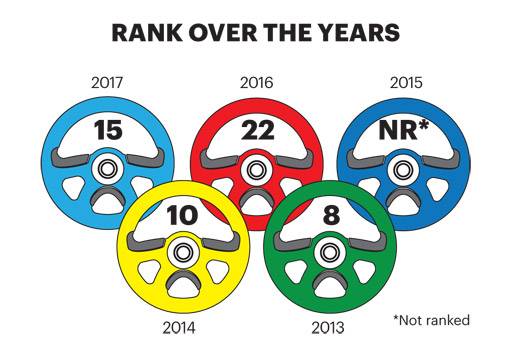 The emergence of advanced technologies, innovations in the electric car space and automation/digitisation mean re-skilling of employees has to become a key focus area. "Here, the question is whether the company is making its employees relevant for tomorrow's functions or not. We are constantly working on training and re-skilling the workforce to keep it updated in line with the company's focus on becoming future ready," he says. The company has tied up with IIT-Bombay and BITS-Pilani for educating white collar employees through customised courses. It also runs specific programmes in customer care, manufacturing operations, product development and environment engineering. "Going forward, we require fewer mechanical engineers but need more skilled manpower in electronics, telecommunications, IT and bio-engineering," he says. The managers can also undergo a two-year MBA programme from Symbiosis, Pune. Besides this, it trains 4,500 blue collar workers in collaboration with the Automotive Skills Development Council every year; it is looking to increase this number to 10,000.

Tata Motors hired just 500 fresh graduates last year, half the peak number, partly due to the industry's slow growth and partly due to a lower attrition rate which, Chandel says, is just 10 per cent. For top performers, it is 4 per cent. "This means fewer positions come up for hiring. The average hiring has been 700-800 per year in the last three-four years," he says.

The average age of the managerial staff is 37-38 - in manufacturing 41-42 and in engineering 33-34. Out of 40,000 employees, 5-6 per cent are women. The company has posted women workers at all its plants. About 1,800 women are working on shop floors. "We are slowly but steadily increasing this number and working towards greater gender diversity. Out of total cadre hires last year, 19 per cent were women. We are targeting 25 per cent this year," says Chandel. The companys policies for women include six months maternity leave and option to work from home. Also, all the plants have a creche. The company has also introduced the Second Career Internship Program for women who want to join the company after a break.