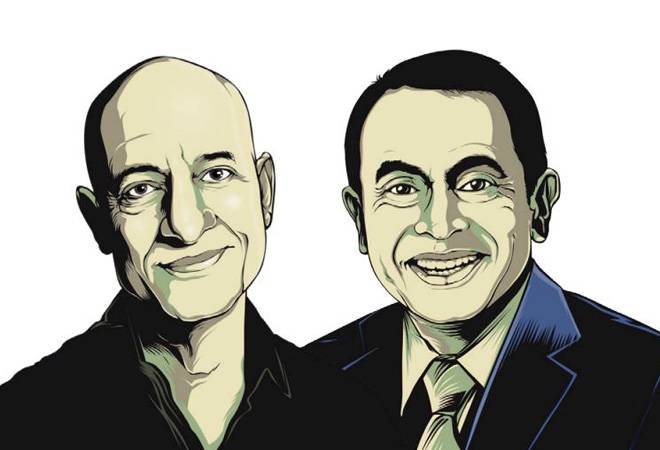 In the face of dramatic advances in technology and automation, companies are faced with an increasing number of choices on how best to execute the work of the organisation. Typically, the decisions to use technology are driven by the need to do "something" strategic (cut costs, improve quality, increase customer value, etc). Those decisions are made after considering broad factors such as market forces, operational processes/constraints, financial forecasts, customer inputs, etc. Now, leaders must execute that strategy. They face new dilemmas. Execution requires deciding which work and workers will be replaced or changed, and what types of automation are best. The available tools are often too generic, like "jobs", "competencies", "robots", "AI", "big data", "IoT", etc. If you do a quick web search, you can easily find predictions such as the January 2017 Fast Company article listing "the 10 jobs that will be replaced by robots", including bank tellers, journalists and movie stars. What leaders need is a framework to actually deconstruct and then optimally reconfigure the work. The key is to deconstruct jobs to reveal the work elements, and then understand the payoff function (return-on-improved-performance) that connects work performance with strategic goals. That allows you to use our three categories of automation to look deeper into broad concepts like "AI" or "bots," and optimise the automation-work combinations.

You must deconstruct jobs into their key elements and not think in terms of replacing entire jobs. Those elements will reveal the optimisation patterns, often hidden when the work is trapped in a job description. That does not mean that jobs will disappear, but rather that they will be reinvented, as work that was aggregated into a "job" is constantly reconfigured and continuously deconstructed and reconstructed. Over time, some work elements will be removed from the job as they are transferred to other work arrangements or automation.

The remaining work tasks may no longer make up a full-time job. However, work automation isn't just about optimising one job at a time. Groups of jobs are related, so work automation requires optimising the related work tasks across several jobs. In a related group of jobs, each job's content may be reduced by automation, but the remaining human tasks from several related jobs may be combined into a new, reinvented full-time job. Our examples will often focus on a single job for illustration, but you can use the same tools in the more realistic situation where work automation should apply to groups of jobs with related tasks.

How do you find the component tasks within jobs? There are many frameworks. You may be using several of them. You can find the tasks that make up jobs in job descriptions and competency lists. You can also sometimes find them in performance goals and reward components. One online library of work tasks, spanning thousands of different kinds of jobs, is O*Net. The O*NET database, containing hundreds of standardised and occupation-specific descriptors on almost 1,000 occupations covering the entire US economy. The database, which is available to the public at no cost, is continually updated from input by a broad range of workers in each occupation.

What Makes a Task Automation Compatible?

How do you measure the ease of automating a task? We believe there are three fundamental characteristics.

Repetitive versus Variable? Repetitive work is often predictable, routine, and determined by predefined criteria, while more variable work is unpredictable, changing, requiring adaptive criteria and decision rules. Most of the work tasks of credit analysts are repetitive. They gather and synthesise similar data for every loan application. They look for the same red flags in each piece of customer data that is pulled from bank records, credit rating agency data, government records, and social media. Generally, repetitive work is more automation-compatible with well established solutions such as RPA (Robotic Process Automation). RPA can perform such analyses as much as 15 times faster, with almost no errors. On the other end of the continuum, the work of a human resources consultant is highly variable. Every client situation is different and every problem is unique. This consultant works with analytical tool kits, change management frameworks, and process design techniques that must be customised to diagnose unique problems and solutions. Such work is generally less amenable to automation, but advances in cognitive automation might automate some analytical tasks or learn from previous client engagements.

Independent versus Interactive? Independent work requires little or no collaboration or communication with others, while work performed interactively involves more collaboration and/or communication with others, and relies more on communication skills and empathy. Accountants preparing statutory reports for regulators using prescribed templates and decision rules are doing primarily independent work. They can gather data from various sources, synthesise their findings, apply accepted analytical tools, and produce reports with their findings without engaging another person. A good portion of such work is automation-compatible using well established methods. For example, RPA could do the information gathering and synthesis, while AI could do much of the analysis and produce certain basic reports. Call-centre agents, on the other hand, are doing interactive work, matching their work to each caller's unique emotions, needs and style of communication. Interactive work is generally less automation-compatible, but advances in AI and sensors can detect the caller's emotions and analyse the request to give the call-centre employee relevant information to better serve the caller with greater empathy and care.

Physical versus Mental? Physical work is primarily manual in nature, requiring manual dexterity and often strength, while mental work requires one's cognitive abilities. The work of a manufacturing line assembler is physical work. The assembler might gather different parts, weld them together, inspect the work, and move the finished product to another part of the factory. Such work lends itself well to social or collaborative robotics that is the result of combining AI, sensors, and mobile equipment. A collaborative robot could gather and move parts and weld them together to degrees of precision that greatly exceed the skills of a human being. On the other hand, RPA or cognitive automation can often replace or augment the mental work of an accountant.

The job of oil driller is at the nexus of massive economic and technological change. Traditionally, the natural resources industry has been labour-intensive, but cost pressures due to declining commodity prices and margins have been demanding greater operational excellence. That is the strategic goal that often motivates technologists and operations research leaders to recommend automation of work. And they have made significant advances in automating many aspects of the extraction process. While the strategic benefits of technology are enticing, they rely on deep and radical changes in work and the organisation. Technology innovations require work transformations across the entire extraction process. Jobs can be reinvented to reduce physical risk, reduce the probability of accidents with dire consequences, and reinvent work so that it is less demanding and more attractive to increasingly scarce talent.

Let's look at the job of a driller on an oil rig. Much of the work is traditionally repetitive, independent, and physical. In the past, the extensive use of analog equipment emphasised the driller's experience and expertise in ensuring the smooth operation of the rig. As a result of this human centricity, there was significant variation in the performance of each rig. In addition, the driller often did maintenance based on his feel and sense of when equipment might not be operating optimally. Control of the rig was entirely in his hands. The physical nature of the work meant high labour intensity and relatively low skills.

Such work is very automation-compatible. Sensors and AI enable a radical reinvention of the work and the driller's job. Now drillers need not be exposed to the elements, physically manipulating equipment on their own. Instead, they sit in climate-controlled cockpits. Their work is to monitor digital gauges that control automated functions on the actual rig. Reinventing the job this way allows for some of the driller's tasks to move to a centralised control centre that can monitor multiple rigs at one time by using enhanced sensing equipment and AI that can predict future maintenance events or likely variances in performance. This creates more consistent operating performance. The driller is no longer the only decision-maker determining when and how to perform maintenance, because sensors and AI provide specialised maintenance crews with the information to know the optimal schedule and type of maintenance. The job of a driller has been reinvented and is now more mental and interactive. The work is more variable, because automation handles the repetitive parts, saving the human driller for the unique situations.

As a result of the deconstruction of the role, this organisation was able to clearly identify how to optimise the application of automation and understand how it would transform various activities. As you can see from this example, deconstruction is a critical first step to understanding how to apply automation to transform work. But, the exercise is not merely one of deconstructing jobs to identify substitution or augmentation opportunities; the exercise also reveals new work from automation.