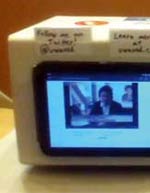 COOKING UP ENTERTAINMENT
For all those who twiddle their thumbs waiting for the microwave oven to ping when its done, here is what four young tyros built in just 40 hours at the University of Pennsylvania. The mWave (the Greek letter Mu is a symbol for 'micro') is a modified Westinghouse oven that plays YouTube videos of the same duration as your food's cooking time. When the cooking is through, it sends an SMS to your smartphone. It also has its own Twitter account to tweet about its use. But don't rush to the market just yet. It is not commercially available. It was only created by the students for the university's PennApps hackathon.

WISE CABBIE, SMART DRIVE
Radio cabs are a convenience, but most of the times you have to wait a while for it to appear. In London, a city with one of the highest penetrations of smartphones, firms have come up with apps like Hailo, LDNTaxi, Get Taxi and Kabee. Since all smartphones incorporate a GPS system, the caller's location is determined by the company, which then informs the smartphonewielding driver closest to the passenger. The apps have reportedly led to better allround experience for everyone.

COMPUTER DIET FOR WEIGHT LOSS
The trouble with eating is the body does not tell you exactly when your needs are satisfied, and by the time you feel full, you might well have packed away extra calories that show up on your waistline. That is where the Mandometer, they claim, helps. The device consists of a scale that is connected to a computer. The software allows the patient to see on the computer display a comparison between a normal rate of eating and level of satiety and an overweight user's own rate and satiety perception. In around four months, the user is apparently trained to eat like a normal person does. Eat normal, weigh normal, voila!

NTH DEGREE SPEED READING
Imagine the amount of scientific information that lies in computers in the form of research data, academic articles, theories, etc. Now imagine someone intelligently trawling through all that information and linking all common data. Wouldn't that take decades? Not if it is CRAB. Researchers from Cambridge University and the Karolinksa Institute of Sweden have come up with a system called CRAB that can read the scientific papers like a human would, but infinitely faster. The first task that CRAB will undertake is to mine the data for cancer research. The system is the latest implementation of a rapidly emerging form of artificial intelligence called natural language processing, which is also used in the Siri personal assistant software in the iPhone 4S. It allows computers to read texts and derive meaning from them, despite their complexity and ambiguities, as humans do. 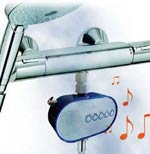 BATHROOM SONGS ON WATER RADIO
If you thought all that water in the bathroom was going down the drain, then Vivian Black not only thought about it but went one step forward. Vivian Black is mainly remembered before this for his success in commercialising British inventor Trevor Baylis' hand-cranked radio for use in remote areas of Africa. Black employed the power created by the motion of water to run a radio. The radio, which he has named the H20, uses a micro-turbine technology to generate power from the flow of water when the shower is turned on. The waterproof instrument clips on to the water pipe that runs up to the showerhead. The radio is manufactured by the Tango Group. Thanks to them, bath time can well mean Kolaveri time.

FROM FACEBOOK TO THE "FACEPHONE"?
What's better than a phone with a Facebook App? A Facebook Phone. There are rumours that Taiwanese phone maker HTC has been tasked by the social networking site to build a phone, codenamed Buffy, that is geared to integrate the communication device with Facebook. Apparently, Buffy will run on a tweaked version of Android and will support HTML5 as application platform. Obviously it is too early for any discussion on its features, designing or its release date. For the millions who can't do without their daily dose of FB, this phone will be a godsend. But there's a period of waiting involved, rather like the time between a friend request being sent and the arrival of the confirmation. 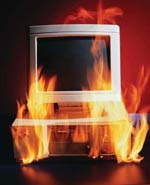 SERVED, WITH WARM REGARDS
Eager to grasp at all ideas that could help avoid fossil fuel use, two researchers at the University of Virginia and four at Microsoft Research explored the possibility of using computer network servers to heat homes in chilly weather. In a paper presented at the Usenix Workshop on Hot Topics in Cloud Computing, they said the server-still operated by their companies - could be placed inside homes and used as a source of heat. The authors call the concept "data furnace." They calculated that in the coldest climate, about 110 motherboards could keep a home as toasty as a conventional furnace does. In warmer seasons, the heat generated would be vented out.

472%: The increase in percentage since July 2011 of malware aimed at Google's Android operating system, according to Juniper Global Threat Center, US. With Android selling 2,50,000 units every day, and its free-for-all app development, the OS-specific malware has surged phenomenally. 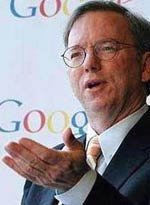 TAKE ON TECH
"We are seeing the rise of new economic powers throughout Asia, as well as Brazil, Russia and West Asia. The internet will clearly be the best way to engage this new world. we know three billion more people will come online by the end of the decade, mostly in emerging economies. in 2011, any kind of business can tap that kind of opportunity." -- ERIC SCHMIDT, Executive Chairman, Google Inc

An iPad App for David Cameron