Sleeping with the Frenemy 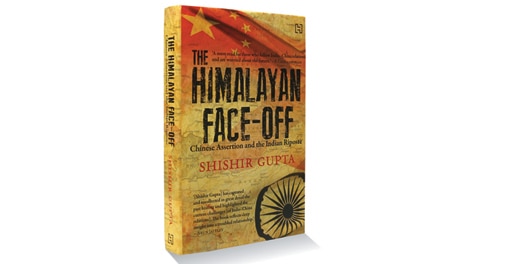 Despite sharing a 3,488 km border, India and China have had relatively little to do with each other throughout their long histories. India did engage with Tibet, now grudgingly recognised as part of China, but with the Middle Kingdom as such, it had only the most tenuous of ties. It is only now, as two of the biggest economies in a globalised world, and both nuclear powers to boot, that they are forced to interact closely at several levels. But the interaction is vitiated by the persisting border dispute between the two countries and in India in particular, by memories of the 1962 border war, in which it was roundly trounced.

Shishir Gupta's book is the latest to examine this uneasy relationship, albeit entirely from the Indian viewpoint. What it does underscore is how deeply suspicious India remains of the Chinese government's attitude and intentions primarily because the latter's pronouncements and actions frequently do not match. China has repeatedly stressed that India is a partner, not a rival and that their common interests far outweigh their differences. And no doubt trade between the two, though skewed heavily in China's favour, has been steadily increasing - in 2011/12, it stood at $75.4 billion against $59 billion the previous fiscal year. Again, though the border issue is nowhere near resolution, there is the Peace and Tranquility Agreement of 1993, and two more signed in 1996 and 2005, that commits both nations to a peaceful border.

Though the border
issue is nowhere near resolution, there is the Peace and Tranquility Agreement of 1993, and two more signed in 1996 and 2005 that commits both to a peaceful border.

But every now and then an incident occurs, which to India appears like deliberate provocation. China, for instance, claims to be neutral on the Kashmir dispute and yet keeps referring to the border with India as "2,000 km long", which is to say it ignores the border it shares with Jammu and Kashmir, tacitly refraining from recognising that state as part of India. It voices protests against any significant Indian initiative undertaken in Arunachal Pradesh, one of the two focal points - the other being Aksai Chin - of the border dispute. And above all, there are the incursions by the Chinese army into the Indian side of the border, the last major one at Daulat Beg Oldi on the Ladakh border in April 2013, which made global headlines and was only resolved after a 21-day standoff.

Gupta documents the ups and downs of the relationship in detail, quoting liberally from policy papers and government reports, as well as his discussions with those involved in shaping India's China policy. Former foreign secretary Shyam Saran in particular, who has travelled extensively in the border areas, is quoted at length. Overall, he believes, India has been far too accommodating in its approach. "Even though China has been acting as a bully in Asia for the past decade to force the world to recognise Beijing's arrival on the global stage, New Delhi's stance is of a weak power which wants to play in the premier league but is afraid of it," he writes. The Daulat Beg Oldi face-off, he maintains, signalled a change as India for once retaliated by building a tin shed, bang on the Line of Actual Control, in response to the six tents the Chinese had put up on the Indian side and finally got the Chinese to vacate.

But, in fact, as his own book documents, in recent years India has been doing a good deal - not only beefing up infrastructure in the border areas but also actively countering the growing Chinese influence on its smaller neighbours - Nepal, Bhutan, and Bangladesh - with initiatives of its own.