A Smorgasbord of Thoughts

Essays by 60 authors prescribe what should be done, but fail to explain why it is not done.
Pramath Raj Sinha | Print Edition: Dec 22, 2013 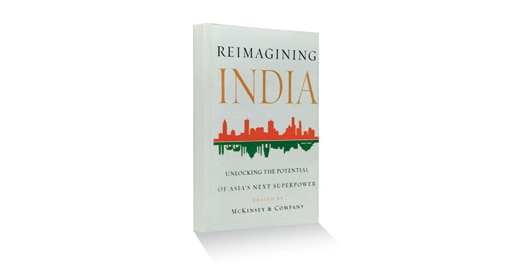 This book is a smorgasbord of 60-odd essays about India. It is the result of leading management consulting firm McKinsey & Company deciding to do a reprise of its Reimagining Japan: The Quest for a Future that Works (2011), on the completion of 20 years of its India practice. McKinsey could not have picked a better time as the world and Indians themselves ask questions about whether this country will ever realise its promise.

The book's strength is its tremendous range and the diversity of its authors and themes. Contributors range from Eric Schmidt to Madhav Chavan, Naveen Tewari to Suketu Mehta, Nitin Nohria to Viswanathan Anand, Mallika Sarabhai to Bill Gates, Edward Luce to Mukesh Ambani, and Suhel Seth to Vinod Khosla, to cite a few. It is an amazing anthology of experiences, thoughts and insights about India that has likely never been attempted before.

Essays are organised into six sections that include politics and policy, business and technology, hard and soft infrastructure challenges, culture and soft power, and much more. In addition, there is an opening chapter on India's identity, and a closing one on India's place in the world. With every essay you are invigorated enough to want to move on to the next, in anticipation of finding something new and different - forcing you to mentally shift gears as well each time, but also allowing you to savour a new thought or an "inside story" you never knew - much like tasting the variety of items in a traditional thaali.

All the authors take great pains to explain the context of India and how we got where we are. That in itself is valuable. A certain commonality is visible in their view of the country's past - its origins, its sense of being a civilisation, its colonial and Mughal legacies, its freedom struggle, its democracy experiment. There is consensus as well about how it has stayed together as one country, the struggle for survival as a new nation, the border wars, the Indira Gandhi years, the economic reforms, the rise of the states, the mobile and IT booms. The demographic dividend, the attitudes of the youth, the consuming middle class, and the untapped potential of the country are taken up too.

So are all the country's problems looked into? The challenges of governance, inclusiveness, health, education, the environment, sustainability, security, infrastructure and urbanisation show up again and again. It is interesting to read different takes on the same issues - they are diverse, elegant and insightful. Of course, every essay also makes a case for what needs to happen or to be done to realise India's potential.

What I found most interesting and charming was that some of the essays were also sometimes personal. When Howard Schultz writes emotionally about Starbucks' entry into India, or Kumar Mangalam Birla recounts the story of introducing non-vegetarian meals at his cafeterias as his group went global, or Rohini Dey talks about leaving her "brand name" PhD and job to start a restaurant dhanda, it is fascinating to read. These essays are as much about their authors as about their views on India. Overall, the essays are optimistic and inspiring.

In the end, while they all exhort, expect, hope that India must, should, could, needs to do what it takes to unlock its potential, they really don't address the nub of the issue - why this it not happening and how it can be made to happen.