This collection of essays is a deep dive into India's health economy, posing pertinent questions to policymakers as well as practitioners of health care.
By Lov Verma | Print Edition: July 16, 2017 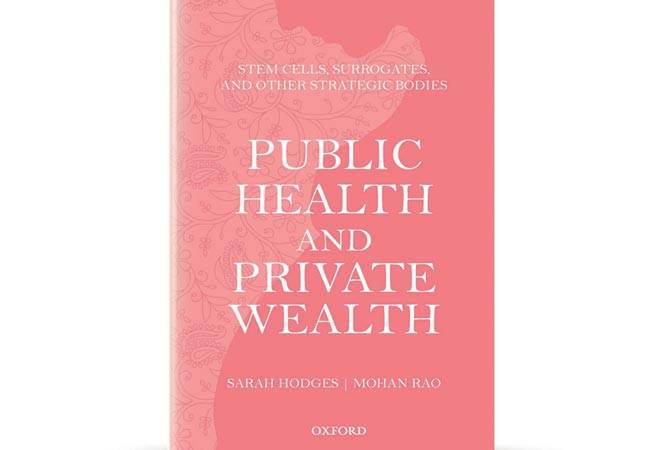 The intriguingly titled volume Public Health and Private Wealth edited by Sarah Hodges and Mohan Rao, gains resonance in the wake of the recently released National Health Policy of the Government of India. It is an eclectic collection of essays by well-qualified medical researchers and health care experts. In their introduction, the editors identify three "problematics" for further exploration - a historical perspective on the interplay of science, technology and medicine; the varied careers of the hospital in independent India; and the history of official science policy. An afterword critiques the indigenous turn in science.

The first part - The Quest for Improvement - kicks off with David Arnold's seminal analysis of colonial poverty. Arnold's central argument is that in India's colonial era, poverty was essentially seen as the consequence of disease rather than one of its underlying causes. Well-researched examples add heft to the author's thesis. From the general to the particular, Lakshmi Kutty examines tuberculosis as the quintessential disease of poverty. Kutty traces how dominant policy understandings of TB in the 1950s focused on political questions of poverty and deprivation. By the 1980s, however, the narrative changed and recourse was taken to techno-scientific solutions. Now, with drug-resistant TB raising its ugly head, the challenge remains to reconcile these divergent approaches to the disease and its treatment.

"The book is not afraid to talk truth to power, nor does it balk at aiming potshots at the holy cows of the health sector"

Rebecca William's essay focuses on the Khanna study, a well-known 'applied research' population control experiment run in the Ludhiana district of Punjab during the 1950s by researchers from Harvard. Williams concludes that the study isolated the bodies of the poor from their social, economic and political contexts, and transformed them into objects of medical knowledge and management. An important question left largely unaddressed by Williams is how research should be reconfigured.

The second part poses the crucial question: "India's Hospitals: For Whom?" Ramila Bisht and Altaf Virani review the health care landscape of Mumbai. Their cogently argued conclusion - that ill-designed public-private partnership (PPP) are a poor substitute to strengthening the public health care system - is a timely warning to India's health mandarins. As is Rama Baru's 'Commercialisation and the Poverty of Public Health Services in India'. Baru argues that, over the last six decades, in India, the private sector has become much more assertive and influential in shaping health policy at the state and national levels.

Myth-busting is a popular sport and Sarah Hodges slays reputations with gleeful irreverence. She makes two important points. First, that PR and image management played a significant role in the success of Apollo. Secondly, most multi-speciality hospitals succeeded both therapeutically as well as financially because they made very selective and strategic choices about their investments in specialisations. Touche

The concluding section, 'National Techno-science and Promising Bodies', is the book's weakest link. Mohan Rao's essay 'The Globalisation of Reproduction in India' is interesting in that it forges a link between overpopulation and eugenics in family planning in India. But his view of surrogacy as sexual and reproductive slavery, although thought-provoking, is rendered passe by the introduction of the Surrogacy Bill in Parliament. Priya Ranjan's article, 'Biotechnology in India', is a routine historical account and has no fresh insights to offer.

Rohini Kandhari, in her essay, observes that while state-sponsored basic research into stem cells remains preliminary, venture capitalists have exploited this unregulated medical scene. This has contributed to an extraordinary availability of speculative stem cell treatments. Kandhari would have done well to explore in greater detail the need for an independent regulator in this cutting-edge medical sector.

In the afterword, philosopher and historian Dhruv Raina shows how the interest in indigenous knowledge emerged in tandem with the politicisation of indigenous groups and indigenous rights movements. Unfortunately, Raina misses the opportunity to discuss the growing role - and relevance - of AYUSH in Indian health care.

Aimed at the medical researcher rather than the lay reader, the book offers fascinating material to policymakers as well as practitioners of health care. It is not afraid to talk truth to power, nor does it balk at aiming potshots at the holy cows of the health sector, be they corporate hospitals, government health care schemes or quick fixes like PPPs.

On the negative side, the book has a tendency to lapse into jargon or become too pedantic. But overall, it is a welcome addition to the burgeoning literature on Indian health care.

The reviewer is Former Secretary, Health and Family Welfare, Government of India

"Difference of opinion is different from disharmony"