'Age of supereconomies is different from that of superpowers'

Media entrepreneur Raghav Bahl talks about his new book Super Economies and how India and the US should deal with China's growing influence, in this interview with Business Today. 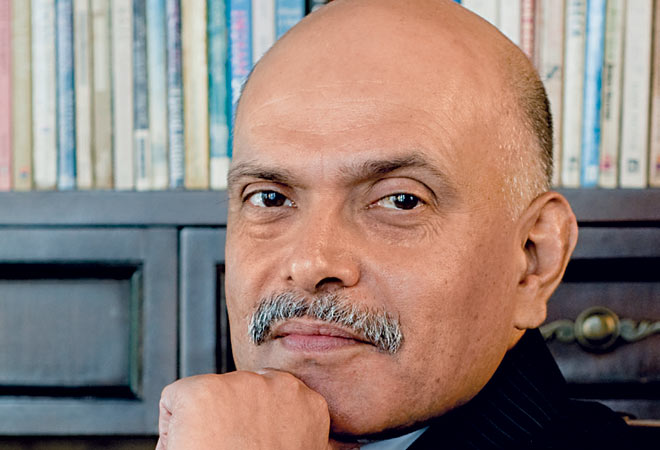 Media entrepreneur Raghav Bahl talks about his new book Super Economies and how India and the US should deal with China's growing influence, in this interview with Business Today.

BT: What are supereconomies? How did the book come about?

Behl: My earlier book was Super Power, which was a direct China and India comparison. When I was looking at the next book to do, I realised that that was a limited comparison between the two countries. The way I expect the 21st century to work out is three to four very dominant countries. That is where the concept of supereconomies comes in. Clearly, India, America and China will be the three dominant ones. Brazil is in the game but it is proving itself to be not a very innovative economy. And it's a bit far away from the world's geographical centre, which is Asia. So, it will be the age of supereconomies and not superpowers. 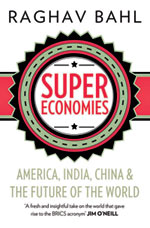 Super Economies: America, India, China & The Future of the World, By Raghav Bahl, PAGES: 416, PRICE: Rs 699, Penguin India
A supereconomy is an economy which is about 15 per cent of the global GDP. Currently, America and China are between 16 and 18 per cent of the global GDP. India is about eight per cent but is the fastest-growing. If you extrapolate over the next two or three decades, India will hit 13 to 14 per cent of the global GDP. Then, India will be the largest, most populous country in the world. If you look at the land mass, of course, there are larger countries but they are sparsely populated. In demographics, India and America will be two of the youngest and fastest-growing countries even in the next 30 to 40 years. Nuclear power - the ability to project military power - also lies with these three countries. When you look at all these factors, it's clear that there will be three dominant supereconomies. Within these three, India and America will inevitably become allies and China will stay out as a frenemy.

In the age of supereconomies, it's completely different where, though they would like to project military power, they are so deeply embedded into each other's non-military ecosystems - economies, people-to-people contacts, migratory labour, technology, digitally connected - so this will be the age of competitions and trying to win not military battles but battles of climate, negotiations, trade negotiations - largely economic battles. And influence will come from winning these battles.

BT: Wouldn't China's expansionist mindset come in the way of its economic ambitions?

Behl: China is a very smart country. Inscrutable but smart. I think both America and India have to give them extra space in the South China Sea. Not total domination, but extra space. They will want to dominate that area. In return, they would like to keep China much closely integrated into other global mechanisms - trade pacts, energy pacts. I see that as inevitable. But I don't think either India or America or even the Western bloc, clearly realises that here is a country that has become very powerful. And unlike the Soviet Union, it isn't isolated. It's very much integrated into the global system and the Chinese are intelligent enough to realise that a lot of their strength is coming from this integration. When somebody grows stronger, you have to cede it more space. If South China Sea is where they want a little bit of domination, the world will have to recognise that.

BT: But what if that "little" domination comes to Indian Ocean and then the Pacific?

Behl: That's where the world will have to draw a line. American influence backed by a strong India will be important to ensure that the Indian Ocean area, the southeast Asian communities will effectively have a frenemy relationship with China. My call is that this will not deteriorate into war only because everyone is too well integrated.

BT: In your view, is Japan only pricking China or is it bracing for a conflict?

Behl: It's tough negotiations. It's tough posturing but I don't think anyone is going to take it to war unless you start getting a bit irrational about it and say you want to confine China.

BT: Should India trade-off China's influence in South China Sea for a permanent place in the Security Council?

Behl: It cannot be a capitulation because India also has a lot of interests in the far east, including Japan, Singapore, Vietnam. So, I don't think India can capitulate which will also mean the Americans getting unhappy. So, it has to be a graded play where India will have to continuously send a signal that we understand that you have legitimate interests just as we have legitimate interests in South Asia and Indian Ocean. All of this is not going to happen in a day. It will happen over 10 to 20 years and a lot will depend on how we manage our economy. If we can become 12 to 13 per cent of the global GDP then we are in a very different space from a country which is seven to eight per cent of the global GDP right now. That, with the Western world's obvious affinity towards India will give us a much greater bargaining position. It will be a matter of time that we will get Security Council position. But if you try and confine China too much then you are showing it a red card. Ten to 20 years from now China will want Taiwan integrated. India will have to settle the border issue with China.

And we must. It requires a person with political capital. [Prime Minister Narendra] Modi has begun that process. He is virtually saying let's talk, let's not become inflexible about it. But I believe the Chinese response was "Abhi nahin" (not now). But those things will change as India becomes stronger. Currently, we are coming out of a long period of weakness. The first thing is for India to recover its economic mojo and create a much stronger alliance with America. Both these things are beginning to happen. I certainly don't belong to the camp that says that Modi has done nothing. I think he has put a lot of building blocks in place in the first year. These things don't turn around in a year. You will start seeing the results in the next year, two years.

BT: How far do you reckon India is from sitting in the Security Council as a permanent member?

Behl: We should be able to get that done in about a decade. China will play the spoiler for a long time. Russia will play a sort of duplicitous game because it will try to renew its influence in India which it's losing at a very rapid clip. India will have to get support from the Saudis, the Iranians, not just the American bloc. Chabahar is one way. India coming back into the mainstream is another. India has to renew its contacts with the Middle East, which fell out of the window when we became weak. Russia will begin to become a much weaker country in the next 10 years.

American economy is recovering its strength, American innovation is reasserting itself, American corporations are becoming more powerful. All of this will feed into a more assertive American position. If India can also start pulling its weight in this part of the world, then that's a force multiplier.

How much of a give-and-take can India do with China on the border? Arunachal, of course, India will not give up - at best we could give up Aksai Chin and say let's settle this.

We could probably give a bit of Arunachal, too. First is the conceding of the principle that we have to do a give and take. That it's cannot be one party take all. Then it's a question of working out the nitty gritties. You will have to give a part of Aksai Chin. You will have to give some parts of Arunachal as well. How it is packaged and how it is spoken of those are technical details.

BT: What will you get in return?

Behl: You will get peace on your border. You will get much stronger Chinese engagement with India, which works very well for India and gives us a greater bargaining power with the West. It never works like that and India will like to position it as a victory and they will like to position it as a victory. But the fact is you will have to give territory to them. You can then bargain a part of PoK [Pakistan-occupied Kashmir] from them and then dress up and package the negotiations as a great moral victory. They are in a position to do that. You have to swing the Chinese relationship to a largely economic relationship, rather than a military relationship. The real trade-off will be to improve the balance of trade by getting access to the Chinese economy. Making India more neutral towards the Chinese is very good for us to become a more assertive partner with the US, rather than being a dependent partner.

Why did we become irrelevant in the world? India's voice was heard in the 70s and 80s. It's in the 90s that we got wiped out of diplomacy in the world. In the 90s India had become so weak economically. We got trapped in our own economic crisis (which was) so severe. And then we didn't even repair our economy as fast as we could have. We did a large amount of trade and investment liberalisation. But the Manmohan Singh, Narasimha Rao package was trade and investment liberalisation. Vajpayee did quite a bit of structural change but the UPA came and a lot of change was held back.

Book review: Dream With Your Eyes Open, by Ronnie Screwvala

Book review - Coined: The Rich Life of Money and How Its History Has Shaped Us