The book takes you back to discussions, characters and moves that shaped the first century of the Indian Railways
Anilesh S. Mahajan | Print Edition: May 21, 2017 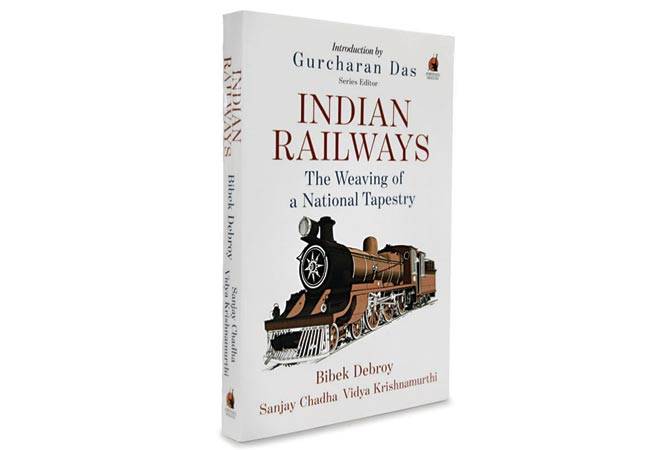 Indian Railways: The Weaving of a National Tapestry

Over the past six months, a number of Indian economists have talked about Sir William Mitchell Acworth. In the 1920s, a 10-member committee headed by Acworth had recommended separating railway finances from general government finances. Now, nearly 92 years after Acworth's death, the government has reversed this decision. In this year's Union Budget, Finance Minister Arun Jaitley tabled a comprehensive Budget; the NDA government is also pushing some other critical reforms in the Railways, many of which were suggested by Acworth.

Acworth was one of the busiest men of his time. He was working with the Royal Commission of Enquiry into the Canadian Railways, the Royal Commission on South Rhodesian Railways, and subsequently as director of the Underground Electric Railways of London (the modern-day Tube) and Mainland and South Western Junction Railways. He was the pointman for the Railways, not only in England, Scotland and Ireland but also in mainland Europe, Canada, Rhodesia (South Africa) and the US. India accepted some of his recommendations, including fiscal reforms and segregation of the Budget, and charted a new era for its Railways. If temples and pilgrimages united ancient India, the India Railways did so in the modern era.

Acworth was influential but not the only player. Several other British economists, engineers and commerce experts, too, shaped India's railways. In the book, Indian Railways: The Weaving of a National Tapestry, Bibek Debroy, Sanjay Chadha and Vidya Krishnamurthi narrate stories around many of these discussions. Many agree that some of the recommendations of the Acworth Committee are still relevant and must be implemented to modernise the Railways. Interestingly, all the three authors, along with Gurcharan Das, the editor of the Indian business series that this book is part of, were on a committee that had recommended doing away with the separate Railway Budget.

Among other discussions that happened under the British rule, the most relevant ones relate to the relative importance to be given to waterways and railways, role of private players, balancing of freight and passenger traffic, and who will invest in the infrastructure. All these subjects are relevant even today. British engineer Sir Arthur Thomas Cotton, for instance, was in favour of connecting the sub-continent with waterways as an alternative to railways. However, this was opposed by Indian nationalists, as they felt that if there was to be a trade-off between irrigation and railways, it would be better to opt for irrigation. It was pertinent, too. As the book explains, the Railways were not built with Indian economic interests in mind, but to export Indian products and import products from England. On the other hand, irrigation would help agriculture and help eradicate rural poverty.

The book also has a mention of Royal Engineer Sir Rowland Macdonald Stephenson, 'the man with wild dreams', who put on paper the first plan to connect Calcutta (East India Company) with London with two breaks, one at the English Channel and the other at Dardanelles. He was not as eccentric as many government officials thought. He was thinking beyond Calcutta and some short-term interests of British and Indian traders. Stephenson's arguments were supported with developments and connectivity improvements in mainland Europe. He travelled to China in 1859 to seek support for his idea to connect Calcutta with Hong Kong, Peking and other parts of China. But as history would have it, all this stayed on paper.

The history of the Railways in India is interesting, but it was not happening in isolation. The evolution saw changes under three governance models - the crumbling East India Company, 90 years of British rule, followed by rule by Indians.

The book puts in perspective several critical incidents and takes you behind the scenes. Prior to this, there have been several works that have put many of the events on record, such as Nalinaksha Sanyal's Development of Indian Railways, Ian J. Kerr's Building the Railways of the Raj, Laura Bear's Lines of the Nation, Marian Aguiar's Tracking Modernity, along with John Hurd's and Ian J. Kerr's India's Railway History - which is considered a must-read to understand many of the events that have happened over the last 175 years.

The book is a decent attempt at bringing relevance to the history of India's premier transporter, especially at the time when the government is going all out to make it more efficient and modern.

Although the research is good, the narration is mediocre. The poor production of pictures leaves a lot to be desired. Moreover, while the book talks in detail about what was happening in India, it ignores the fact that the British, along with other European countries, were doing similar exercises in other colonies as well. These missing aspects could have made this book a must-read. Still, it is a good read for first timers and can act as a trigger for others to undertake more research and produce more interesting literature on the subject.