Every year brings with it some eagerly awaited gadgets and 2011 is no different. BT More gives you a round-up of some very cool and futuristic devices that will be the stars this year.

Year 2010 was the year of transformation. The gadgets arena saw the insurgence of supersmartphones that took the world with a 'Storm' and tablets that led to break-neck competition amongst both device makers and platform players like Android. Sure the formidable Apple iPad started it all, but the ripple effect saw the uprising of a horde of other players like Samsung and Dell to come out with tablets of their own. Then there was the advent of 3G and 3D among the mainstream products, making smartphones smarter and giving TV owners the option of newfound 'depth'. The year 2011 continues the influx with devices that are deservedly super-hyped-from Apple's newer version of MacBook Air and Magic Mirror TV by Ad Notam to HTC 7 Mozart and of course, the Blackberry PlayBook. Here are some of the most interesting and splurge-worthy devices of year 2011.

NOTION INK ADAMNotion Ink Adam, India's answer to the iPad, is an Android-based tablet that boasts of a frugal nVidia Tegra processor and a PixelQi screen, both of which ensures that it has an unbeatable battery life. Also, the Tegra chip is faster and is capable of handling full HD (1080p) content. Adam packs almost everything under its hood to be a powerful contender in the tablet PC arena. It sure is a device with a solid mettle, particularly for an Indian start-up which plans to make it big in the tablet market, discretely or openly competing with the big-print contenders like iPad, the Blackberry Playbook and the Samsung Galaxy Tab.
Price: $550 (Rs 25,178)
Specs
3.2 MP Auto Focus Swivel Camera
NVIDIA Tegra 250
1GB DDR2 RAM
3 cell 24.6Whr battery
10.1" WSVGA (1024 x 600) display
A-GPS, Wi-Fi, Bluetooth 2.1
725 g

ZOOM Q3HD CAMERA
The high definition audio offered by the Q3 handy video recorder has now been joined by HD video with the release of the Q3HD. Featuring full 1080p at 30 frames per second or both 30 and 60 frames per second at 720p, the new model now benefits from a 5 megapixel CMOS sensor and an F2.8 fixed focus lens with 4x digital zoom. With one hour of video with bundled 2GB SD card slot and 32 GB SDHC card for 16 hours of video, the device is spared of memory issues.
Price: $299 (Rs 13,687) AD NOTAM MIRROR TV LINE
The Ad Notam Mirror TV range combines conventional mirror surfaces with a sophisticated monitor system. An LCD Active Matrix is mounted behind a mirror surface to display anything from TV and Satellite channels to PC presentations and video games. The LCDs target the progressive consumer who wants to add the convenience of an LCD Television in spaces like bathrooms, bedrooms and living rooms. In addition, when the Mirror TV is combined with 'Magic Mirror', it completely disappears when turned off. When customisation is finalised, you will be able to recess this into the wall, hang it as a picture or even integrate it into the furniture. Now that's state of the art!
Price: Rs 1.5 lakh onwards

MICROSOFT KINECT XBOX
Taking motion gaming to an altogether new level is Microsoft's Kinect, an add-on for the XBOX 360. Unlike the Ninetendo Wii and the Sony PlayStation, this remote free device enables you to control and interact with the XBOX 360 through a full-body play or the sound of your voice. Its motion tracking cam features a sensor that outputs video at a frame rate of 30 Hz; the monochrome depth sensing video stream is in VGA resolution (640x480 pixels) with 11 bit depth which provides 2,048 levels of sensitivity and a multi array mic. Owing to these features, it has a full body 3D motion capture, and accurate facial and voice recognition abilities. It tracks up to six people, but only two active players at a time.
Price: Pound 250 (Rs 17,739) bundled with the XBOX 360 4GB

APPLE MACBOOK AIR
Apple recently launched a new version of its two-year-old ultra-portable Macbook Air, and revealed a new, smaller version that could be described as the first Mac netbook. The 13.3" Macbook Air has been bumped up to feature a 1440x900 display, an Intel Core 2 Duo processor, Nvidia GeForce 320m graphics processor, and a total unibody aluminum design. Unlike previous versions of the Macbook Air, it has no hard drive; and has shifted over to 100 per cent flash-based memory like the iPhone and iPad. With the shift to Flash memory, the battery life has stretched to 7 hours from the previous 5, has a 30-day standby time, and features instant-on booting.
Price: 11": $999 ( Rs 45,698); 13": $1,299 ( Rs 59,421)

SAMSUNG 7.1 CHANNEL BLURAY 3D HOME THEATER SYSTEM
Now that Blu-ray has officially triumphed over its rival HD DVD, it's only natural to arm our living spaces with the technology. Take the Samsung HT-BD2T: it's the first home-theater-in-a-box system in the world to feature a built-in Blu-ray player. It's exactly the sort of gorgeously styled system-curvy disc player, matching 7.1 channel speaker/subwoofer system-that's dominated the top-end of Samsung's home-theater line-up for the past few years, except that this one plays Blu-ray Discs in addition to DVDs and CDs.
Price: $1,500 (`68,668) 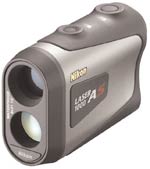 NIKON LASER 1000A S
This rangefinder from Nikon aims to make the golfer's life simple. Besides the display modes of actual distance, horizontal distance and height, it also features a golf mode that provides slope-adjusted distance (horizontal distance plus/minus height), enabling the user to confidently determine how to approach a hilly course. The Active Brightness Control Viewfinder features an orange LED which is automatically turned on when it is used in darker situations and brightness of the LED is adjusted according to their surroundings. Besides a 6x monocular with multilayer coating for bright and clear images, it boasts an eyepiece opening for easy viewing and a 7.5 degree wide field of view. While the eye point design helps you use it over sun-glasses, water resistance of up to one meter for 10 minutes makes it great for under-water usage.
Price: On request HTC 7 MOZARTOut of all the Windows Phone 7 launch partners, HTC has evidently been the most hard-working among the lot. The utterly desirable and not-so-modestly priced HTC 7 Mozart is the most stylish phone to flaunt this year, we dare say. Flip the phone around and you'll see its two main selling points: the aluminum unibody construction and an 8 megapixel camera with Xenon flash. The touchscreen is large, clear and bright and supports multitouch gestures, such as 'pinch to zoom'. The 800x480 pixel resolution isn't the largest available on a smartphone, but it's still noticeably more roomy. The phone also doesn't come with a microSD card so you have to be satisfied with an 8GB phone memory.
Price: Rs 30,000

BLACKBERRY PLAYBOOK
Competing with Apple's iPad, Blackberry has brought out a smaller, lighter and speedy tablet. At its heart, the BlackBerry PlayBook is a multitasking powerhouse. Its groundbreaking performance is jointly fueled by a 1 GHz dual-core processor and the new BlackBerry Tablet OS which supports true symmetric multiprocessing. Measuring less than half an inch thick and weighing less than a pound, the PlayBook features a vivid 7 inch high resolution display that looks and feels great in your hand.
Price: $500 (Rs 22,872)

OPTOMA IPOD DOCK
Unlike usual iPod docks, the Optoma's Neo-i features not just built in speakers, but also a 50 ANSI Lumen pico projector which is able to pitch images up to 120 times larger than the native WVGA (the usual digital display resolution) size of 854x480 pixels and a bulblife of over 20,000 hours. Besides a 30 pin dock connector for all Apple products, the device also features HDMI and VGA inputs which make it compatible with a wide range of audio and video devices. While the audio power is rated at 16W, the projections have a low brightness of 50 lumens, which means a pitch dark room is required for a decent picture quality. Once docked, users can access their iPods through an IR remote control.
Price: $449 (Rs 20,539)

Why did I marry you anyway?

Putt your act together