India ‘lives’ in different eras even as Indians happily co-exist. In this issue, we give you glimpses into three new books—all first of their kind attempts by the authors—which delve into different cultures, beliefs and surroundings that we see around us even today. 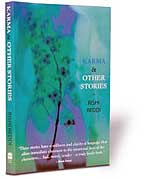 The Validity of Love

My friend Supriya and I had been roommates in the South End for two months when the letter came from her father about arranging her marriage. It was in a simple white business envelope, and because we had known each other since we were six years old, I read it at the same time as she did, standing at the kitchen counter, looking over her shoulder. Women have certain urges, Gopal Uncle had written. These are natural and part of life.

We looked at each other and groaned. “I thought Indian women didn’t have urges,” Stu said stoically.

We had just finished college and found jobs, and we felt unbound from our parents, who lived only 12 miles away in Lexington. We had a Ganesha that hung on our threshold, and an ample liquor cabinet to welcome a steady stream of friends that came for late night parties and weekend brunches or dropped by after work. We had so convinced ourselves that we were free and hip and American that, when the letter arrived, we were immediately suspicious.

How did it feel to be back home after being away for many years? What scraps of memory had life stirring in them, kindling the light of home again? Voices of people, faintly cracked with age, crickly smile along faces with deeper furrows, a quivering presence on the rickety wicker chair in one corner?

Wasn’t there so much else? Surely there was. Over 200 years old, tucked away in a narrow north Calcutta alley, the house had mellowed in a smoother, more spacious way than its contemporaries, fermenting in the feudal aura of a large, extended family with slowly disintegrating branches.

Excerpted from Silverfish. By Saikat Majumdar, Rs 295/ Pp 293
(with permission from Harper Collins)

My first encounter with Gandhi in Ahmedabad was almost unreal. Late in the evening, I had checked into ‘Gandhi Ashram’, a small hotel right beside Gandhi’s ‘Sabarmati Ashram’. I did not sleep well and it was still dark the next morning when I walked down the long corridor and out into the balcony for some yoga exercises...

...As dawn broke, I suddenly noticed a plastercast head lying in the corner, and iron rod protruding out of its neck— the remnants of a statue of Gandhi that had been thrown out on to the balcony, along with a bust of Tagore and the water heaters.

I was shocked, not only because the figures at first resembled impaled heads straight out of a nightmare of some medieval war scene. It also seemed a telling metaphor for the way the government— the hotel belonged to the State Tourism Corporation— treated Gandhi, and its guests.

Excerpted from Goodbye to Gandhi
By Bernard Imhasly, Translated by Ritu Khanna, Rs 425/ Pp195 (with permission from Penguin Books)

Get rid of back pain