The phrase Tex Mex conjures up images of men in sombreros serving rodeo-style food, so we step into the food festival at the Jaypee Vasant Continental with trepidation. The festival at Eggspectation, their all-day coffee shop which is on till the 13th of December is proving to be popular with many in the capital. Most Mexican restaurants have a record of doing poorly in the capital, because even though the flavour palette is similar to what we eat in India, very few get it right.

This festival is no different, with an equal number of hits and misses. The marinades are too sweet and while some dishes are good, the meal fails to hit the spot. Begin your meal with the South-western chicken wings which were juicy and succulent. Moving on, the pulled chicken and juicy steak flauta which is essentially a deep fried tortilla served with sour cream and guacamole was perhaps the dish of the day. The smooth sour cream served as the perfect foil to the otherwise rich dish which was full of flavour. The vegetarian version is equally appealing. The trio of dips served with nachos is also interesting with the cheesy one the best of the lot. 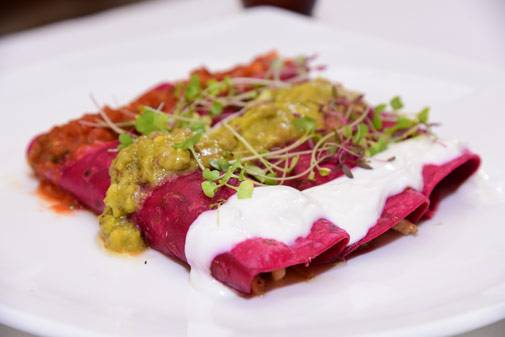 Moving onto mains, the barbecued pork ribs served with a bean and chorizo chilli is avoidable as the barbecue sauce overpowered the rest of the dish. The lamb shanks were much nicer in comparison and gave the meal an added dimension. Slow cooked Lamb Shanks
End your meal with churros which are soft, pillowy pipes of flour dusted with cinnamon sugar and served with a chocolate dip. The powdered sugar could have been smoother but the dish on its own was delicious, though I wish the dipping sauce was thicker as is the norm across Spain where these are served.

While the meal was not terribly off the mark, there was nothing inspiring about it which would make me return. If Tex Mex is your thing, stick to the tried and tested and you won't go wrong!

On till 13th December 2015 at all Jaypee hotels