The truth about processed meats
The next time you reach for salami to add to your lettuce sandwich, swap it for some fresh, sliced chicken and do your body a favour.

Most of us find ourselves in a constant state of conflict - to eat or not to eat? The dime -a-dozen studies carried out, meticulously investigating the pros and cons of each morsel we eat; can be confusing to say the least. As tempting as it is to throw up your arms in surrender, the innate desire to live longer makes us sit up and pay heed to research that tells you what to eat or not. One such study that has recently demanded attention owing to its sheer relevance to our diets, is one that examined the direct relation between processed meats and bowel cancer. To quote the World Cancer Research Fund, an extra 100 gm of processed meat per day increases your risk of bowel cancer by about 36%! Now think of your stocked freezer; the sausages, spare ribs, pork belly, bacon, luncheon meat, ham and salami if eaten in large quantities spell bad health. Watch your consumption, though you needn't cut them out altogether. It is well documented that a balanced diet will boost your immunity and vegetables, greens, fresh meat and fruit will go a long way in increasing your mortality. So cut back on the processed meats to steer clear of health complications. 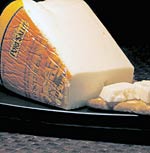 Say cheese
The next time you say a loud 'cheese' before being clicked, remember it's for a good reason. It has been found that cheese has more to offer than just its taste and texture. Research indicates that eating a small cube of cheese after every meal does your teeth a world of good. The alkali content in cheese is one of the most effective ways of neutralising the acid content left behind from your meal. Depending on the texture and alkaline content of the cheese, some are more effective than others; while cheddar contains a large amount of alkali, softer varieties like feta and brie are relatively ineffective. And don't fret about the weight gain, you needn't gorge on large chunks, even a small bite will do the trick. Though it's no substitute for brushing your teeth, why complain if you can bite into cheese that tastes good and has health benefits as well? So don't just save it for the camera, make it a habit to say cheese after after dinner and dessert!

Colour healing
Colour therapy has been around for generations, but it's now that it is gaining popularity in treating a wide spectrum of conditions ranging from depression to eating disorders. The philosophy behind it is simple; light and colour are forms of energy which together make up wavelengths and frequencies. The body is divided into chakras - each one representing a distinct part of the anatomy and represented by a specific colour. Every colour denotes either a physical, emotional or spiritual state and can be either negative or positive. Colour therapy harnesses the positive energy by using its associated colour, and dispelling the negative energy along with its corresponding hue. It also works well when paired with other alternative therapies like aromatherapy. Colour yourself happy, and say goodbye to health blues. Little Miss Sunshine
Contrary to what you've been told, there's lots to be gained from exposure to the sun. Articles about the damage caused by UV rays have coloured our perception and led most of us to believe that exposing our skin to the sun is bad for health. Studies have proven that it is vital for our skin to soak up some sun during the summer months as this time is used by our body to replenish the Vitamin D that is in short supply during the rest of the year. For both physical and mental well being, a minimum of 20 minutes of sunlight each day is imperative for good health. So the next time you're popping out for a short walk or heading out for chores, don't bother smothering your skin with sunscreen; stick out your face and arms and soak in the goodness of then sun to give your body that much needed vitality. Don't overdo it though; twenty minutes should do the trick.

Eye spy with my little eye
Been dodging a visit to the doctor? Here's a sure shot way of knowing if there's any need to go down that road at all. The easiest way of spotting if something's wrong with your health is by looking at your pupil. There are three signs to look out for: cat's eye reflection which shows up as a whitishyellow reflection in one eye while the other looks absolutely normal; if you suddenly develop a squint it might mean more than what meets the eye, and lastly, any redness or swelling could imply graver health issues. So if you notice any of these signs reflected in your pupil, it's time to visit the doc.
TweetYoutube