Thirty years after The Wall, the concept album finds itself alive and kicking. Well, almost.

Sometime in the Eighties, the grandiose idea of rock n roll as opera died a quiet death. With the break-up of Pink Floyd and The Who early on that decade and the irrelevance of such stalwarts as Jethro Tull and Rush, the days of bombast and elaborate rock operas seemed well buried. Or so we thought.

This decade has seen a clutch of concept albums from major league artists, and now, at the wee end of a strange musical decade, we get two big and often overblown albums from two big American bands, The Decemberists and Green Day. 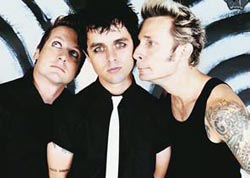 The Decemberists are a bookish, articulate band from Austin, Texas, who made their major label debut this year with the baroque pop album, The Hazards of Love. Now here’s the loopy bit—it is about an English princess, Margaret, who has a tryst with a shape-shifting faun, gets pregnant, and then goes on to tackle the fury of a forest queen and a rapacious, murderous rake.

It really is as strange as it sounds. The songs are rich in detail, combining fey guitars, mellotrons, Wurlitzer organs with the occasional heavy metal crunch, which seems totally lifted from old Black Sabbath albums. It is this inherent weirdness that keeps an otherwise slight album interesting.

The same can’t be said for Green Day’s 21st Century Breakdown. The lovable punks, who gave us such delightful pop nuggets as Dookie and Warning, have now become bloated and self-important, confusing their vapid agitprop as the real thing. Still, it would’ve made some sense had it not been centred around a hackneyed concept of two lovers—Christian and Gloria—finding their way through Bush-era Detroit. The album is divided into three acts: “Heroes and Cons”, “Charlatans and Saints”, and “Horseshoes and Handgrenades”, not that any of this means anything. At the end of the day, all you learn about Christian and Gloria is that they’re young and idealistic, they hate capitalist imperialism and are consumed by inertia. The songs do little for either the concept or the band. You get a copy-book of classic rock clichés, from echo heavy plodding ballads like Last Night on Earth, the pomp of Freddie Mercury without the wit in Before the Lobotomy and drum parts and guitar figures lifted from The Who.

The Decemberists, too, wear their influences on their sleeve—a mix of Fairport Convention and more esoteric English folk and metal bands like Pentangle and Black Sabbath. So, you get delicate madrigals like The Hazards of Love 1 and Isn’t It a Lovely Night, and a massed church choir on The Hazards of Love 3. The Decemberists say that they made the album to rid their bonnets of concept album bees, which makes it tolerable. But for Green Day to make their album to earn megabucks and then rant about corporate greed is a bit rich.

The joy of shopping