Your mini-magazine at the front with everything you need this month from events, luxury, arts and culture to cars, tech and how to sign up tiger woods... 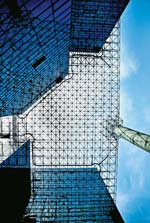 Beyond Lutyens’ Delhi
A new book takes a fresh look at our nation’s capital and discovers some thrilling architecture out there. And not just the old stuff either.

Edwin Lutyens’s design was arguably the first Western handprint on Delhi’s architecture, a neo-classical ode to columns and arches that eventually gave way to the more functional concrete exteriors of today.

This evolution is chronicled by Rahul Khanna and Manav Parhawk in The Modern Architecture of New Delhi. They argue that Lutyens’s vision was something to overcome— and so it was. “Lutyens,” they write, “was a throwback. He was out of sync with the movement taking shape in Europe, one that would define its newly found spirit after World War I—the modernist movement.”

It’s that movement where Khanna and Parhawk set their sights, deconstructing buildings like the Sri Ram Centre, where thick slabs of concrete support the roof of its circular foyer and radiate from the centre like a grey sun. These buildings deserve attention—they make up the varied shades of India’s capital, and speak to the context in which they were built.

[DEC. 1-JAN. 15]
Where: Throughout Chennai
Check out:http://www.indianheritage. org/musicseason
Dance & Music Season
Classical musicians and dancers perform all over the city for the chance of one good review. Artists make or break it here, but for the audience, it’s just good fun. 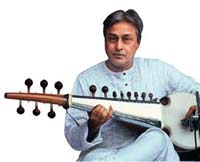 [JAN. 15-17]
Where: New Delhi; Check out: http://www.ifows.com
India International Food and Wine Show
For industry professionals or amateur foodies, this is the holy grail. Visitors will be able to taste and buy products, as well as learn about new trends. Entrance is free, but registration is required. 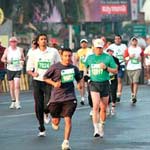 {JAN. 28-FEB. 8]
Where: Park Circus Maidan, Kolkata
Check out: http://www.kolkatabookfaironline.com
Kolkata Book Fair
The world’s largest non-trade book fair is a Mecca for literature lovers. Controversies over where it could be held last year resulted in its temporary ban, but its prominent status seems to be swaying the tides back again for now and keeping it the same outdoor fest that has gained such fame over the years

[JAN. 31]
Where: Leela Kempinski, Gurgaon;
Contact: pippa@paragraphpublishing.com, sandeep@sllpl.com
Whisky Live
The most high profile whisky event in the world comes to India for the first time