The five most haunted places in the world

A look at the five most famous haunted places across the globe, and the ghostly tales that make them such an attraction. 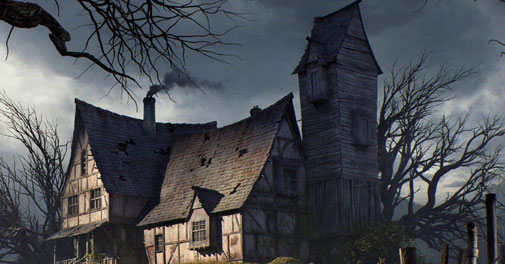 Do you have an appetite for movies that transport you to creepier dimensions, where demons lurk under pristine 18th Century four-poster beds and leap out at you from the shadows everytime you look away?

Have you felt the urge to play Van Helsing, stepping out in the cold of a moonless night with little else but a vial of holy water and a stake - all set to free fair-but-undead maidens from the shackles of the dark count's curse? While it's humanly impossible to find a magical portal into Bram Stoker's imagination, the expanse of this world accommodates many an exotic locale that attracts tourists through tales of a haunted past. A look at the five most famous haunted places across the globe, and the ghostly tales that make them such an attraction. 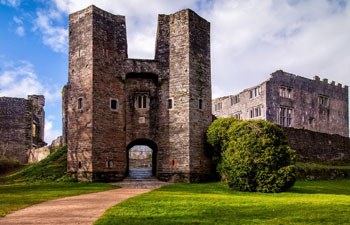 Berry Pomeroy Castle
As the sun sets on this haunted castle in Britain, passersby have been known to see two very chilling apparitions - a lady clad in blue, and another adorned in pristine white. And when they are not around, ghostly horses are heard galloping across the roof - followed by a sudden thud on the ground beneath. Ask anyone living in the neighbourhood, and they will recall the age-old tale of two princes who mounted their steeds and rode off the top of the castle. They died, but didn't really go away.

However, it's the two ghostly ladies who make the Berry Pomeroy - built by the Pomeroy family in the 12th Century - the legend that it is. The White Lady came about when Margaret Pomeroy was subjected to a slow, painful death by her evil sister Eleanor (who became the Blue Lady in her astral form) because she was jealous of her beauty. Even today, in silent moments far and in between, guards and caretakers hear the sound of Margaret sobbing - begging Eleanor to take her life and be done with it.

But behold! If you pass through this castle in the twilight between night and day, you may hear the voice of a woman softly calling for help. Do not stray away from your path and follow the voice; it's just an attempt by the Blue Lady to send you tumbling down the cliff and onto the rocks below. 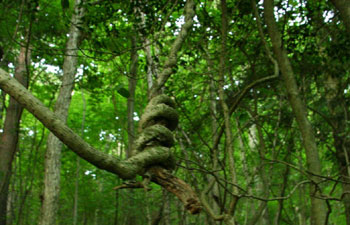 Aokigahara Forest
If you thought Hello Kitty was the weirdest thing to come out of Japan, think again. At the foot of Mount Fuji lies a forest called Aokigahara - literally translated as 'The Sea of Trees'. But, ask around, and you will find that the forest also accommodates thousands of other organisms that you may have regarded as fictional until now. What, you ask? Well... goblins, ghosts, monsters, weird four-legged frog-like creatures, and if you look around real hard, even that pale, long-haired girl from 'The Ring'.

But legends and old wives' tales are not the only things that lend Aokigahara its sinister reputation - the forest is also known to be the most favourite haunt among people who have opted for the suicide solution. In 2002 alone, as many as 78 people killed themselves under the shadow of its trees, turning it into the third most famous suicide spot in the world. While one can't attribute the cause of the suicides to paranormal phenomena with utmost surety, it doesn't take away from the fact that a visit to this forest is a very thrilling experience indeed. Changi Beach
Aren't beaches the most tranquil and soothing places on earth? Not.

Pay a visit to the Changi Beach at Singapore and you would immediately realise that something very sinister lies beneath the beautiful waves calmly slapping themselves onto the sand.

But then, you start getting serious scared only when the fisherfolk in the area recount how the beach once served as a popular killing ground of Chinese soldiers by the Japanese during the second world war. The mere suspicion of anti-Japan activities was enough for officials from the Land of the Rising Sun to torture and kill thousands of Chinese soldiers, before dumping them in trenches dug across the beach.

Today, nearly seventy years later, memories of the horror remain. And on occasions, when darkness shrouds the sea, dead Chinese soldiers can be heard proclaiming their innocence in painful shrieks above the sound of the crashing waves. And deep pits are found littering the place, as if the beach were begging for full payment - in souls. Screaming tunnel
Deep in the depths of Ontorio, Canada, stands a small limestone tunnel, running under what was once the Grand Trunk Railway line. In the tunnel resides a spirit - the last vestige of a young girl who was allegedly burnt to death by her own father because he couldn't win a judicial battle to retain her custody.

Okay, there are different versions to the tale. While there are some who obstinately insist that the ghost actually belongs to a girl who escaped from a burning farmhouse in the vicinity but ended up dying inside the tunnel, others say that the victim haunts the structure because her body was burnt and buried under it by robbers. But whatever they may say, everybody agrees that if you stand in the middle of the dark tunnel during midnight and light a wooden matchstick, a girl starts screaming in agony. Again. And again.

Tell me that didn't give you the heebie-jeebies. White House
The most famous address in the United States - 1600, Pennsylvania Avenue - is also the country's most popular haunted house, second only to the overhyped Amityville mansion. Everybody in the White House - from presidents, first ladies and staff members to unsuspecting guests - have reported feeling ghostly presences, hearing unexplained noises and even running into actual apparitions.

Several people are said to have witnessed the spirits of former presidents of America such as Harrison, Jackson, and first lady Abigail Adams. The most famous incident of the kind pertained to Eleanor Roosevelt feeling Abraham Lincoln's gaze on her while she worked away in one of its bedrooms.
Tags: Berry Pomeroy Castle | Totnes | Aokigahara Forest | Changi Beach | Singapore | The Screaming Tunnel | Canada | White House | United States