They have come from different parts of the world but share a common passion—Indian food.We asked a few expats where they love to eat and what their favourite Indian dish is. 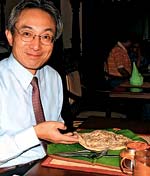 The love story: When Atsushi Kaneko first visited India two years ago to check out the local market, one of his first priorities was to find a place to eat great seafood. By the time he assumed charge as Managing Director, Seiko India, a few months later, he had zeroed in on Karavalli at the Taj Gateway in Bangalore as the place to get the best king prawns, Seer fish and most importantly, his favourite seafood, squid. “I eat Indian takeout food every day, but really look forward to my seafood meals,” says Kaneko over lunch at Karavalli. Typically, Kaneko opts to begin his meal with squid starters (a Mangalorean dish named Anglo Squid Peri Peri), king prawns and Karimeen and clearly enjoys himself. “We eat lots of seafood back home, but there are few good places for quality seafood in India,” says Kaneko. Despite his penchant for squid, he opts for other seafood for the main course, choosing the Allepey Fish Curry and Goan Prawn Curry with Appams and Kerala Paranthas for his main course.

“This is great food, but I’ve got a meeting straight after, so I can’t overdo it,” he says, even as he is goaded to bite into a fried red chilli by his colleagues. Like most Japanese, Kaneko takes his seafood seriously, shrugging of his blazer and ceasing all chatter as he first tackles the bony Karimeen and then digs into the seafood curries. Despite spending 90 minutes on a busy day over lunch, he’s not content to focus on the food alone, asking this writer about other seafood restaurants and places where one can get tuna in India. “Kaneko often knows about the newest and hippest places before we’ve even heard of them,” one of his colleagues says. First among them in more ways than one. 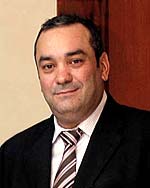 Mekachera's favourite
The love story: Mekachera is head over heels in love with Indian food and his favourite restaurant is Khyber in Mumbai. The food here, he says, is delicious. He also loves the delightful, antique decor and ambience, which make him feel immersed in Indian culture.

Apart from the food here being fantastic, Mekachera says it offers him a diversity of choices. He thrives on the Murg Malai Kebab, the Tandoori Chicken, Cheese Naan and yellow-dal with rice. Here’s a Frenchman who’s truly been “converted”. 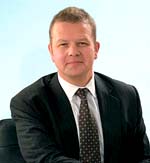 The love story: James is a foodie and loves all things Indian. But he loves Malwani food the most. And he loves this small joint in Worli despite the fact that it’s a no-frills restaurant on the roadside. “The food is great here,” he affirms, adding that it is cooked in a clean environment. He also vouches for this place since it is frequented by a lot of the locals. His favourite dishes here? Several actually, but he shortlists the following: Prawn Koliwada, Fried Pomfret and Kottayam Curry. The food is authentic, he says, which is something not too many restaurants can say any more.

The world at your doorstep