Alcohol lends itself to interesting contradictions. A legal drug that excites when you want to remember, and numbs when you want to forget. Although this complex concept serves the universal psychological function of unleashing inhibitions, each country drinks differently and has over time come to own spirits. For instance, the French ritual of popping bubbly and then spraying it is a sign of bourgeoisie supremacy that dates back to the country's golden age Belle Epoque.

A more religious reference is the pairing of bread and wine being equated to the flesh and blood of Christ, something that has turned it into a classic food pairing in Italy. The Czechs on the other hand, ushered in pub-culture which made beer a casual drink to be downed with friends over soccer. The Czech saying Kde se pivo vari, tam se dobre dari means where beer is brewed, life is good. Such cultural anecdotes have come to shape the way drinks are savoured globally.

MUST READ:World map of Whisky

Whisky: Scotland's Malted Marvel
The Scots often say that 'because the weather is cold, we keep ourselves warm and busy with malts'. Stephen Marshall, Global Brand Ambassador of Dewars agrees with this rather pragmatic proposition. He tells us that the Scots like their whisky neat or with just a splash of water. It may also be served with beer, in what's called hauf 'n' hauf. On the west coast of Scotland, there's a tradition of drinking whisky every hour during weddings. When the minister calls for silence, each member of the party drinks in turn, toasting their neighbour and emptying their glass. In central Scotland, when a man courts a woman, it is customary for him to present her family with a bottle from a local distillery. This is promptly opened and shared. Single malt scotch is best paired with smoked fish, meat and ginger-based desserts. The Scottish word for cheers is Slainte tha, which when lierally translated means, 'to your life'. 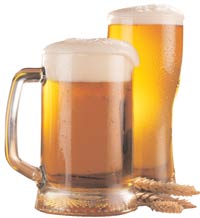 Beer: Distilling Like the Danes
In 1917, a heavy tax imposed on liquors indirectly led to Denmark's strong beer culture. While beer was also taxed, breweries' profits were used for the benefit of the workers producing it. In effect, beer-drinking became a symbol of solidarity with the working class. At the time, Danish brands Carlsberg and Tuborg launched stronger, bitter beers. This initiated a culture of conspicuous consumption which got the elite to take pride in associating themselves with high-quality brewing.

In Denmark, there is a popular belief that distilled spirits high in alcohol content dissolve fat of fish one has just eaten. This supposedly makes it easier to digest and allows one to eat more food. Carlsberg Brewmaster Morten Ibsen tells us the Danes love to drink beer with almost every meal, or in between. While the classic Guld pale lager and Hvidtøl white beer are common throughout the year, special Christmas and Easter brews such as malty mixes of brown ale and dark lager are traditionally enjoyed with rice pudding.

Before the first sip, the custom among the Danes is to raise the glass, look at its foamy head, then look into each other's eyes while saying 'Skal'. Vodka: From Russia With Love
This bitter colourless spirit originated in Poland where it was used as a medicine until late 16th century. Given the poor technical facilities and hygiene standards, mass production never really caught on. It was around then that the spirit travelled eastwards towards Tsarist Russia. Today, vodka stands as the most potent symbol of the country's culture. Frank Cohen, Regional Director (Asia Pacific) at Stolichnaya says the Russians enjoy their drink chilled and neat. Not very long ago,they'd knock it back without giving the flavour or texture too much attention. Today, vodka cocktails are more in vogue. The most famous ones are the screwdriver or vodka gimlet, and the Moscow mule. In the first two, one part of vodka is mixed with 2 parts of orange or lime juice, respectively. The latter fuses two parts of vodka with 3 parts of ginger beer and one part of angostura bitters and lime. Traditionally, vodka is paired with meat balls, cheese and pickled vegetables. Russians clink their glasses and say Vashe Zdorovie over a heady shot of vodka. Wine: This Time for Africa
With over 7,000 varietals to choose from, wine is extremely popular in Africa. Anabelle Fouche, Trade Marketing Manager, Distell Wines (Asia Pacific), says the traditional way to savour South African wine is over a braai(Afrikaans for barbecue). In this, meat, poultry or fish is cooked in a cast iron pot over a fire. Many homes are built with a dedicated braai area. Guests are often called over for meals and served wine as a natural accompaniment. The tradition is chilled whites in summer and warm reds in winter. South Africa is famous for the Pinotage which was bred there in 1925 and is a cross between Pinot Noir and Cinsaut, a red wine grape. At celebrations, JC le Roux sparkling wines, akin to French champagne, are the first choice. The classically-styled Nederburg wines with balanced, fruity hints pair will with almost every meal and are perfect for dates. A spritz of sparkling water or slices of strawberry can be added for refreshing aromas. Cheers translates to Gesondheid in Afrikaans or Impilontle in Zulu. 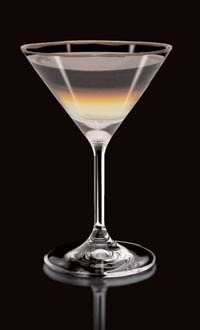 Tequila: In Mexican Style
Tequila gained national importance in Mexico during the early part of the 20th century. That's when prohibition hit the US and it had to be smuggled across the border. During World War 2, the Mexican spirit gained a foothold in the USA once again after European drinks became harder to acquire. David Dennis, Mixologist and Brand Ambassador, Jose Cuervo, says that the ritual of shooting tequila with lime and salt is actually not Mexican at all. If tequila is made of 100% blue agave, the drink isn't harsh on the palate and can be savoured neat in pegs like a single malt or wine. In fact, tequila is traditionally sipped with a side shot of sangrita, a sweet and spicy accompaniment, or enjoyed frozen, locking in the bold agave flavour. In Mexico, aged tequilas like Reposados and Añejos are often given as gifts or offered to guests at informal get-togethers. The Paloma is a mix of grapefruit soda and silver tequila over ice. Mexicans say Salud, which means 'health', but it also implies that one is grateful for all that is received.