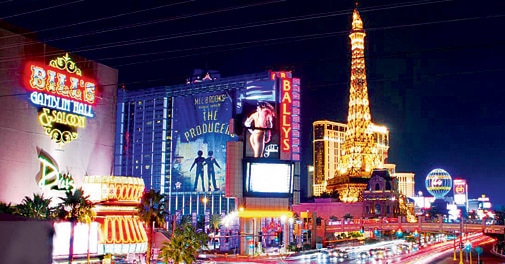 Have enough time and money to burn? Luxury launches company VeryFirstTo has come out with a month-long holiday package that takes couples to 12 casinos in eight destinations across the world over a period of four weeks. Quite predictably, Las Vegas - with casinos such as The Venetian, Bellagio, Caesar's Palace and MGM - features heavily in the travel itinerary. Other locations where you would be encouraged to try your luck are the Venetian Macao and Wynn Macau, both in Macau; Casino de Monte Carlo in Monaco; Casino Baden-Baden in Germany; Foxwood in Connecticut; Trump Taj Mahal in Atlantic City; Atlantis Paradise in the Bahamas; and Park Hyatt Mendoza in Argentina. The package is priced at 96,000 pound per couple, assuming a London departure, and couples would be provided with a daily 100 pound credit for an online gambling site - any winnings derived from the wagers would be split equally between the couple and a nominated charity.

Tourists rain on iceland
Been working hard all year and now want to go for that perfect vacation which will have everyone in office talking for months? Try Iceland and Slovakia, which the European Travel Commission pegs as the fastest-growing tourist destinations in Europe. While Iceland experienced an impressive 30 per cent spike in foreign arrivals in the second quarter of 2013, Slovakia saw a 20 per cent increase in international visitors this spring. Iceland's biggest draw for tourists was its rich natural landscape - comprising dramatic geysers, lava fields and towering waterfalls. Slovakia, on the other hand, has picturesque castles, relaxing spa towns and natural landscapes that will remain etched in your memory for a lifetime. 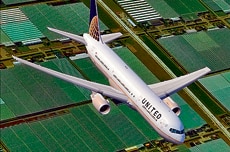 United Airlines
The Kings Of Green
Want to fly with minimal qualms about pollution and fuel wastage on your conscience? The 2013 Eco-Aviation Awards has named United Airlines, AirBerlin, Qantas and Air Canada as the greenest airlines in the world - whether it comes to building a fuel-efficient fleet or exploring sustainable fuel options. US-based United Airlines took the gold for saving 83 million gallons of fuel by replacing its fleet with more fuel-efficient aircraft. AirBerlin, on the other hand, took the silver for decreasing the fuel burn per 100 revenue passenger kilometres to 3.4 litres, cutting CO2 emissions by 100,000 tonnes. Now, that's eco-friendly! 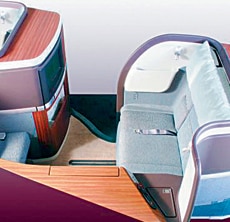 Quantum Of Exhilaration
Finding your sea legs has never been a more welcome experience. Attached to a crane-like arm on the Royal Caribbean's Quantum of the Seas, the cherry picker-like North Star pod offers out-of-the-world experiences to guests by elevating them above the ocean and turning them at 360 degree angles on each 15-minute journey. And unless you want to book an exclusive package, the experience comes completely free of cost. Among other attractions on the Quantum of the Seas are the Ripcord, a simulated skydiving attraction that keeps passengers floating and spinning above a wind tunnel over one of the top decks, and bumper cars for children. For the more fitness-inclined, it has a full-size basketball court and a flying trapeze. The ship, which will sail from the New York Harbour in November 2014, is also the first to offer virtual balconies - every stateroom on board will have a real-time view of the sea.

It's lift-off for Air India
In the light of the recent Jet-Etihad alliance, Air India has started rolling out plans to increase its share in the business travel sector. Besides making its frequent flier programme more attractive through tie-ups with banks and hotels, the airline has been offering holiday packages in partnership with MakeMyTrip.com - drawing an increasing number of business travellers into its fold.  According to the latest stats, Air India has achieved most of the passenger load targets and yields set in its turnaround plan for 2012-13.  Other areas it has excelled in are on-time performance and business class occupancy, and the revenue is up 15 per cent over the year-ago period.

GateGuru
Free (iOS, Android)
By GateGuru Inc.
Having a tough time searching for the men's room in a strange airport where people speak an even stranger language? Here's GateGuru, a leading travel application that will guide you through over 204 airports across Canada, Europe, Asia, Australia and the US. There are maps, photos, user reviews - everything you will need.