The globe-trotting executive's life isn't short of experiences. Holidays today are as much about experiencing new cultures as they are about going off the highway and hitting the dirt track in search of adventure. While adventure tourism in India is still nascent and a far cry from what's available in developed countries like Australia and New Zealand, today, sports such as sailing, paragliding, windsurfing and scuba diving are increasing in popularity. Those who love living life in the fast lane and thrive on the adrenaline high that accompanies these sports can now enjoy the benefits right here in India. 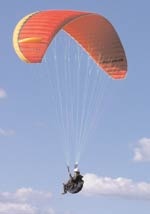 PARASAILING & PARAGLIDING
Raul Rai, MD at FIL Capital Advisors (India) is an avid paraglider. "I've been going paragliding to Kamshet for over a year now and each flight is as enthralling as the next. The first time, I did it just to fulfil my philosophy to always be doing and trying things outside my comfort zone, which is my version of lifelong learning," says the 42-year-old. What piqued his interest and got him started was his father-in-law's passion for the sport. The 65-year-old started paragliding recently and does so more often than his son-in-law. "Besides providing an intoxicating mix of thrill, freedom, serenity and challenge, paragliding also keeps me engaged with people I don't meet in my everyday life," says Rai. Among them are a mother-daughter duo who swam across the English Channel. "It is the experience of soaring majestically in the sky that makes paragliding an awe-inspiring experience," says Sanjay Rao of Fly Nirvana, a company that operates a paragliding training centre.
Tandem flights cost between Rs 2,500 and Rs 7,000 for 10-30 minutes.
A five day basic course starts at Rs 12,000 and can be split over two weekends.
Kamshet is a two to three hour drive from Mumbai or Pune, depending on traffic. 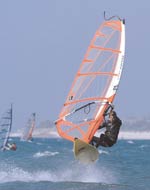 WINDSURFING
Riyaz Gomes, the proprietor of animation studio Dimension-Z, spent too little time at sea. Gomes would go out rowing on his boat off and on, and on one such trip in 2010, it struck him that despite being surrounded by water, he was doing nothing out of the ordinary. "Windsurfing as an activity has a bit of a learning curve. It was this challenging trait that made me take it up," says the 35-year-old. Gomes hasn't missed surfing for a single weekend for over four months. In December 2010, Gomes bought his own equipment and enrolled at Rajiv Bhatia's Rae Sport at Girgaum Chowpatty for lessons. "The minimal wind and current in the sea around Mumbai makes it ideal for [beginners]," says Bhatia, the founder of Rae Sport. Though there are no certified courses, Bhatia gives out basic and intermediate training lessons to his students. Bhatia's passion for water sports was also the driving factor behind bringing the Ocean Race and Dragonboat Race to Mumbai for the first time. As many as 18 state teams participated in these races. The winners represented India in the Asian championships in Thailand this February.
Costs upwards of Rs 7500 for 10 sessions, plus four months of leisure windsurfing
Three instructors with worldwide experience
The season lasts eight months a year. At least three lessons are required to get the right technique SCUBA DIVING
Restaurateur Rahul Akerkar has more than a passion for food. The pioneer of fine dining in India loves taking time off to dive around the world. Akerkar is a certified diver and instructor and has logged over 1,300 dives since 1985 all over South-east Asia, the Caribbean, Sri Lanka, Florida, Italy, Maldives, the Andamans and the Middle East. "For me, it's like a Zen experience," says Akerkar of his time spent in the open water. The exhilaration, he says, is beyond anything he has experienced in his daily life. Scuba diving, unlike snorkeling, requires prior training. This is largely because scuba needs far more complex equipment. Also, divers go deeper facing more complex environments. Six years ago, Anees Adenwala founded Orca Dive Club. The club holds weekend training sessions in a custom diving pool in Khopoli, where students make four practice dives. They then take an online test and make four additional open water dives before they can earn a basic certification. The club conducts open water dive trips to the Maldives, Phuket, Lakshadweep or Andaman Islands. It also has an advanced training programme that requires five additional open water dives for a higher certification.
Basic course fees are upwards of Rs 10,000 and include accommodation for a weekend in Khopoli
Online tests cost $30 to register
Costs for the open-water dive trip vary for each destination and airfare is additional.

SAILING
Tarun Anand, Managing Director for South Asia with Thomson Reuters, has lived in the world's biggest cities but Mumbai has always been home. "I travel to over 50 countries a year for work and leisure yet I'm truly happy to be in Mumbai and enjoy my weekend sailing routine." Anand enrolled himself with the Colaba Sailing Club, which is associated with the Royal Bombay Yacht Club (RBYC), in 2010. "RBYC memberships don't open too often so I picked the next best club and learned how to sail," says Anand. On Saturday and Sunday afternoons, the sailing clubs hold two-hour training sessions at the Gateway of India. Cyrus Heerjee, Honourary Sailing Secretary at the RBYC, says, "The club started in mid-1800 but only the recent boat shows have actually brought status to sailing as an activity". The club has managed to sustain itself but the "lack of infrastructure, starting with the lack of a dedicated marina has left a void in its presence," says Bejon Madon, honourary training coordinator at RBYC. "The fact that sailing is not a spectator sport; rather a sailor's adventure and his alone is another reason why it took so long to take off," says Heerjee.
Memberships start at Rs 20,000
The sailing season lasts seven to eight months a year
At least eight sessions are required for a minimal understanding of sailing theory and practice
Unlimited hours of boat hires for practice
TweetYoutube

Audi 7: For people who appreciate a sportback