Head to these spring favourite destinations and live life, in full bloom.

Straddling between extreme climes or reeling under perpetual humidity, city slickers in India understand the ephemeral glory of spring. Head to these spring favourite destinations and live life, in full bloom. Turkey knows how to play on a wanderer's imagination
ISTANBUL
The minarets and domes of Arabian Nights imagery and cultural sketches that spill over from Pamuk's literary universe, Turkey knows how to play on a wanderer's imagination. Constantinople endowed it with structure and Ottoman lent it opulence, the ancient capital city of Istanbul still revels in the vibrance of its Eurasian identity. In spring, the sky is clear and the winds balmy, so hop aboard a ferry and sail across the Bosphorus straits. At dusk, watch the crimson silhouettes of Hagia Safia domes and spires that rise off the Topkapi palace and the beaming Galata Tower. Skip the crush of traffic on crammed old roads and partake in the spirit of the streets instead, because this city belongs to its walkers. Shopping in the Grand Bazaar is an engaging experience, rife with haggling and often ending with personal conversations about history and tradition. During spring, the country celebrates its cultural association with the tulip so splatter your liras on tulip scents, tulip prints on hand-woven textiles and ceramic goods. Stop at one of the plenty breezy street cafes for a thick coffee and sesame pretzels. Springtime brings abloom Turkey's exotic fruit scene, with soups and stews made from unripe green plums and pomegranate molasses. Finally, there's the age old spring festival of Hidrellez, which involves rituals venerating fire and water and puts the city into a carnival spirit.

Where to Stay: The Ciragan Kempenski, features an infinity pool that overlooks the Bosphorous and indulges you in a classic Turkish hammam treat. There's a boutique retailing the choicest carpets, lamps and jewellery and an able concierge that customises guided tours by land, water or air. Details kempenski.com With nearly 700 islands peppered across the Caribbean azure, the Bahamas let you be
BAHAMAS
There are no two identical Bahamas vacations. With nearly 700 islands peppered across the Caribbean azure, the Bahamas let you be. Come spring, and the white sand beaches turn into a playground of opportunities. Throughout March to mid-April, is the spring break season for university students in the States which unleashes onto the Islands, the fervour of theme parties and concerts. To maximise on the action, park yourself at the central island Nassau and do dinner cruises and snorkeling day tours to its satellite island Paradise. Then, ride over to the hinterlands for some real adventure. There's lobster diving at the Cat Island and a hiking trail through mangrove marshes and water-filled caves on the Bimini Island. The weather also sets the mood for a host of festivals that last through the season. The most anticipated one is the Family Island Regatta which features a boat race in Elizabeth Harbor, and onshore activities like basketball matches, a skipper's party and a Junkanoo parade. For some competitive fishing, this is also the season for The Billfish Championship and White Marlin Open.

Where to Stay: Atlantis Paradise Island is the piece de resistance of the Bahaman landscape. The resort and water park boasts all suite towers, fully serviced condominiums and sea facing villas. The water park Aquaventure is a conundrum of slides, river rapids and fountains. The venue is also a favourite for live shows, so you can sync your travel dates with their calendar to catch a certain Jerry Seinfeld or Katy Perry in action. Details atlantis.com 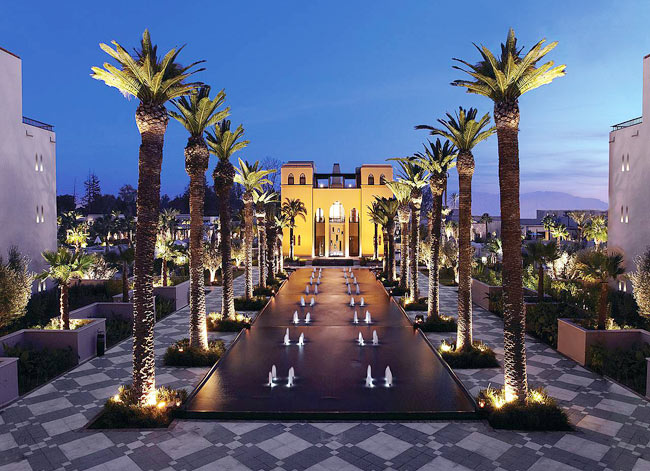 In Marrakech, spring evenings are best enjoyed watching the Djemaa El-Fna
MARRAKECH
Teas, carpets and smoke rising from water; Morocco feeds your Middle Eastern cliches all too well. In Marrakech, spring evenings are best enjoyed watching the Djemaa El-Fna, where a cluster of musicians, dancers swing to the cacophony of drum beats. There's an outbreak of snake charmers, story tellers and soothsayers along the city's narrow streets and an array of Moroccan fare to fork into at the kiosks; some spring favourites include the spring chicken tagine with lemon confit and the cinnamon and cream dessert omali. A trip to the souks for bags of maghreb tea and argan oil goes without saying; one should also spare an hour or two for the potter's souk where colourfully glazed plates and vases sit for sale alongside the tagines, typically used for Moroccon cooking. For handicrafts at fixed prices, hit the boutique d'artisans near the main shopping districts. Excuse yourself from the bustling city vibe and spend a quiet evening besides the illuminated minaret of the Koutoubia Mosque, a site revered by the locals for its beauty and sanctity.

Where to Stay: The Amanjena resort is perched amidst an oasis of palms and olive trees. It replicates the design of Sultan's Moorish palace and organises guided excursions to the medinas, souks, crumbling Kasbahs and the orchard abundant High Atlas mountains. Details amanresorts.com 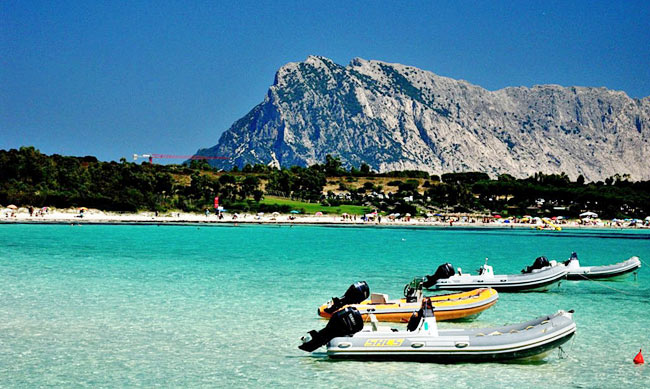 Sardinia is the Mediterranean at its prettiest
SARDINIA
A sapphire blue sea sparkling under sun beams and an infinite stretch of white pebbles running alongside; Sardinia is the Mediterranean at its prettiest. While the towns are dull, dotted with blocked buildings and graffitied walls, it's the pastoral quilt and the forested patches that open up your senses. During springtime, the weather is pleasantly warm with gentle winds and the wildflower is in full bloom.  Most tourists like to laze around in the sea-side cafes and pair locally grown pungent cheeses with sparkling white wines. The Italian island marks the arrival of spring with Easter parades and processions. The season's vigour runs into April where runners participate in the Cagliari Marathon along the island's dreamy coastline. Boat lovers can also attend the Big Boat Show in Porto Rondo happening around the same time. The strong seasonal winds also make it an opportune time for activities windsurfing and kite-surfing. Those looking for a more private retreat can book a sea-facing villa in the islands of Sant'Antioco & San Pietro, which receive minimal tourist footfall.

Where to Stay: Le Dune is centred on the lively Piazza Maria Luigia district bordered by pubs and restaurants. Here, an open air stage sets the mood for a music and dance feast or a light show, if you are lucky. The resort is big on sports, with training sessions for football, rugby, golf and even cricket. There's also a Children's City complete with a play pool, a music school, an activity zone for sculpting and cooking and a restaurant dedicated to kids.  Details fortevillageresort.com 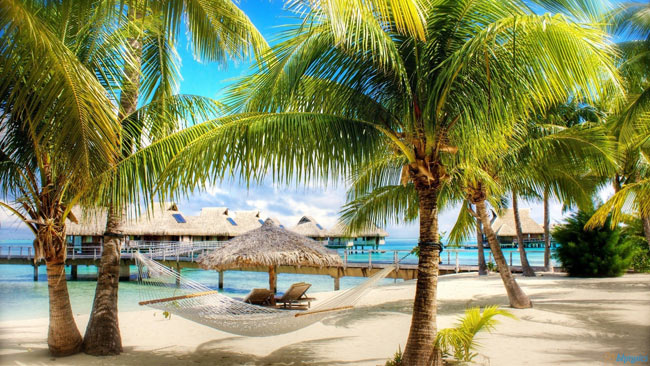 Where to Stay: The Jean-Michel Cousteau Fiji Island Resort sits atop a coconut plantation and is an eternal favourite with water sports and gourmet dining buffs. Aside from the daily yoga class, the resort offers a host of recreational activities like a tour of the coral reef with marine biologists, Fijian language classes and mangrove planting sessions. You're also trained to explore hidden parts of the lagoon on a kayak or a catamaran. Details fijiresort.com
TweetYoutube
Tags: Holiday destination | Spring season | Bahamas

The master of spices