A free hand to employees to choose their area of work is one of the reasons why Facebook makes its debut in the list this year. 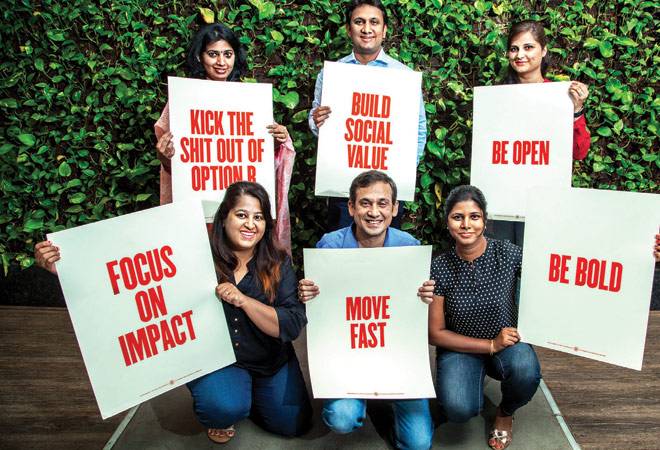 If you search for 'Facebook as an employer' on Google, the search engine throws up 118 million results. One of the top results is an article titled 'Why it's better to work at Facebook than Google'. The reasons have little to do with India or Indian employees, but people policies. A four-month paid leave on becoming a parent - for both men and women - is one of them. Indian employees of Facebook love this and more about the company, which is why it features in Business Today's 'Best Companies', for the first time.

Archana Vadala, Head of Staffing at Facebook India, says it is a "strength-based" organisation. Employees can play to their strengths. That's a recipe for success, both for the individual and the organisation. A few years ago, an employee in Hyderabad was hired for its Community Operations Centre - the centre manages content shared by the community. However, he was fascinated with the media space, and became part of a small six-month project to test a model. In three years, Media Partnerships became a much larger play for the company. The partnership team today works with media houses and famous personalities, helping them understand analytics, product features they can use and integrate.

"If you are in a strength-based organisation, the opportunities are infinite," Vadala says, on phone. As a recruiter, she ensures that those hired are aligned to the company's work environment, which she describes as value-driven. "We want people to have open conversations (one can be in Hyderabad but still ask a question to Mark Zuckerberg, Facebook's co-founder), be bold, and take risks. It is okay to fail; we have a very high appetite for failure. We definitely want people who understand our mission and are passionate about it," she adds.

An employee Business Today spoke to says 'dogfooding' - a jargon popularised by Microsoft employees and Stanford students that refers to employees testing the beta version of products and giving feedback - is rampant within the company. "Techies love it. There are a very few companies that live and breathe products the way Facebook does," he says.

Towards Housing For All

All Cost, No Benefit