Where is India's Elon Musk or Thomas Edison? Despite Mangalyaan and Chandrayaan, what is lacking are role models of product innovators.
Vijay Govindarajanand Gunjan Bagla | Print Edition: March 1, 2015 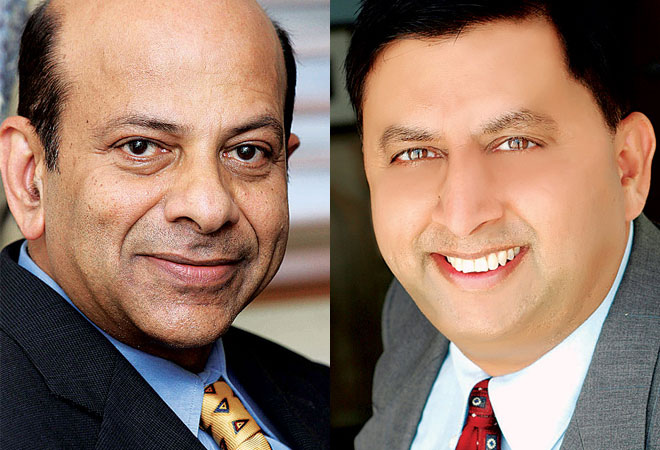 The most well-known examples of commercial innovation by Indian companies probably come from the automotive, pharmaceutical and biotech sectors. For example, Mahindra & Mahindra has gained market share and stock market respect due to their investments in world-class research and development (R&D), Mahindra Research Valley.

But some wonder whether Indians can truly innovate on a global scale worthy of a nation whose economy now exceeds Japan in purchasing power parity. In 2011, IIT Madras alumnus Lalit Mahajan was recognised for having the most individual patent registrations in India. While this is a great personal accomplishment, what struck us is that he was able to reach this milestone with just 23 patents at the time. Patents are valuable metrics of innovation because not only do they recognise that a novel product or process has been created, they also reserve the right to profit from the invention for 17 years to the inventor and his or her licensees.

Can Indians innovate? Surely they can. In Silicon Valley, thousands of technology companies boast of Indian-born engineers who lead their product development teams. The number of Indian Americans with more than 23 patents is at least in the hundreds.

Okay, so can Indians innovate in India? The successes of Mangalyaan and Chandrayaan from the Indian Space Research Organisation, as well as the development of missiles such as Prithvi and Agni are clear demonstrations of Indian scientists and engineers working largely on their own to develop and produce world-class projects. Tens of thousands of other scientists toil at labs run by the Council of Scientific and Industrial Research, and the Department of Atomic Energy. But very little of their work gets commercialised or even affects the Indian business ecosystem. Some scientists in India are disdainful of commerce. "We worship Saraswati, not Laxmi," we have been told.

Let's limit the question further: "Can Indians working for companies in India innovate?" Again there are thousands of examples of products being developed by Indian outsourcers such as Wipro, TCS, Infosys, Cyient (formerly Infotech Enterprises) and others. But the intellectual property rights to these products typically belong to their Western clients, not to the Indian companies or their engineers. Likewise, rich country companies such as General Electric, Siemens and Philips host captive R&D centres in India where Indian engineers continue to develop innovative products and technologies. For instance, GE has innovated an ultra low cost, portable ECG machine in India which is now sold all over the world - the concept known as reverse innovation. While the salaries paid to the GE employees in India add to Indian wealth, the intellectual property from their innovations flows to western companies.

We believe that innovations from Indian companies could be the spark that ignites substantial wealth creation. The talent is there, the capital is there, the ability to take risks is there. Perhaps what is lacking are role models of product innovators. Where is India's Elon Musk or Thomas Edison? Soon that gap may be filled as well.

In January, the California-based XPRIZE Foundation announced milestone awards for the $40 million Google Lunar XPRIZE competition. Bangalore-based Team Indus won $1 million for creating a landing system, including all hardware and software, that support a soft-landing of the Google Lunar XPRIZE spacecraft on the moon. Bangalore-based Rahul Narayan, a graduate of IIT Delhi, has assembled a team of 40 engineers for this incredible success. "We started with little support and great cynicism. Over a period of time with progress, persistence, prototypes we have been winning over more people, partners and more," he says.

Another Indian team is competing for a second XPRIZE. The Qualcomm Tricorder XPRIZE envisions a portable, wireless device in the palm of your hand that monitors and diagnoses your health conditions. Team Davantri led by the Chennai-based CEO of the Indian subsidiary of American Megatrends, a company whose software is embedded into the motherboards of millions of personal computers. Sridharan Mani was inspired to innovate at an early age. "I was very fortunate to study in Hindu High School where the great Nobel Laureate Subrahmanyan Chandrasekhar once studied. When I was in high school, he visited our school and explained in simple terms about black holes. We were truly inspired by his speech." The-20 member team led by Mani is developing a device to diagnose 15 diseases, including anaemia, diabetes, tuberculosis, hepatitis A, sleep apnea, pneumonia, chronic obstructive pulmonary disease, ear infection and leukocytosis.

Mani and Narayan will doubtless inspire additional young Indians to give up the security of traditional careers and pursue the path of invention.

Many of India's problems are unique and require specific innovation and invention for Indian needs. Force fitting product developed for a European, Japanese or American customer feels like fitting a square peg into a round hole. We have already seen the successes of companies such as Micromax based initially on the dual-SIM mobile phone. Indians can spawn hundreds of Micromaxes to meet the unique needs of Indian consumers and companies. We believe that India needs product innovation across all major sectors from consumer products, to transportation, to energy, to agriculture, to water resources. Innovation can lift hundreds of millions of Indians out from poverty and can also add to the wealth of millions of professionals whose intellectual accomplishments are on par with their western peers.

Our vision for Indian innovation goes further, however. While one might argue that a success such as Google or Cisco could only be created in the unique environment of California, there is little to stop India's software engineers from creating a Skype, which started in Luxembourg, or a Waze, which started in Israel. Indian innovators have the manufacturing customer ecosystem to create the next SAP, which began in Germany.

Why Teleperformance closed down its HR dept