People and events that made news recently
Print Edition: March 1, 2015 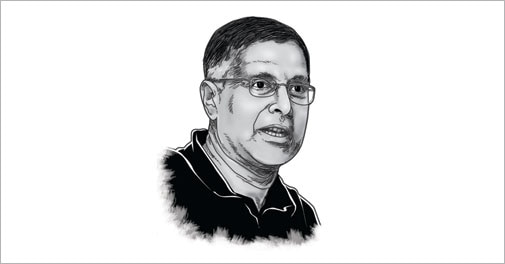 "I am puzzled by the new GDP numbers"

The amount Standard & Poor's, the rating agency accused of inflating its assessment of mortgage investments that spurred the 2008 financial crisis, will pay to settle with prosecutors, as reported by The New York Times. He said, He said

Micromax sold more smartphones than anyone else in India in the last quarter of 2014, says the research firm Canalys. Samsung says it remains the largest, and offers data from GfK, another research house, as evidence. 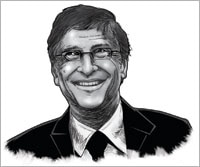 Bill Gates
Not the Best Forecast

Said Bill Gates of Steve Jobs, as reported by The New York Times. The year was 1999. Microsoft had a market cap of $620 billion, Apple faced bankruptcy. In 2015, Apple's market cap is twice Microsoft's.

That's the title of the forthcoming novel by 88-year-old Harper Lee. It will only be her second. The first was To Kill a Mockingbird, which has sold more than 40 million copies. The 'new' novel was written in the 1950s and thought to be lost.