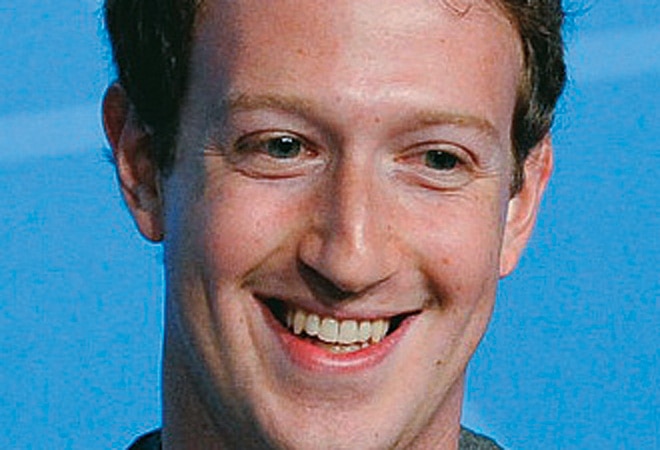 Behind Brand, Behind bars 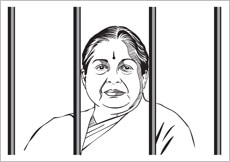 J. Jayalalithaa,
Amma Cement hit the market on September 26 at Rs 190 a bag. The average price for other brands is Rs 320 to Rs 350. The Amma brand is already into water, drug stores, supermarkets, cinemas, canteens, seeds and baby care - all of them priced much lower than comparable products. The day after the cement was launched, the ground shook under the feet of J. Jayalalithaa, from whom the Amma brand derives its name. She was convicted in an 18-year-old disproportionate assets case, sentenced to four years in prison, and lost the position of Tamil Nadu Chief Minister. 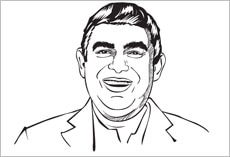 Infosys CEO Vishal Sikka.
Infosys Ltd's new CEO Vishal Sikka, reports Reuters, has made it easier for employees to use social networking sites like Facebook and Twitter. They can do it at work so far as their output does not suffer. Infosys, which likes to watch its employees closely, loses them at an annualised rate of 19.5 per cent. Attrition rates of 12 to 15 per cent are considered normal in the industry.

Tata tries another one 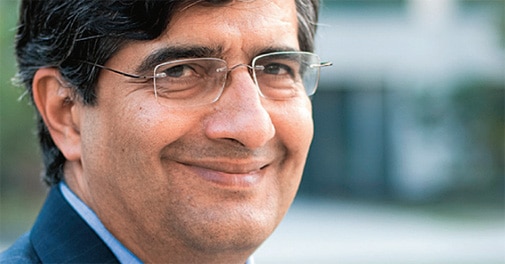 Mayank Pareek
After trying out a consumer electronics man, Tata Motors reverts to type. It has poached Mayank Pareek from Maruti to head its passenger car division. Pareek's move takes him from a company that has consolidated its position as the leader with an impressive rise in market share to one whose share has steadily declined. Ranjit Yadav, who makes way for Pareek, came from Samsung India, where he ran the mobile phone division. Yadav will now head the international business for both passenger and commercial vehicles. RBI governor Raghuram Rajan
"With the stability of the rupee, people are getting too comfortable... I don't think people should be overly complacent and leave positions unhedged. Time and again,it does come back to hit companies."

Reserve Bank of India Governor Raghuram Rajan strikes a note of caution when talking to journalists after announcing the monetary policy review on September 30 that kept interest rates unchanged.

This is the season of CEOs visiting India. Closely following Amazon's Jeff Bezos and Microsoft's Satya Nadella, Facebook Co-founder Mark Zuckerberg is set to visit India early this month. India is the second-biggest market for the social networking giant. Zuckerberg, who will also meet Prime Minister Narendra Modi, will be in India to address the first Internet.org summit. Facebook's Chief Operating Officer Sheryl Sandberg visited India in July. She had met Modi, who has extensively used social networking during his election campaign and later even in governance.

But what exactly foreign honchos think of doing business in India? The country has the potential to become the biggest car maker of the world, says Kenichi Ayukawa, MD and CEO, Maruti Suzuki India. But first, factors adversely affecting competitiveness of manufacturing must be removed as India is not the easiest country to do business in, he added.

>The government has cancelled approvals of nine special economic zones, including that of Hindalco Industries, Essar and Adani as no "satisfactory" progress was made to execute the projects.

>Adani Mining has won the Australian government's approval to build a $1.94 billion rail line for the Carmichael coal mine project, which is expected to help provide electricity for up to 100 million people in India.

>Generic drugmaker Strides Arcolab had agreed to merge with Shasun Pharmaceuticals. Shasun shareholders will get five shares of Strides for every 16 held in Shasun. Shareholders of Shasun will own a 26 per cent stake of the combined entity.

Standard & Poor's (S&P) has a change of heart on its India outlook. The ratings agency revised its outlook to 'stable' 20 months after lowering it to 'negative'. It has cited improved political setting which offers a conducive environment for reforms. For Indian firms, the cost of borrowing abroad could reduce further.

The Asian Development Bank is bullish on India's future. The Manila-based multilateral lender saw the promise of a turnaround of the economy following Narendra Modis big victory in the general elections. The ADB expected gross domestic product to grow by 6.3 per cent next year, compared to an earlier projection of 6 per cent. India's economy expanded by 5.7 per cent in the first quarter of the financial year, the best quarterly performance in more than two years.

The government plans to borrow `2.4 lakh crore via bonds in the second half of this fiscal year, taking the total borrowing to `5.92 lakh crore, Finance Secretary Arvind Mayaram said. The government and the RBI will bring a medium-term debt strategy paper.

The Cabinet has deferred a decision on increasing the price of natural gas till November 15. The government has taken cover citing the model code of conduct as election dates for Maharashtra and Haryana have been announced.

>The Chinese government has launched a "Made in China" campaign with a host of tax concessions, coinciding with Prime Minister Narendra Modi's "Make in India" pitch. Companies that bought new R&D equipment and facilities after January 1 or possess minor fixed assets will have taxes reduced based on value. Imported high-tech equipment will also enjoy tax deductions in aviation, bio-medicine production, manufacturing of railway and ships, electronics production.

>The US economy grew at its fastest pace in 2-1/2 years in the second quarter with all sectors contributing to the jump in output in a bullish signal for the remainder of the year. The Commerce Department has raised its estimate of growth in gross domestic product to a 4.6 per cent annual rate from the 4.2 per cent pace reported in August. The United States is bucking a spate of weaker overseas growth with the euro zone and Japan slumping, and growth in China slowing as well.

>Harvard University has named insider Stephen Blyth as head of the unit overseeing its $36.4 billion endowment, which had the worst performance among the eight Ivy League schools in the previous two years. Harvard Management will expand investments in hedge funds and private equity as it seeks to boost returns.

Events, people who made news recently