News that you may have missed last fortnight
Print Edition: April 13, 2014

Russian Raj: By annexing Crimea, Russian President Vladimir Putin has esclated tensions with the West. Apart from suspension from the G8 club of nations, Russia faces economic sanctions. The United Nations Security Council has declared the Crimean referendum to secede from Ukraine invalid. India has made it clear that it will not support any unilateral measures against Russia

CORPORATE
Infosys, India's second-largest IT services provider based in Bangalore, warned of a lower revenue outlook and indicated that it would get off to a tough start in the next financial year. While the software lobby body Nasscom forecast an industry growth rate of 13 to 15 per cent in the next financial year, Infosys's Executive Chairman N.R. Narayana Murthy indicated at an investors' meet that the turnaround at the company may take long. Soon afterwards, Mumbai-based Tata Consultancy Services, the country's largest software exporter, too, warned about a weaker-than-expected fourth quarter. TCS and Infosys shares slid after the forecast.

India has allowed five domestic privatesector banks to import gold. It could be a significant step towards easing tough curbs imposed on the metal last year to cut the country's trade deficit, reports Reuters. It could boost supplies and reduce premiums for the metal in the secondbiggest consumer of gold after China.

The Election Commission has allowed the Reserve Bank of India to go ahead with issuing new banking licences, according to Bloomberg. The apex bank is currently in the process of issuing licences to a third set of private banks in Asia's third-largest economy, where more than half of the adult population does not have access to formal financial services.

The CBI has registered an enquiry against former SEBI chief C.B. Bhave and former member K.M. Abraham for alleged irregularities in giving recognition to the MCX-SX stock exchange in 2008 and renewing it again in 2009 and 2010.

Google has news that will interest prospective smartwatch buyers. The search giant said smartwatches based on its Android mobile software, called Android Wear, will be available later this year. Google will tie up with Samsung, LG and Intel, as well as fashion company Fossil Group, to develop the new line of watches. Clearly, wearable technology is the next big thing.

India ranks fourth on the list of nations sending out spam e-mail with content such as advertisements for pharma products, according to a Microsoft Corp report. The US tops the list, having sent out the highest amount of botnet spam from January to June, 2013. It was followed by China, the UK and India.

ECONOMY
US investment bank Goldman Sachs has upgraded its outlook on Indian markets as it expects positive impact of the election cycle.

India's economy may grow 4.7 per cent in the current financial year, lower than the official estimate of 4.9 per cent, Fitch Ratings said. The global rating agency expects the economy to pick up in the next two financial years. The latter argument is backed by the chairman of the Prime Minister's Economic Advisory Council, C. Rangarajan, who said the economy could go back to its earlier period of robust growth of eight per cent or more in the next three years. Global ratings agency Standard & Poor's said increasing focus by India Inc on lowering debt is likely to improve their credit profiles

Singapore (1.1 million Indian tourists in 2012), Thailand (one million), the United Arab Emirates (0.98 million) and Malaysia (0.82 million) emerged as the preferred holiday hotspots for Indians. The total figure is expected to increase to 1.93 million by 2017, according to the latest Euromonitor International report. Singapore tops in terms of expenditure, with Indian tourists splurging as much as Rs 5,400 crore in the city state. This was followed by the US and UAE with Rs 5,000 crore each.

$29.34 bn Total outward foreign direct investment by domestic companies between April and January of 2013/14, which has seen some signs of recovery, according to a Care Ratings report.

264 The number of new companies being set up every day on average during January 2014. Most of them are registered in Mumbai. India had 1.38 million registered companies at the end of January. The count of active ones was 0.94 million. As many as 140,000 companies among the active ones were incorporated within the preceding 18 months, according to the corporate affairs ministry.

MARKETS
Twitter-like messaging service Weibo Corp has filed to raise $500 million via a US initial public offering. Alibaba, which owns a stake in Weibo, is expected to raise about $15 billion in New York this year, in the highest-profile Internet IPO since Facebook's in 2012.

COMING UP
Indian Oil Corp plans to invest Rs 7,650 crore in setting up a petrochemical complex at its almost-complete Paradip refinery in Odisha in three to four years. The company board is set to consider the setting up of a 700,000-tonne per annum polypropylene plant at an estimated cost of Rs 3,150 crore.

Global chief information officers are gathering in Bangalore in April to meet Indian startups at an event called InTech50. Watchout for Little Eye Labs-Facebooktype deals in the making. 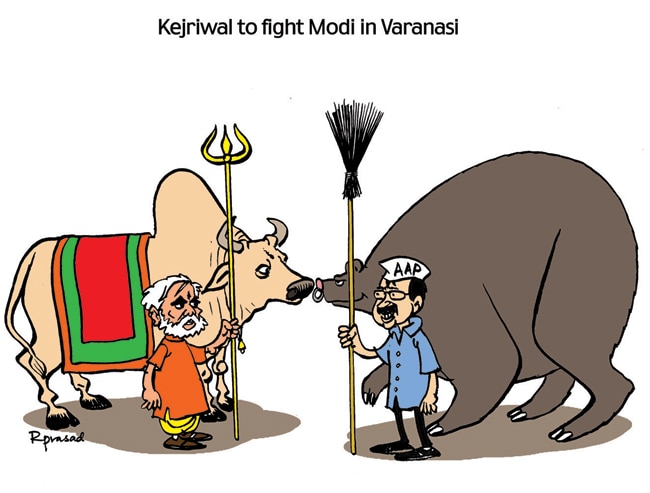 Events that made news this fortnight

What made news recently: Flipkart buys Myntra, CAD narrows, GDP below 5 per cent for second year in a row