Business Today brings you important news and events to watch out for in the coming fortnight.
Team Business Today | Print Edition: April 26, 2015

What: Final verdict in Satyam Computer scam
When: April 9
Where: Hyderabad 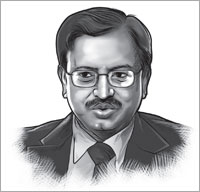 Ramalinga Raju
What to look for: With the final verdict, the biggest accounting scam yet in India draws to a close. Satyam Computer Services Chairman Ramalinga Raju confessed to inflating revenues of his company, defrauding investors. The CBI has put the fraud at Rs 14,000 crore, double the amount Raju had confessed to. All the accused are now out on bail.

What: Hannover Messe
When: From April 12 What: Goafest, the advertising sectors annual springtime festival
When: April 9-11 Goafest
What to look for: This is the 10th anniversary of Goafest. There is a 50 per cent jump in entries for the Media Abbies compared to last year. The list of speakers includes Ted Lim, Chief Creative Officer, Dentsu-Aegis Network, Asia-Pacific; Alan Moseley, President and Creative Officer, 180, Amsterdam; Neil Stewart, Head of Agency, Asia-Pacific Region, Facebook; and Guy Abrahams, Marketing Officer, ZenithOptimedia.

What: IMF-World Bank meetings
When: April 17-19
Where: Washington DC 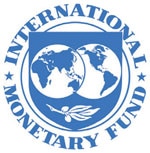