What made news this past fortnight
Print Edition: May 10, 2015 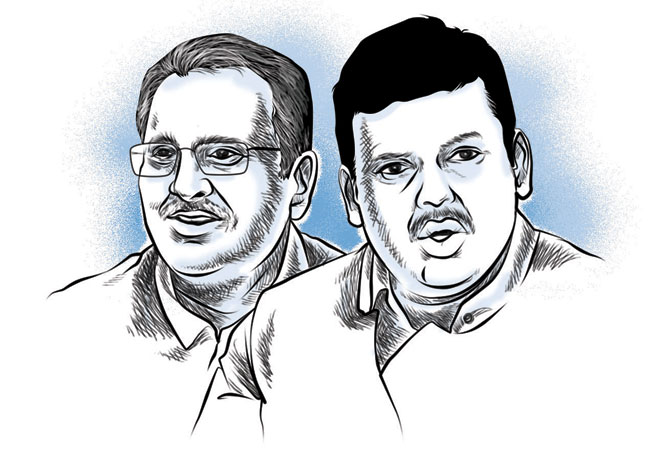 In news this fortnight -

"This is just the beginning. We may consider banning slaughter of other animals too"
Maharashtra Advocate General Sunil Manohar struck fear in the hearts of his state's carnivores while speaking in the Bombay High Court about the beef ban that covers cows, bulls and bullocks

"I have spoken to [the] Advocate General. He has said that his statement in the court yesterday has been misinterpreted"
Maharashtra Chief Minister Devendra Fadnavis soothed nerves in the the Assembly

TOO MORAL AMERICANS?
Toronto-based Avid Life Media, which owns AshleyMadison.com, the website for people cheating on their spouses, wants to do an IPO in London rather than New York because the Americans are too moral. "…it's been difficult in North America to find the support to go public," Christoph Kraemer, the company's head of international relations, told Bloomberg. It does not quite add up. Half of AshleyMadison's 36 million users are in the United States. Maybe they won't come out of their dimly lit rooms.

BREAKING SHACKLES
Toyota has ended a three-year, self-imposed ban on expansion by announcing a new $1 billion plant in Mexico, reports the BBC. It will also add a new product line to an existing factory in Southern China. Toyota stopped investing in new facilities after a series of massive recalls.

IT'S JAPAN AGAIN
Japan has become the biggest foreign creditor to the United States government for the first time since the 2008 financial crisis, toppling, China, reports The Wall Street Journal. A sea of Japanese buyers bought US Treasurys after Japan's economic policies drove down interest rates there.

"…there's a corporate war going on between a media house and a telecom operator which is confounding already difficult matters"
TRAI Chairman Rahul Khullar adds a can of worms to the debate on net neutrality, in The Indian Express

Events to watch out for in the coming weeks