Business Today brings you news digest and quotes from newsmakers this past fortnight.

Nitin Gadkari
"Initially, we talked about the Bill only in English, which was hard for several of our MPs to understand"

Nitin Gadkari, Minister for Road Transport, Highways and Shipping, explains why several MPs of his own party were opposing the land Bill, in The Indian Express. 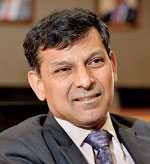 Raghuram Rajan
"Big corporate infrastructure players have also taken too much debt. The required national push to finance infrastructure should not override financial stability, which is key to national security" Thomas Pikeety
Thomas Piketty, the bestselling author of Capital in the Twenty-First Century, is not having a great time. First, Matthew Rognlie's critique of his theory of rising wealth inequality seemed to be gaining acceptance as the most credible challenge yet to the most riveting economic theory of the last decade. It does not help that Rognlie is a 26-year-old student. Then, Prospect magazine readers voted Piketty among the world's top 10 thinkers, alongside comedian Russell Brand. The Delhi and District Cricket Association's last meeting, in December, had been disrupted when 60 people barged into the meeting room at the Ferozeshah Kotla stadium. The meeting was to discuss alleged financial irregularities by some DDCA directors. The meeting was adjourned. This time, for their April 1 meeting, they chose a safe venue, reports Mail Today, and met at the Govinda's restaurant in the ISKCON temple in East of Kailash, New Delhi. This time, the two-hour meeting had to put up with only some shouting by some of the DDCA directors.

Events to watch out for in the coming weeks