Tata's Taj: The iconic Coming Up Mansingh Road hotel property in New Delhi will remain with the Taj Group of Hotels for another year or till the time an auction takes place, after the New Delhi Municipal Corporation extended the land lease. Indian Hotels, which owns the Taj hospitality chain, will be given the first right of refusal. The hotel is on land leased to the company for 33 years. The lease ended last October. 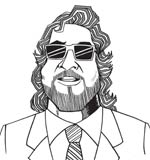 Vijay Mallya-controlled Kingfisher Airlines hit another air pocket when engineers and pilots protested non-payment of salaries forcing it to declare a temporary lockout from October 1. Wife of an airlines employee committed suicide over financial stress. The airline has 4,000 employees, and is saddled with losses of Rs 8,000 crore and a debt of over Rs 7,000 crore. Kingfisher, encouraged by recent moves to open up foreign direct investment in aviation, is in talks with foreign carriers for a stake sale.

Immigrants have founded a quarter of US technology start-up companies, according to a new study. This could fuel calls to relax immigration rules ahead of next month's US presidential elections. The study shows that 24.3 per cent of engineering and technology start-up companies have at least one immigrant founder serving in a key role. India-born entrepreneurs, representing 33 per cent of the companies, dominated the group.

Microsoft has suggested a whopping fee of $10,000 for a new category of H-1B visas and $15,000 for permanent residency or Green Card. The move will hit Indian IT companies the most.

Auto makers, after reporting low sales in September, are hoping that customers will rush to showrooms in greater numbers in the coming festival season. Seven of the country's leading manufacturers together sold 192,424 units, recording growth of a mere 0.6 per cent. Maruti Suzuki and Mahindra & Mahindra bucked the trend. Hyundai, Tata Motors, General Motors, Ford and Toyota were in low gear, reporting a 14 per cent fall in sales. Last month, these five companies had seen sales rise 12.4 per cent to 79,913 units.

The Delhi High Court has granted a stay on a government order that seeks to stop mobile operators offering 3G services outside their licensed zones through roaming agreements. Bharti Airtel, the country's largest mobile operator by revenues and customers, had challenged the order.

Coca-Cola has emerged as the top brand for the 13th consecutive year in Interbrand's Best Global Brands report. The coke brand's value is estimated at $77.8 billion, up eight per cent from 2011. Apple rose to No. 2 from No. 8 while Samsung climbed to No. 9 from No. 17. Two brands dropped out of the top 10: Disney fell to No. 13 from No. 9 last year and Hewlett-Packard fell to No. 15 from No. 10.

The Samsung-Apple patent war has taken a new turn, with the Korean company claiming Apple's iPhone 5 smartphone infringes eight of its technologies, including a way to synchronise photos, music and video files across several devices. Samsung also won a court order lifting a ban on US sales of the Galaxy Tab 10.1 tablet computer. 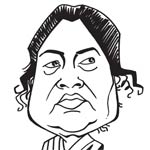 Eight core industries grew at a slower pace of 2.1 per cent in August, less than the 3.8 per cent growth in the same month last year. The decline was due to negative growth in the crude oil, natural gas, fertiliser and cement sectors. During the April-August period this financial year, growth slowed to 2.8 per cent from 5.5 per cent in the year ago period.

India's manufacturing growth in September held steady compared to August, thanks to a pick-up in export orders and output, according to a business survey. But an increase in inventory could hurt growth in the future.

The global economy needs to create 600 million new jobs to absorb the increasing working age population, particularly in Asia and Sub-Saharan Africa, according to the World Bank.

$64 trillion Projected spend on goods and services by consumers in China and India in the decade leading up to 2020, according to a study by Boston Consulting Group. The study is based on a survey of 24,000 consumers as well as interviews with business leaders.

1 billion Monthly active users of Facebook. Analysts are divided on whether the world's largest social networking site can leverage its massive user base for advertising and other revenues and still remain loyal to founder Zuckerberg's goal of making it a service to connect the world.

MARKETS
Encouraged by the government's reform measures, overseas investors pumped in more than Rs 19,000 crore ($3.5 billion) in the Indian stock market in September, leading to the highest monthly inflow in seven months. FII investment in the equity market is atRs 82,331 crore ($15.85 billion) so far this year.

Mumbaikars can get the first taste of locally brewed Starbucks coffee by the end of October. Global coffee house giant Starbucks and joint venture partner Tata Global Beverages will open their first store at a Tata-owned property in South Mumbai.

News you may have missed: Alto, Kingfisher and more