Holiday rush: With Christmas and New Year approaching, air fares and hotel tariffs for favoured destinations such as Goa are going through the roof. Tickets on direct flights from Delhi to Goa are already selling at around Rs 10,000, and, as happens at the yearend, will shoot up further. Likewise, hotel rooms in holiday destinations will have a heavy premium. 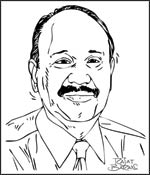 G.M. Rao
G.M. Rao's GMR Group flew into rough weather in the Maldives when the government there cancelled a $511-million deal to develop its international airport. This raises concerns over investor protection in the Maldives, which is seeking foreign financing of tourism projects. It follows a year of political turmoil, which began with the overthrow of former president Mohamed Nasheed. The deal with GMR, the Maldives's biggest foreign investor, was signed by Nasheed's administration.

Subrata Roy's Sahara Group is staring at a huge payout after the Securities Appellate Tribunal dismissed an appeal by two of its group firms against Sebi. The case involves the refund of about Rs 24,000 crore, with interest, to about three crore investors. Meanwhile, Roy has picked up New York Plaza and Dream New York, two iconic hotels, for around $800 million (about Rs 4,400 crore). 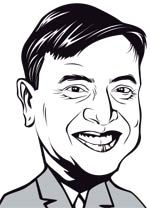 Lakshmi Mittal
Lakshmi Mittal's company is in a spot of bother in France. Industrial Renewal Minister Arnaud Montebourg has declared that France does not want steelmaker ArcelorMittal in the country any longer. The company has shut down its blast furnaces in Florange.

Bharti Infratel is set to raise up to $825 million in India's biggest IPO in two years. The company has set a price band of Rs 210 to Rs 240 per share for its IPO, due to open on December 11.

After bagging a multibillion-dollar contract to supply 126 Rafale fighter aircraft to the Indian Air Force, France's Dassault Systemes has opened an Indian subsidiary.

ECONOMY
While the latest GDP data has dampened spirits, Moody's is upbeat about the economy. The outlook for India's investment grade credit rating was stable, partly thanks to high investment, said the ratings agency. Investment bank Goldman Sachs is also positive about India, saying the country's economic growth is likely to accelerate to 6.5 per cent in 2013.

High inflation and economic uncertainty led to sales of desktops and laptops in India falling during the September quarter, according to research firm Gartner. Around 2.9 million units were sold during the quarter, 5.9 per cent lower than the same period last year. Rs 2 trillion Funds raised through private placement of listed debt securities since the beginning of the current financial year. This is a sharp increase of 56 per cent over the year-ago period. The number of such placements has also grown to 1,288 from 976 in the previous financial year.

$19.08 bn Amount pumped in by foreign entities so far this year. This is the second highest net inflow from foreign institutional investors in a calendar year since their entry into Indian capital markets in 1992. In 2010, overseas investors had made net investments of about $29 billion (about Rs 1.33 trillion).

MARKETS
Come April 1, the National Stock Exchange (NSE) will have a new CEO and Managing Director. With her elevation, Chitra Ramakrishna, currently joint MD of the NSE, will join a select band of women world-over who head stock exchanges. Only two of the world's top 20 bourses have women CEOs.

An SBI-led consortium of 20 lenders is ready to recast loans of Rs 11,000 crore to the struggling Suzlon Energy, under a corporate debt restructuring mechanism. The world's fifthlargest wind turbine maker had defaulted on the redemption of $221 million worth of foreign currency convertible bonds. As of September 30, it had a fully secured gross debt of Rs 14,568 crore on its books, four times the size of its equity.

COMING UP
Successful 2G spectrum bidders will have to either make full payment, or 33 per cent of the due amount, by December 1.

News you may have missed this fortnight

News you may have missed last fortnight