With its good looks, the Sony Xperia Z2 is a true successor, ready to take on the competition. 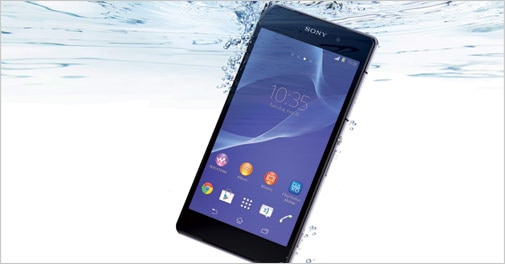 Successor to the Xperia Z1 launched in 2013, the Xperia Z2 has the same design with the aluminium edge. At 5.2 inch, the display is slightly bigger than its predecessor. The bezel feels slim, making it comfortable to hold. There is a 3.5 mm jack on the top panel. Volume controls, power key, microSD card slot and camera shortcut key are on the right panel. The left panel has a micro SIM card slot and a micro USB port, both hidden under a flap. Every time I opened the flap to charge the phone, my SIM slot was also exposed.

Software: Usually, Sony launches smartphones running on older version of the Android OS and later provides the updates. But things are different with the Xperia Z2. My review unit runs on Android 4.4.2. Sony has also added the option of Sony Select for more apps.

Hardware: Sony has left no scope for complaint. Complementing the the OS is the 2.3GHz quad core Snapdragon 801 chipset. This has been backed with 3GB RAM. It handles heavy apps and games such as Asphalt 8 and Dead Trigger 2 smoothly. There isn't any lag with the high frame rates. But it did heat up slightly.

Camera & Video: With a 20.7 MP sensor, this phone is capable of capturing superb images. There are plenty of modes, including the Superior auto mode. Z2 manages to perform in low light as well. But in certain shots, there was visible noise. The camera app crashed a couple of times.

Battery: It has a 3,200 mAh battery that lasted me over a day on a single charge. Even with 5 per cent battery, it manages to keep the phone for a much longer duration.

Glitches: People often complained about not able to hear me during calls. This can be a unit specific problem. Secondly, when the phone is handled with wet hands and left unlocked, it starts calling the last dial number again and again. Lastly, the Xperia Z2 restarted twice on its own.

Why we fell for it: A great flagship smartphone from Sony. The Xperia has a premium look and feel.