3G services could go a long way in driving broadband penetration in India. But the challenge is to ensure that the common man can afford the services. 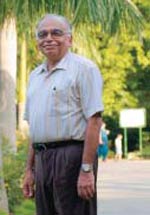 The outsourcing, call centre and BPO industries transformed India in the early ’90s giving millions jobs. Today, these businesses generate around 6 per cent of our GDP and 35 per cent of our exports. The reason for this revolution— the international leased line connection and the local connection was made available to the entrepreneurs cheaply. The moral of the story—if you want technology to reach out and touch the life of millions, then it must be made affordable to the masses.

Take another example. Mobiles were in vogue all over the world in mid-80s. We wasted many years debating whether mobility services were really required in India. For a number of years, till aggressive telecom reforms started, India was at about number 100 in voice telephony/ICT (Information & Communication Technologies), in the list of nations. Today, our voice telecom network is second only to China’s and growing at a feverish pitch. It’s actually expanding at almost double the rate of growth that China ever achieved.

We made up for lost time very quickly after a slow start. But remember, voice services did not grow when corporates bid huge entry fees leading to high tariffs. In fact, most telecom companies were on the verge of becoming sick as the number of subscribers stagnated due to high tariffs. If this had continued we would have seen companies like Bharti, Idea, Vodafone going belly up by now.

The government soon realised the folly of a high entry fee and switched over to a revenue-sharing model. This led to huge initial losses to the government and it came under a lot of criticism. Luckily this did not deter the authorities from pushing ahead with crucial policy changes. In 2004, the government allowed operators to use technology of their choice under Unified Access Licensing.

And the results are there for all to see. Over the next decade, an explosion in the subscriber base of the telecom companies meant that the revenues of the government also shot up. The government actually made much more under the new regime than it would have made by sticking to high entry fees. In the process, the government target of 15 per cent teledensity and 4 per cent rural teledensity by 2010 has already been exceeded. In all likelihood, the target could be overshot by as much as 300 per cent in 2010. Let’s extend this argument further.

A recent INSEAD Global
Technology Report has indicated that for ICT services, which run on our highly efficient telecom network, we are lagging way behind other countries. We are ranked at 50 right now. It is my very strong personal conviction that all this could change with the advent of 3G technology. It could serve as a unique opportunity for India to leapfrog from its existing state and come at par with the developed world by direct adoption of mobile-based access.

Broadband penetration in the US and Europe started with the PC. This was largely because of the high percentage of people working in offices, which proved to be ideal training ground for the population at large to learn how to best use the Internet. In India, low PC penetration has hamstrung the spread of broadband services. All this could change soon. Indians have been more willing to adopt mobile-based services. Asians have typically been more adept at using the cell phone.

With 3G, we can potentially obviate the need for households to have PCs and yet reach the same level of broadband access. Google recently reported that Internet searches on cell phones were catching up with the PCs in the US. 3G, then, is a chance to skip the entire PC penetration curve. But again, it is imperative to understand that this can only happen if 3G services can be afforded by the masses. I’ll explain how this can be achieved.

Now, there may be a problem in giving Broadband Wireless Access (BWA) or 3G spectrum to all the operators we have licensed. Surely, the selection could be through non-monetary criteria by developing a transparent policy. If we insist on auctions in view of the large number of operators to bring in transparency in selection process, we must ensure that maximum 3G/BWA/EVDO spectrum is auctioned to ensure low bid prices. We could even have a revenue-sharing arrangement only (which would at least ensure that we do not have a front loaded tariff regime). It is important to ensure that broadband is affordable for over 99 per cent of our population which still cannot access it. This could be yet another revolution in the making.

It would ensure that the common man can reap the benefits of e-governance, e-education, e-health, eagricultural extension, e-banking and much more. In our perception, if everyone will use broadband, there is no logic in charging entry fee for such spectrum. As the service grows, even a very low revenue share would give much more to the State in the long run than an initial entry fee. The initial revenue share also has to be low to enable operators to provide cheap services

It would really be a big mistake to deny the vast majority of Indians access to broadband services by adopting wrong policies. It would also be wrong to use the money generated by auctions for other government schemes, knowing very well that investment in ICT services is the best and most productive investment for a developing country like India, given its poor communication facilities. If auctions take place, we must ensure that money generated in the auctions goes to the Universal Service Obligation Fund, which will ensure better ICT infrastructure in rural and low density urban areas. This is certainly preferable to diverting the funds to less profitable and sometimes unviable and wasteful government investment.

The example of countries such as South Korea, Singapore, Estonia, and Israel has shown how ICT can be the enabler of a competitive transformation of the economy, allowing countries to leapfrog to more advanced stages of development.

— The author is a retired IAS officer. He was the chairman of the Telecom Regulatory Authority of India (TRAI) for three years from 2003 to 2006