Global leaders have touted the apparent success of achieving in 2010 - well ahead of the 2015 target - the Millennium Development Goal (MDG) of halving the share of people who were living below the poverty line - defined as the purchasing power parity equivalent of $1.25 per day in 2005 - in 1990. But, amid enduring poverty, rising inequality, and lacklustre growth in many developing countries, the success of past anti-poverty policies and programmes appears dubious. 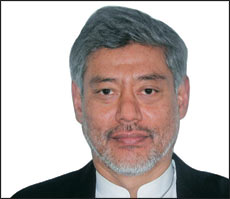 Jomo Kwame Sundaram
In fact, outside of East Asia, progress has been modest, with the situation worsening in some countries and regions - despite several economic growth spurts, sustained expansion in some large developing countries, and public commitments by the international community to the 2000 Millennium Declaration, which led to the MDGs.

This mixed record calls into question the efficacy of conventional poverty-reduction policies, often identified with the Washington Consensus, which transformed the discourse on poverty in the 1980s. Washington Consensus reforms - including macroeconomic stabilisation (defined as low-single-digit inflation) and market liberalisation - were supposed to reduce poverty by accelerating economic growth.

But little attention was paid to poverty's structural causes, such as inequality of assets and opportunities, or the unequal distributional consequences of growth. And, because unskilled workers tend to lose their jobs first in economic downturns, while employment generally lags behind output recovery, reduced public investment in health, education, and other social programmes ult imately increased the vulnerability of the poor.

Not surprisingly, therefore, the fallout from the global economic crisis that erupted in 2008 - the worst since the Great Depression of the 1930s - has prompted experts, policymakers, and the international financial institutions to rethink poverty. Many are rejecting once-dominant perspectives on poverty and deprivation, warning that they lead to ineffective policy prescriptions.

For example, the United Nations' Report on the World Social Situation: Rethinking Poverty, and its companion book Poor Poverty: The Impoverishment of Analysis, Measurement, and Policies, have sought to advance the debate on poverty by examining the conventional policy framework and assessing popular povertyreduction programmes. They affirm the need for a shift away from the fundamentalist free-market thinking that has dominated poverty-reduction strategies in recent decades toward contextsensitive measures to promote sustainable development and equality.

Indeed, these reports challenge the prevailing approach, which has left more than one billion people living below the poverty line, and has failed to prevent economic growth from stalling in most countries. Meanwhile, inequality has increased worldwide - even in countries that have experienced rapid economic expansion, notably China and India. While growth is usually needed for poverty reduction, it does not necessarily translate into job creation, as many countries' recent record of jobless or job-poor growth demonstrates.

Generally, economies that have succeeded in terms of both economic growth and poverty reduction over the last three decades have done so by adopting pragmatic, heterodox policies. Often invoking investor- and market-friendly language, they have generally encouraged private investment, especially in desired economic activities, such as those that create more job opportunities or offer increasing returns to scale.

But aid conditional ity and treaty commitments have significantly constrained policymaking in most developing countries, especially the poorest. In particular, slow growth and revenue losses, owing to economic liberalisation programmes, have reduced the scope for f iscal pol icy, with serious consequences for poverty and destitution. This trend must be reversed.

Moreover, while the programmes that most donors like - such as microcredit, formalisation of land titles, and governance reforms - have sometimes helped to ameliorate the conditions facing the poor, they have not reduced poverty significantly. Leaders must consider, design, and implement pragmat ic and innovat ive alternatives, rather than continue to rely on ineffective policies and programs.

In recent decades, social policies have increasingly involved some form of means testing of eligible beneficiaries, ostensibly to enhance cost effectiveness. But, in general, universal social policies have been much more effective and politically sustainable, while policies targeting the poor, or the "poorest of the poor," have often been costly and neglectful of many of those in need. The right to social security enshrined in the Universal Declaration of Human Rights requires universal social protection to ensure the well-being of all, including people living in poverty and those at risk of poverty. Social policy, provisioning, and protection must therefore be integral to development and poverty reduction strategies.

In most countries, a basic social protection floor - which can help countries to mitigate the negative effects of shocks and prevent people from falling deeper into poverty - is affordable. However, low-income and least developed countries need assistance in raising the floor to more acceptable levels.

In order to address global poverty ef fectively, world leaders must pursue povertyreduction policies that support inclusive, sustainable economic growth and development - in turn increasing the fiscal resources that are available for social spending. Only when all citizens benefit from economic development can leaders devoted to poverty reduction claim genuine success.