A Change is in Order

How the establishment of commercial courts is making the judicial system friendlier for businesses.
By Prathiba M. Singh | Print Edition: February 12, 2017 Pendencies in Indian courts continue to remain very high. The reasons are multifold - complex procedures for adjudication, lack of any deterrent against seeking adjournments, timelines not being adhered to at various stages of the case, etc.

Some of the maladies in the system were sought to be remedied by the amendments to the code of civil procedure in 2002. Outer timelines were fixed by these amendments, and discretion to extend them was also limited. In general, litigants and lawyers started adhering to these timelines though they were not cast in stone. In most cases, timelines for filing were broadly complied. Even this proved to be insufficient because our laws of evidence and procedures continue to be from the British era, and standards of proof required to prove a case continue to be high.

As the country moved towards becoming more business-centric, a need was felt to carve out a separate mechanism for adjudication of commercial disputes in order to make the judicial system friendlier for businesses. The Law Commission of India recommended commercial courts for the first time in 2003, and Bills were introduced in 2009 and 2010. Finally, the Law Commission prepared its 253rd report, recommending the establishment of commercial courts in January 2015. After several rounds of consultations, the establishment of commercial courts was initially introduced as an ordinance in 2015, and thereafter as the Commercial Courts, Commercial Division and Commercial Appellate Division Act of 2015 which came into effect from January 1, 2016. Establishment of commercial courts not only leads to specialisation in the judiciary, but also ensures that only one part of the judicial system deals with such cases, leaving major resources for deciding non-commercial matters.

It has been a year since this legislation has been in operation, and it is worthwhile reflecting on whether it has actually brought about any changes in the courts. Is it merely a renaming of a few existing courts as Commercial Courts?

In my view, the establishment of commercial courts has several advantages. Most importantly, it ensures that the dominance of commercial cases in all courts is reduced. Practising lawyers would attest to the fact that, in general, a majority of judicial time got consumed in commercial matters, as in these cases litigants were able to afford better and high-profile lawyers. Non-commercial cases were at a disadvantage in the existing system. The establishment of commercial courts, therefore, not only leads to specialisation in the judiciary, but also ensures that only one part of the judicial system deals with such cases while leaving the major resources for deciding non-commercial matters. Thus, while commercial courts are viewed as being a discriminatory practice in some quarters, if implemented properly, they may be the exact opposite, i.e. it may ensure adequate resources being deployed for the cases which affect non-businesses, and citizens should have speedy justice.

The first and foremost positive development in the last one year has been the notification of the Commercial Courts by 19 states. Notable amongst these are Delhi, Bombay, Madhya Pradesh, Andhra Pradesh, Telangana, Gujarat, and the North-eastern states. Two high courts that have large businesses but are yet to notify commercial courts are Karnataka and Tamil Nadu. Thus, the Act has attracted some traction in a major part of the country.

Since the enactment of this law, the Delhi High Court, where I primarily practise, has brought about several changes in the manner in which these disputes are now adjudicated especially in procedures. The strict time culture in the Act has definitely brought changes in the High Court. It is quite usual to see judges referring to this Act to apply the various procedural changes to commercial suits. There is an attempt to construe timelines in this Act a bit strictly than before, and also to avoid any frivolous arguments from being raised by threatening parties with the imposition of costs. I clearly recollect a case where the defendant put forward a frivolous objection before the judge, challenging the jurisdiction of the High Court. The Judge heard the objection briefly from both sides, and upon being convinced that the objection was frivolous, said, "I will impose one lakh costs if you insist on this issue being framed." The lawyer, who knew the lack of merit in his objection, backtracked. 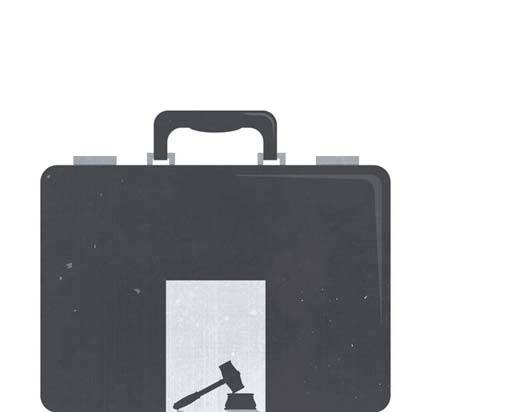 Courts have started dealing strictly with delays in commercial cases, viewing them more seriously than before by either imposing costs or reprimands. This practice needs to continue so the adjournment culture can actually be given a go-by.

Courts have started dealing strictly with delays in commercial cases, viewing them much more seriously than before by either imposing costs or reprimands. This practice needs to continue so that the adjournment culture can actually be given a go-by.

The success of this legislation finally rests upon us lawyers. We need to tell ourselves that we will abide by greater professionalism, and also minimise delays. The general perception amongst litigants is that lawyers are the major cause of delays in adjudication. This Act provides for cutting out several procedures which need not consume the court's time. Such procedures include seeking inspection of documents, discovery, interrogatories, etc., all of which can be done in lawyers' offices instead of before a court official. In a large number of cases, the procedures prescribed under the Commercial Courts Act are being followed. For example, insistence of filing original documents has almost been given up under this Act. Lawyers either seek inspection or file statements to admit or deny documents. There is a procedure for summary judgments under this Act, but it needs to be revisited in view of the lack of discretion vested in a judge. The requirements of filing an application for summary judgment and thereafter a reply, etc., are setting the summary judgments procedure at nought. Thus, some judges have said that this procedure needs to be looked at again, and some changes need to be made. It is quite usual for judges to now do case management hearing for commercial cases, and the timelines set in such hearings are usually being adhered to by the parties.

Apart from this, it is to be noted that commercial suits are being taken more seriously than before. Courts seem to take the intention behind the Act more seriously, rather than getting mired in the legalities of the issues. There is a general perception that courts have to appear friendlier to businesses after this legislation. There are bottlenecks in the final disposal of suits, as there is lack of adequate strength of judges for hearing final arguments.

Having said that, several steps need to be taken, both by the government and the judiciary, to fully enjoy the fruits of this legislation. The first and most important investment that needs to be made is in the creation of infrastructure. The government has to invest in setting up these courts in all districts, and not merely in the urban centres. It can be done in a phased manner, but the process should start. This investment requires the will of both the state governments and the Central government. The Act contemplates setting up of various modern facilities, including court rooms equipped with transcription, video conferencing facilities, etc. Some states like Chhattisgarh appear to have taken steps to create state-of-the-art facilities for Commercial Courts and the Commercial Disputes Resolution Centre, and it is expected that more states will move in this direction.

Apart from the physical infrastructure, the Act also contemplates appointment of lawyers specialising in commercial suits as judges in these courts. This provision needs to be taken seriously by the appointing authorities. While specialisation is always not viewed positively, a general assessment of suitability for these courts ought to be undertaken before appointments are made in Commercial Courts. The creation of the All India Judicial Service would make appointments at the Commercial Court level more competitive and throw up good meritorious candidates at the national level. Such an examination would lead to a standard for appointment at the Commercial Courts.

Going by the timeline prescribed in this Act, it is possible for a civil suit to be decided in 12 to 18 months if parties adhere to the timelines. Going forward, the success of this legislation depends on three pillars - the Central and state governments which have to provide the infrastructure and investment; the judiciary, which bears the burden of making practice directions, appointments, and ensuring that the intention behind the Act is given effect; the legal community which should abandon the adjournment culture and follow the procedures prescribed.

The last one year has seen several positive changes pursuant to this legislation, and if this pace continues or is sped up, the true impact should be felt in the next one-two years. ~