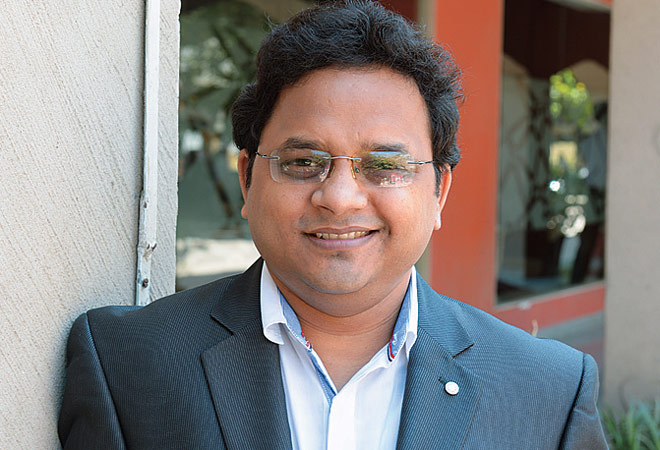 If the demographic dividend favourable to India is supported by strong political will and industry leadership, India has the potential to be a global hub of research and innovation in the next decade. It is also on the way to becoming a global supplier of skilled workforce in the next one decade. The recent futuristic initiative, Make in India, by the Narendra Modi-led government would only fuel this growth.

Today, India has more than one-fourth of all the B-schools in the world (about 4,000 out of 15,000 globally). Several among these B-schools offer more than one management programme at the post-graduate level. Thus, we have at least 5,000 such programmes in India. This is fast growth considering formal management education in India started only 65 years ago (when XLRI Jamshedpur was established in 1949 as India's first business school - 130 years after the world's first business school, ESCP Europe, was founded in Paris in 1819). This translates into opening about 62 B-schools each year since then or more than five B-schools a month in India, a very high figure considering the growth of other streams of higher education!

However, the growth story of management education in India is not so rosy - it is surrounded by complexities and uncertainties. The flip-flop policies on higher education, lack of planning and viewing "education-as-business" has led to mushrooming of many poor-quality B-schools, especially in the last 10 years. This unplanned, unchecked growth has backfired as several of them have shut shop and many more are expected to do so for want of students.

Further, there is a serious lack of evidence why management courses in India are considered as technical education and come under the All India Council for Technical Education (AICTE). Several dozen cases are pending at different courts on issues like deemed university status and related to AICTE approvals, etc.

The Advertising Standards Council of India regularly receives complaints on B-schools coming up with false claims in their unsubstantiated advertisements. A case in point is the recent Delhi High Court ruling that barred an institute from offering MBA degrees. Then there are issues like single institutions offering several management education programmes - some affiliated with a far-away university awarding MBA degree, some AICTE-approved diplomas, and other non-affiliated and non-approved programmes. All these concerns create negativity and aspiring students are always in a dilemma while making a decision.

The BT-MDRA study found that except the top B-schools, the number of applications as well as final admissions have gone down - this trend is so pronounced at the lower rung institutions (with some getting as low as 10 applications!) that many more colleges might shut down soon. In contrast, among top colleges, the number of applications as well as actual admissions have gone up. In terms of placements too, these top institutes have improved, while the bottom ones are witnessing the worst. Thus, the top colleges are getting stronger by understanding the needs of the MBA education and appropriately moving towards fulfilling these needs. This is also echoed in recent global rankings where top Indian institutes are making inroads.

All these trends reflect a maturing market where aspiring students as well as industry have started learning the tactics used by not-so-good B-schools in securing admissions and placements. The market (both students and recruiters) is clearly showing the door to poor-quality institutes that do not add value. Such decisions are certainly helped by the kind of approach and detailing put by the BT-MDRA ranking.

The author is Executive Director, MDRA