On the Cusp of change

The Indian economy is on an upward trajectory. The growth is amongst the fastest in the world and especially significant for a country with GDP in excess of $2 trillion.
Rashesh Shah | Print Edition: March 26, 2017 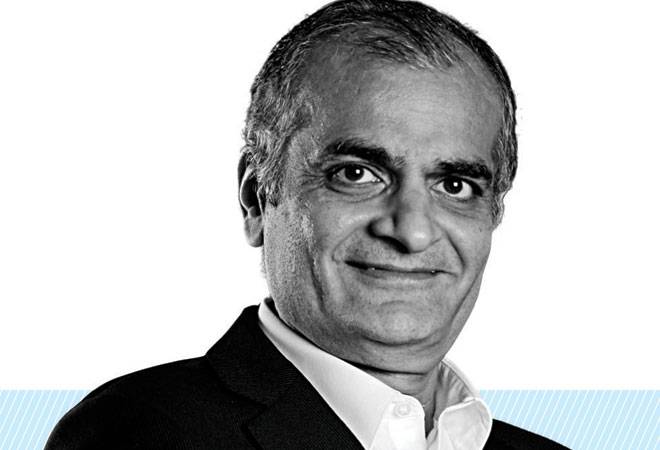 The writer is Chairman and CEO, Edelweiss Group

The Indian economy is on an upward trajectory. The growth is amongst the fastest in the world and especially significant for a country with GDP in excess of $2 trillion. The overall structural reforms have set the base for the next stage of growth which could propel India into a $5-trillion economy by 2025. Despite the recent slowdown in bank credit, the long-term trend continues to be healthy with outstanding credit doubling every four years over the past two decades. Even in the current environment, while bank credit has grown slowly, NBFCs have witnessed strong credit growth. Despite these significant positives, the relatively higher unemployment continues to be a challenge. Employment generation in India has failed to match the GDP growth rates we have achieved. While various efforts are on to provide a push to this, a part of the high unemployment is attributable to the relatively underdeveloped medium, small and micro enterprises (MSMEs) in the country. As has been seen across the world, MSMEs are the job creation units of a country - be it the Mittelstand in Germany or the Small Business Administration in USA. This holds true, even more so, for emerging economies.

As per an IFC-McKinsey report, formal SMEs contribute up to 45 per cent of total employment in emerging economies. This number could be significantly higher when informal SMEs are included. Besides being the cradle of employment, MSMEs play an equally important role as a nursery for entrepreneurship. Innumerable medium and large corporates in India have evolved from modest beginnings as micro or small enterprise. With the added agility and nimbleness of these small units, they have also been the birthplace of several innovations over the years.

MSMEs being the underlying foundation for such important developmental paradigms, it is imperative that concerted initiatives are undertaken to create an enabling environment for these businesses. MSMEs in India continue to face a host of challenges. These range from difficulties in obtaining requisite government approvals to delayed payments from buyers. Within these, access to credit continues to be the most challenging. The government as well as regulators have taken a nunber of efforts to alleviate this, which has started showing positive results in recent times. Be it the MUDRA scheme or the licences handed out to small finance banks, every step has added incrementally to improving access to credit for MSMEs. However, despite these efforts, the sector continues to be significantly underfunded.

Against an estimated debt requirement of `26 lakh crore, formal channels only provide around `12 lakh crore funding to MSMEs. A part of the gap is currently being covered by informal sources - as per estimates, 90 per cent of all MSMEs in the country depend on informal financing in some form or the other. This in itself is a worrying sign. However, things are now moving in the right direction. Small finance bank licences will enhance the reach of the formal banking system. Non-bank enterprises, including NBFCs as well as new-age fintech start-ups, have also been expanding at a rapid clip, and will play a significant role in MSME financing. The advantage enjoyed by these organisations is reflective not only in the newer and more comprehensive underwriting models, but also a swifter decision-making mechanism, enabling timely loan disbursals, a common source of complaint across MSMEs. This has been visible in NBFC credit to MSMEs, which has been growing at a CAGR in excess of 20 per cent. Another deterrent to credit to MSMEs has been the lack of a viable credit history, making risk assessment a challenging job for financial institutions. However, this area has seen significant innovation in the recent past with financial institutions devising new underwriting mechanisms that take into account a variety of factors, including utility payments, premium payments to insurance companies, transaction history on e-commerce portals and even social media activity. While many of these are at an experimental stage, targeted use of analytics and algorithms can help create a new paradigm in underwriting for these enterprises.

Underlying these changes are three broad trends that are redefining credit to MSMEs. The first of these is that credit in India, as a whole, is getting truly democratised. The efficiency that has been seen in equity markets in India has now percolated down to credit - creating credit markets that are on their way to becoming efficient. Secondly, the MSME segment in itself has evolved to be an agglomeration of several distinct sub-segments, each of which has now become significant in size. Specialised skills are required to service each of these segments - who eventually succeeds will be decided by the ability to customise solutions as per requirements in each of these sub-segments. Lastly, the key success factor would be the ability of a business to understand customers' needs - the focus has to be the end customer, with solutions that provide the client a tangible and distinct value. This is the core competency that all institutions providing credit to MSMEs must develop.

The transformation for MSMEs centred on the core of technology is expected to trail the transition in consumer and retail lending. The awareness and capabilities required to deal in a digital world would develop gradually for SMEs. Adoption by financial institutions is already on the rise, be it client acquisition, loan processing, loan disbursal or the underwriting involved. As more and more MSMEs become tech-savvy, pushed by the JAM trilogy and the government's focus on digital payments, this technological adoption will percolate down to end users as well. Once this change is co-opted by both ends, we could see a substantial change in how credit is provided to MSMEs, ushering in what could be a new era for these enterprises.

The Space Between Us