Pranab-da may or may not be a Bryan Adams fan, but let us hope his Budget does better than this for India's infrastructure sector.

Pranab-da may or may not be a Bryan Adams fan, but let us hope his Budget does better than this for India's infrastructure sector. The key issues facing the sector are the following: 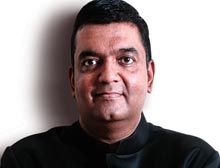 Srivatsa Krishna
First, the number of projects that have actually been put out for bid is extremely small. Second, the post-tax incremental rate of return, or IRR, on investment in infrastructure projects hovers between 14 and 20 per cent. This is simply not enough to attract big-ticket investment from foreign sources. They get roughly similar returns in their home countries.

Third, there seems to be no clear view on what sort of projects should take the private public partnership, or PPP, route, and what kind should be carried out by the government alone. Lastly, the entire execution process, including land acquisition, is fraught with opportunities for crony capitalism, leading to unimaginable corruption.

Frankly, the Budget is not going to resolve most of these visceral issues. It can do something about financing and policy issues but that, too, is like expecting a tailender to hit a six off the last ball to win a key ODI tournament.

Global investors are not particularly gung-ho about Indian infrastructure at the moment since no visible effort is being made to address the problems plaguing it. Two other important factors have put them off further. First, thanks to all the recent scams, India has received significant negative publicity overseas. Debt, unlike equity, is very conservative and tends to shy away from such scenarios.

Second, there is no long-term currency hedging market today between the US dollar and the Indian rupee. In such a scenario, the cost of hedging is about three per cent, which will have to be added to the eight to nine per cent global return expectations of any debt fund. So we are looking at returns of 11 to 12 per cent which make such debt at least at par with, if not more expensive than, the cost of debt for far less risky projects. Until there is an opportunity for economic arbitrage it will be impossible for an international debt fund to take off.

Almost all major power project developers admit that absence of equity is one of the main constraints facing them along with viable fuel linkages. Big-ticket debt is also an issue, but then debt comes only if there is equity availability in the first place. For instance, an ultra mega power plant, or UMPP, requires a minimum investment of $4.5 to $5 billion (Rs 20,000 to Rs 22,500 crore) and even with a debtequity ratio of 70:30, developers have to find almost $1 billion (Rs 4,500 crore) of equity. Getting funding for the forthcoming UMPPs would thus require an enormous effort in view of the negative impression prevailing about the country overseas.

The absence of long-term, fixed-price instruments continues to be one of the most serious issues facing India's infrastructure sector. The development of a corporate bond market, which will require amendments to more than 60 existing laws, is obviously not going to happen anytime soon, especially given the nature of India's fragmented, coalition polity at present.

So don't expect much to come of the Budget. Listen to some good Bryan Adams numbers instead.

The author is an IAS officer
TweetYoutube