The Death of Voice 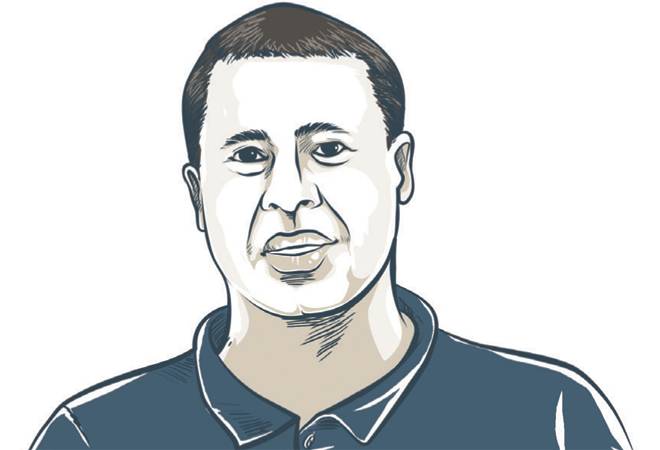 Almost two decades later, the Indian telecom sector is staring at another "death" - of voice. Voice is the killer app that rakes in over Rs1,50,000 crore a year in revenues for mobile companies. A combination of factors is threatening to upend this.

Technology is playing a major role once again. Today, the 2G and 3G networks carry billions of minutes of voice traffic daily. According to a September 2016 report by Trai, the average revenue per user (ARPU) on GSM networks was Rs121 per month. Voice calls (bundled with rentals) accounted for Rs82 per user per month. A measly Rs29 came from data.

However, this voice traffic (which accounts for the lion's share of profits) continues to be transported on old technologies on networks set up over the past 20 years. 2G and 3G mobile networks have to create dedicated pathways for voice calls. And the call occupies a full circuit (or link) between two calling parties at each end. This requires bandwidth (capacity) to be reserved for the entire duration of the call (hence measurement in minutes).

This is set to change with the recent launch of disruptive fourth generation (4G) mobile network based on long-term evolution (LTE). LTE players are offering "free" voice calls. Many see this as a gimmick and an entry strategy - nothing can be free. But LTE brings in huge technological advantages. For starters, the network has no legacy technologies in the core. It uses very efficient transport techniques based on end-to-end IP.

A 4G LTE network also uses only packet switching and transforms voice into small packets before shooting them at high speeds over the network. Thus, a dedicated circuit or line is not required. Data packets (measured in kilobytes or megabytes) are sent from one end to the other - carrying voice, video, sound or text. And many users can share the same line. This improves capacity significantly. Everything (even voice) is now a packet of data. Minutes of use have little significance - it is all megabytes, gigabytes and terabytes.

This has created a tremor in the sector, as it will inexorably move the cheese away from the Rs1.5 lakh crore voice business. The economics is frighteningly simple.

On this full IP network, a traditional voice call of one minute corresponds to a data packet of about 0.2 MB; it could be even lower as compression at the edges improves. So, 1 MB data can effectively carry almost six minutes of calling.

Trai's September 2016 data show an average monthly usage of 366 voice minutes per user. Even if we assume 400 minutes of use, this translates into consumption of approximately 70 MB data per month on voice calls. Permitting for variables like high volume elasticity, this could be 100 MB a month.

How much would this cost a customer? In a one GB data pack (1,024 MB), priced at Rs50, monthly voice calls (on 4G LTE) will account for Rs5 a month. This is a shift of mammoth proportions! Imagine one month of calling at Rs5. And it could be lower once data pack prices go down to Rs30 or Rs20 for a one GB pack. This would mean 30 days of talk time for Rs2. Voice becomes almost free in this LTE world, because the rest of the one GB data will be used for television, music, games and downloads. The entry strategy or gimmick thus becomes clearer. The "free" voice calls on the new 4G LTE network consume only 100 MB data every month from a much larger bucket comprising many gigabytes. It is but a drop. It is not an exaggeration to call this the death of voice. How will this impact the incumbent mobile networks?

Till not so long ago, a one GB pack was priced between Rs300 and Rs400. Yet, for voice calls, 2G and 3G networks had to fall back to the circuit switching mode for per-minute call rates. Over the past 10 years, the rise in competition has led to price wars. Average realisation per minute on voice calls has dropped to about 50 paisa per minute (Trai data) compared to Rs5-6 a minute a few years ago.

On the other hand, data prices continued to be comfortable. An August 2016 report by ICRA projected that data usage would grow steadily over the next five years to 34 per cent of industry revenues (to reach Rs95,000 crore) from the then level of 20 per cent. So, voice was expected to remain at 65 per cent of overall traffic even in 2021. Nobody saw the approaching train wreck.

The data volume on the new 4G LTE network alone is 100 crore gigabytes a month - which is one million terabytes or one exabyte of data traffic a month. This is unprecedented data use. Voice is just a fraction of this massive data volume.

So, the data revolution has started, and is set to change other paradigms in the chain. Today, data still continues to be consumed mostly on smart phones. It is estimated that there are 200-220 million smartphone users in the country.

The bottom of the pyramid (almost 75 per cent mobile subscribers) still use feature phones. Data consumption on feature phones is minimal. This could change. There is a buzz about the launch of a 4G LTE feature phone that will propel data consumption by low-end users. Expected to be priced at sub-Rs1,000 levels (with bundled offers of data and "free" voice), this will be an existential threat for every mobile operator with a legacy network.

In a call with analysts recently, one of the largest GSM operators tentatively offered the following perspective: "If you don't have a network that serves a feature phone customer, who is largely operating on a GSM network, which is a 2G network, you are actually walking away from maybe 65 -70 per cent of revenues."

Prophetic words. Because a low-end 4G LTE feature phone would target this large base and erode humongous voice revenues. The merger of existing giants (Idea and Vodafone) suddenly assumes new significance. It is a fight for survival.

But older networks have enormous advantages of size, customer base, massive infrastructure and good understanding of the market - these can be leveraged to roll out future-proof networks. The size of the data pie will only keep growing for all.

But one fall-out of all this data use is still unknown - and will require a separate analysis. Its impact on applications called over-the-top services. Data consumption will spur their usage to even greater levels. And a new dimension may well unfold. (We will keep you posted).

A Change is in Order

Secrets of a Smart Workforce