The Future of Executive Pay in India There have been fairly strong winds of change when it comes to executive compensation in India. Going forward, the role of compensation committees will be quite unenviable as they need to ensure that the compensation packages for chief executives and the next in line are designed to balance competing objectives. On the one hand, there is an increasing demand to ensure pay for performance, a rise in shareholder activism on the quantum and structure of executive pay and a mounting gap between CEO pay and others compensation. On the other hand, there is a competitive talent environment, coupled with executive expectations regarding pay programmes that provide an opportunity to create wealth. Balancing all these aspects will be important and from our perspective, we believe that the future of executive pay will shape up around the following principles. 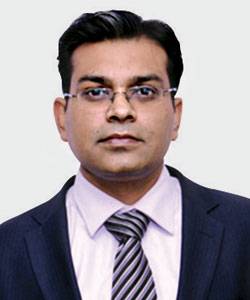 As the pay quantum increases, the compensation committees need to ensure that there is strong linkage to performance. Shareholder advisory bodies are taking a close look at pay and performance alignment, and this will only increase globally and in India. Some of the key issues highlighted in the recent past are relative pay increases being much higher compared to relative performances vis-à-vis peers, substantial bonus payouts without disclosure of proper justification to shareholders and ad-hoc stock-based grants without clear rationale communicated to shareholders.

The Companies Act now mandates the disclosure of performance in terms of change in price-earnings ratio and market capitalisation. Both these metrics show a low correlation with increase in CEO compensation. The R-squared value of pay increase and increase in market cap is as low as 0.12. With a mandate of disclosures, we may see more pay programmes designed to focus on these lag metrics. We agree while it is important to focus on outcome, it is equally important, if not more, to ensure that you incentivise for strategy execution. Therefore, successful incentive programmes for CEOs and other top executives will focus on both value creation (as an outcome) and the levers of value creation (as the means). This will ensure that the value creation, measured through increase in market cap, is sustainable and backed by strong fundamental performance of the company. As the quantum of variable pay ranges between 50 per cent and 70 per cent of total compensation in large-cap firms, it is critical to get this right. Carefully designed incentive structures should ensure that the realised pay reflects how the company has performed in long run and that pay for performance is followed both in letter and spirit.

When there is a lot riding on short- and long-term incentives, the chances of taking excessive risk rise and we have seen its impact more than once over the past two decades. In some industries, after the 2008-09 crash, risk mitigation features were implemented in the form of deferrals and claw-back provisions. But as we are predicting that long-term incentives will go up, there are two simple things that we can start implementing in India.

The first is to set up ownership guidelines. These guidelines will require executives to own a certain level of the company's equity within a defined timeframe. This is to ensure that the executive team has skin in the game. It is a common practice globally and the ownership requirements range from three to five times of a CEO's fixed pay. The second is holding guidelines, also called lock-in. Here you mandate that a certain per cent of the shares acquired by exercise of options or through vesting of restricted or performance shares, cannot be sold for a specific time period. This also helps executives in attaining ownership guidelines.

The reason for this is not just tapering off fixed-pay increase. The executives themselves are talking about pay packages that provide wealth creation opportunities, and stock incentives play a huge role in that. Second, shareholders like to see compensation packages designed in such a way that will align well with their own interest. Use of multiple instruments will be inevitable to balance these competing objectives. In some western countries like the US, the average number of long-term incentive (LTI) instruments used can be 2.4 compared to 1.4 in India. We always say that the choice of LTI instrument should be based on the objectives of the plan. When the objective is to align the incentive plan with shareholder value creation and fundamental performance of the company, stock options and performance shares are viable instruments. If the objective is retention, the restricted stock unit (RSU) is a viable instrument. Compensation committees need to understand these instruments and nuances to ensure that they have the right plans for executives.

Executive compensation is all about defining structures that helps get the right balance between being competitive, managing ones expectations, protecting shareholders from excessive risks and ensuring that the compensation package is designed to create sustainable, long-term value. It goes much beyond simple compensation benchmarking.