Mumbai and Delhi— part of the 5 millionplus-population group of urban centres we term ‘megacities’—may be heavyhitting markets overall, but for marketers and investors looking for expansion, there is now provocative data that sheds light on how smaller cities are clocking record growth shifts.

Mumbai and Delhi— part of the 5 millionplus-population group of urban centres we term ‘megacities’—may be heavyhitting markets overall, but for marketers and investors looking for expansion, there is now provocative data that sheds light on how smaller cities are clocking record growth shifts. Our recent report, a joint initiative by NCAER and Future Capital Research, titled The Next Urban Frontier: Twenty Cities to Watch, has attempted a more granular look behind the growth numbers of 20 key cities. 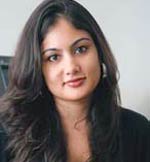 Roopa Purushothaman
As first step, we have sought to identify and track 20 key cities across three broad categories: megacities, which are the largest cities in terms of population and overall consumer markets; boomtowns, which stand out as the next set of bigpopulation cities with high expenditure per household; and niche cities, which are smaller in terms of overall population but still hit well above their weight in spending per household.

These 20 cities together account for just under 10 per cent of India’s population, but generate 31 per cent of disposable income and 21 per cent of total spending. We estimate that in 2007-08, these cities fuelled just under $100 billion of consumption expenditure. Looking at income and ownership patterns, we find that roughly 70 per cent of car owners are middle class (defined as those having annual income between $6,000 and $30,000 at 2004-05 prices) in these cities. The middle class makes up for more than 60 per cent ownership of durables, while the aspirant group (with incomes between $3,000 and $6,000 at 2004-05 prices) edges out middle class in ownership share of TVs, DVDs, refrigerators, mobiles and motorcycles. 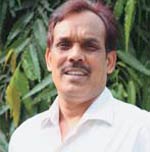 Rajesh Shukla
Our “boomtowns” include Surat, Kanpur, Jaipur, Lucknow, Nagpur, Bhopal and Coimbatore. The cities we highlight are meant to be representative, and by no means exhaustive. Some might question missing cities such as Patna, Indore and Vadodara from the list. These cities are among the top in terms of population (they have larger populations than Bhopal and Coimbatore), but they just miss our cut in terms of spending per household to make the original cut. So, in effect, we have stuck to an indicator that is relevant for businesses and policy makers—these towns are going through seismic shifts in terms of their income distribution, with an income composition similar to that seen in megacities in 2001-02.

Boomtown households, on average, spend 13 per cent more than megacities on clothing. They also spend slightly more than megacities on education and recreation, and household and personal products. Of the three city groups, boomtowns allocate the least budget share to food spend and housing/utilities. On the other hand, boomtowns allocate the most of the three city groups to apparel; household/personal products; and transportation and communication.

Click here to Enlarge
More than half (54 per cent) of boomtowns’ unusual expenditure goes towards social spending, while 28 per cent goes towards health. Among the boomtowns, Surat has nearly the population size of a megacity; it is the youngest city in the entire group (with over 64 per cent of the population below the age of 30); and the city’s household income growth tops our urban universe by a comfortable margin.

The city is already a larger consumer market than Ahmedabad and Pune. In particular, Surat stands out in apparel spending. It is the largest apparel market after Mumbai, Delhi and Kolkata. As a group, boomtowns have the highest proportion of “overstretched” households: more than a fifth of boomtown households spend more than their reported income, compared to 14 per cent in niche cities and 11 per cent in megacities.

Coimbatore’s attitude towards health stands out. Eighty-three per cent of Coimbatore households rank health security (access to health services) as the most important type of household security—above life security and economic security—far above the rest of the cities. As a share of total expenditure, Coimbatore allocates the most out of all cities to health. This city, along with Kanpur, has the highest share of households who borrow for medical expenditure. Still, at just over 1 per cent, Coimbatore has low health insurance penetration. 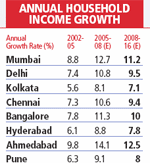 Of the 20 cities, Coimbatore reports the highest credit card penetration, while Nagpur reports the highest life insurance penetration. The above findings do not necessarily imply that investors have to rush to boomtowns at the expense of megacities, which are by and large the big spenders in overall consumption and expenditure.

However, sectors heavily geared towards demographics—consumer durables, financial services, FMCG and apparel—may follow typical patterns where the boomtowns will be the next big pockets, and we see some early evidence of this in the household data. At the same time, more specialised consumer markets such as luxury goods, big-ticket durables, entertainment services and housing may find further inroads in niche cities. In other words—using traditional terminology of boomtowns as Tier II and niche cities as Tier III—some sectors could look to Tier III first. Although niche cities may not appear as large as the premier tier of cities on the surface, consumption patterns may evolve more quickly, creating deeper addressable markets.

The evolution of these boomtowns is a microcosm of the larger urbanisation story. On conservative estimates, roughly 380 million people will be added to urban spaces over the next 40-odd years— that’s more than the entire population of the US today. Thankfully, the country is in a position to prepare for oncoming demographic change. But, we need to move away from positioning this shift as an urban versus rural phenomenon. It is a costly mistake to address rural and urban development as distinct from—or even worse, competing against—one another. Urban demand could be one important, and largely overlooked, engine helping to drive the shift from farm to nonfarm employment in rural India. It is well known that urban growth is a key driver for food production, but, even more generally, we need to expand innovative linkages running both ways between urban and rural growth.

Our research reinforces the theme that urban growth patterns are diverse and, therefore, no one can afford the assumption of a uniform “urban” India. On the policy front, we need to place urban development—particularly infrastructure—squarely alongside rural priorities, recognising in part that both are interdependent.

My lunch with Warren Buffett