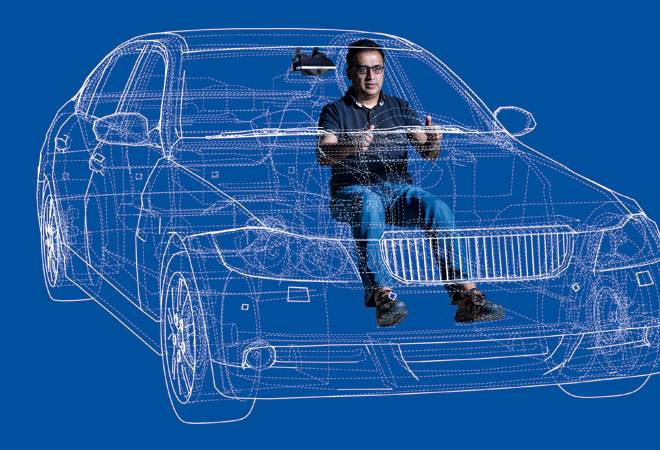 Until a few years back, Indian start-ups were dubbed copycats. Most firms' copy-pasted ideas from the west, did little innovation, recycled technology available elsewhere or just bought it off-the-shelf. Indeed, there were very few hardcore technology start-ups.

If you read up on the founders of Netradyne - Avneesh Agrawal and David Julian - you would know that landscape has passed by a mile. Agrawal, the company's CEO, is the former president of Qualcomm India & South Asia. He has been granted over 150 US patents. Julian, the CTO, had earlier supported the Voyager and Cassini Deep Space programmes at NASA's Jet Propulsion Laboratory. He also worked at Qualcomm; has 107 US patents.

Around 2015, the two noticed powerful technology trends accelerating. Compute power in mobile devices, connectivity, Cloud and Artificial Intelligence (AI). They wanted to build a device that could exploit all this and wondered about autonomous driving. Self-driving cars were a bit futuristic. For the next 15 years, the majority of the vehicles on the road would still be human-driven. A more immediate need was to assist drivers and evaluate them. That market appeared lucrative, too. Chipmaker Intel, for instance, estimates the vehicle systems, data and services market opportunity to total $70 billion by 2030. How does it do it?

The start-up not only sells hardware but also bundles services around it. The product, Driveri, can be mounted on the windshield, right behind the rear view mirror of a vehicle.

"It has four cameras and the device can see what a human driver sees," Agrawal tells this writer during a meeting at its Bangalore office in Whitefield.

One camera faces the road; there are two side cameras while the fourth is driver-facing. The front and the side cameras track lanes, road boundaries, objects on the road, the distance to every object, road signs, rail-road crossings, pedestrians. The driver-facing camera captures shoulder, limb, eye, and mouth movements.

"We track if he is yawning, the eye blink rate. The algorithm in the device then processes all this information to judge if the driving is unsafe. The alert is an audio signal, a voice or a beep," the CEO says.

Alerts to the driver are just one of the outcomes. Netradyne sells to fleet companies - the company only operates in the commercial segment today - as a service. It provides driving scores, which is useful to help drivers improve as well as associated videos. The cameras capture an accident, for instance, and the video can be used for exoneration.

Netradyne has over 20 fleet customers, mostly abroad. LeSaint Logistics, Vascor Trasport, Ward Trucking, Load One are some of them. It has launched in India but the company is shy of naming customers yet.

Netradyne's revenue model is Software-as-a Service (SaaS) one. "Think of it as a cell phone contract in the US," Agrawal says. "We do a two-three years contract and the cost of service is similar to what they would sign up for a cell phone contract." Agrawal did not disclose revenues, but filings with the Ministry of Corporate Affairs show the firm's growth jumped over 100 per cent in fiscal 2018 to `21 crore.

In September 2018, it raised $21 million in Series B from three investors - Reliance Industries Limited (through subsidiary RIIHL), M12, Microsoft's corporate venture arm, and Point72 Ventures. Reliance had pumped in $16 million during Series A.

"The customer momentum Netradyne has generated over the last year speaks volumes about their AI team and the innovative products they continue to develop," Sri Chandrasekar, Partner, Point72 Ventures, noted in a press statement.

Among the other companies trying autonomous driving systems are SmartDrive, Lytx, and Mobileye. Intel, in 2017, acquired Israeli Mobileye for $15 billion, indicating how hot the market is. Mobileye, unlike Netradyne, works directly with Tier-1 automotive suppliers, and is rapidly moving towards systems that can do complete autonomous driving.

The Series B funding will help Netradyne compete better by getting into an area Mobileye is already eyeing, high definition maps. "Our systems are recording five million miles a month. In the next year, we should be doing 100 million miles a month. This is rich data, all from cameras," Agrawal says. "We can create a 3D map of the world, very useful for autonomous vehicles."

Solutions around auto-braking are also a possibility, going ahead. Instead of just alerting the driver on an impending collision, the system, in a split second, decides to apply the brakes. Life saving.