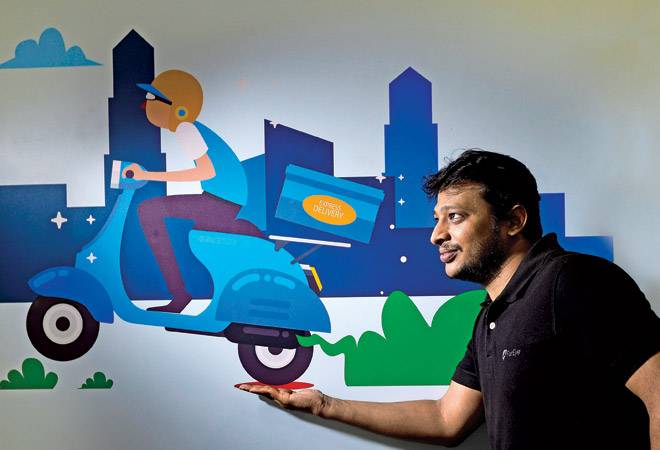 In the early days of e-commerce, buying a product on online marketplaces was an experience full of uncertainty. While you could buy the product in one click, getting delivery was an entirely different story. Those days, you had no idea when the product would land at your doorstep and whether you would be home then. Kushal Nahata, founder and CEO of FarEye, describes a routine early morning scene witnessed at a logistics centre in the early years of this decade. "Around 20-25 people would show up between 9 and 9.30 am for delivery of products. No one had any idea who was going to deliver what and where. They would manually sort it out and decide to deliver to addresses closer to them." In the evening, Nahata says, all delivery boys would then submit receipts, collected cash and return undelivered products. The whole process was cumbersome, inefficient and meant loss of time and money for the company.

Nahata, who had been exploring several start-up ideas, identified the inefficiency in delivery systems and mulled over how to solve it. "We thought about providing them with technology," he says. After talking to several e-commerce players, in 2013 FarEye tied up with Jabong to help its then logistics arm GoJavas with product delivery.

"There was no talk of money; they just handed us some smartphones and problem sheets and asked us to come with a solution in two weeks," recounts Nahata. FarEye, a bootstrapped venture then, spent 2013 helping Jabong scale up, and also grew along with it. "We started with 10 delivery guys; the next month it became 20, then 50 and then doubled month on month." FarEye started with automating the entire process and making it digitised so that everyone involved in the process -delivery boy, logistics company, e-commerce player and the customer - could track the product. "We made sure that when the delivery guys showed up in the morning, a run sheet was ready for them and their day planned. The customer would also know what time her product will be delivered. In the evening, the manager would automatically get the summary of delivered or undelivered products and cash collections," Nahata says. The company developed a SaaS (software as a service) platform to solve these challenges.

However, e-commerce had its own set of problems and wasn't the safest bet then. Jabong, for example, sold off GoJavas to Snapdeal in 2015; LocalBanya, FarEye's other client, shut shop in 2016. This made the company look at sectors other than e-commerce and traditional companies.

Today, the company has over 150 customers globally, which are in logistics, e-commerce, retail and food delivery. Among its customers are Blue Dart, Dr Lal Path Labs, SRL Diagnostics and DHL. However, each sector and company has a different set of challenges. Blue Dart, for example, needed not just product delivery but also return. In pharma, samples had to be collected at a particular time and delivered to the testing centre. FarEye developed a library of logistics processes so that while the same process could be used by different companies, it could be customised to suit their needs. For better efficiency, the company then started building intelligence from the data collected.

"We started to figure things out. Can I do route optimisation? Can my system tell how many drivers are needed to deliver 500 shipments in a day? Can I predict the time of delivery, inform the customer and also ask him if he is available or not? Can I improve the success rate of delivery? We made it a two-way communication," Nahata says. FarEye charges companies monthly on the basis of deliveries made using its platform.

After making the logistics process intelligent, the company is busy scaling up internationally. It has already opened offices in London, Singapore and Dubai and serves the US, Europe and South East Asia markets through them.