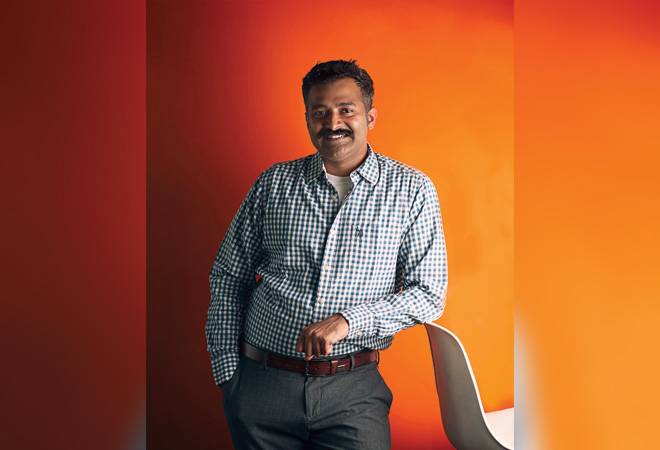 Bhasker 'Bosky' Kode, Founder and CEO of fintech start-up Bon, would often strike up conversatios with drivers in cabs. These interactions made him realise the difficulty they face in paying for fuel, food and toll charges on the go. "Billions of dollars have gone into funding Ubers, Olas and Swiggys of the world but little attention has been paid to how this new workforce tackles its short-term financial challenges. Since they don't get payslips, traditional lenders find it difficult to underwrite this segment. This is the gap we are filling," says Kode, who founded Bon - registered as Bonfleet Solution - in May 2016. Kode has previously worked as a technology entrepreneur with multiple start-ups such as HelpShift, Spotzot, Verbs IM and TapToLearn.

The fintech start-up does not lend from its own books but through its two Maharashtra-based NBFC partners Kudos Finance and Aphelion Finance. Kode approached his first NBFC partner, Kudos Finance, on Linkedln. Pavitra Walvekar, Co-founder, Kudos Finance, says: "I could see they were addressing the real problem. They had the right tech and attitude to solve that problem."

The Pune-based start-up runs the KYC and other credit checks on behalf of the NBFCs. A weekly credit limit is assigned to the customer on a Bon card on the basis of parameters such as past 10 cycles of earnings, percentage of cash versus digital earnings, how long the customer has been on the platform and in the particular city and also the frequency and speed of him burning his credit limit.

Powered by MasterCard, customers can swipe the Bon card at any merchant outlet, but only for work-related expenses. "For drivers, these expenses could be fuel, phone recharge or toll charges, while freelancers may seek credit for marketing on Facebook and website management," explains Kode.

After a customer receives the Bon credit card, he receives a weekly notification of that week's credit limit. Once a transaction is made, they have 30 days to repay. Abdul Khader, a Bengaluru-based driver with Uber, used to get credit of Rs 500 when he signed up with the Bon app nearly two years ago. He now receives Rs 3,000 each Monday, which he pays back by Sunday. "They increase the credit limit if we maintain a good track record of paying back on time," he says.

Apart from the app, Bon also has 10 retail outlets across India. "Someone walking into the store can walk out with a credit card within five minutes," says Kode. Bon offers credit in the range of Rs 500-5,000; the average weekly loan limit is Rs 900.

While there are multiple fintech players catering to borrowers outside of the formal credit system, what sets Bon apart is that it focusses only on non-salaried borrowers, a segment that most fintech start-ups stay away from. Another unique feature is that Bon is a marketplace for loans - it conducts an auction where lenders can offer loans at the lowest interest rates. The winning bid funds the transaction. The process takes less than a second. The average interest rate is 18-24 per cent. "As we get more lenders on board, we can make it cheaper. The auction system will ensure consumers get the best price. Over time, they will get cheaper rates," says Kode.

Bon has three streams of revenues: Rs 365 one-time sign-up fee, a small commission on loans disbursed, and commission based on interest rate. In 2018/19, the company earned Rs 68 lakh against Rs 12 lakh in 2017/18. It has raised $1.08 million (about Rs 7.8 crore) so far in a seed round led by Silicon Valley-based impact investing firm Omidyar Network. Axilor Ventures and Better Capital's AngelList India Syndicate have also invested.

It currently has transactions worth Rs 4 crore in a month, and expects this to touch Rs 15 crore by April 2020. It targets over 100 lenders in the next two years. While the start-up is going strong, one of the challenges it faces is the ongoing NBFC crisis. "We did face the heat of the trend in December-January, but by March our conversations with lenders had started," says Kode. Walvekar of Kudos Finance adds that the lending velocity has slowed and interest rates have gone up "but liquidity is back for us although in smaller tranches."

Bon started operations with one desk inside an Uber office in Bengaluru. It now has offices in seven cities and services about 25,000 drivers. "Last year, we focussed on expanding our customer base. This year, our primary aim is to add more lenders," says Kode. He is hopeful that a positive portfolio performance and low delinquencies will help the start-up do that.