During the festive season, characterised by e-tailers trying to outshine each other by offering better, more jaw-dropping discounts, Flipkart decided to do things a bit differently. It took to 360-degree videos on Facebook to unveil discounts of the season in the form of a virtual treasure hunt. For the uninitiated, a 360-degree video is recorded using a camera system that can simultaneously capture all 360 degrees of a scene, and can be viewed by dragging the mouse. Flipkart asked users to search for the hidden discounts and offers in its Bangalore office premises, while its employees gave them a virtual tour using a live 360-degree video on Facebook.

Prizes were given to users who took screenshots of the offers they spotted. The campaign garnered over one million views, and was shared 4000 times. P.G. Aditya, Creative Director at Dentsu Webchutney, the agency that conceptualised the campaign, says the objective was to help people remember what Flipkart was offering this year. "If you have all the top players one-upping each other with offers, the consumer is left with tonnes of numbers," he says.

Brands have been experimenting with 360-degree videos ever since YouTube launched it in March 2015. With Facebook's 360 offering, brands got a larger canvas, given its reach. But there aren't too many examples of successful campaigns executed via 360-degree videos. Relevance, says Nimesh Shah of Windchimes Communications, is key. "It should be done because something about your brand is enhanced by 360, and not for the heck of it," he says. Brands from the events, travel, hospitality, and real estate sectors stand to gain from it, if used well.

Rajiv Dingra, Founder and CEO of digital and social media agency WATConsult, says clients that are looking for some sort of disruption or innovation, consider 360-degree videos. His agency has worked on two such campaigns so far, for HDFC Bank and Mother Dairy. The HDFC Bank campaign on YouTube listed out the benefits an HDFC Bank Diners Club Credit cardholder can get - from access to airport lounges to dining privileges at select restaurants. It received more than 900,000 views on YouTube, and 2.2 million views and 5,000 shares on Facebook.

Shooting a 360-degree video, agencies say, does not add to the costs exponentially, but that is subjective to the equipment used. The difference, of course, is that there is no concept of 'behind the camera'. According to Aditya, shooting a 360-degree video involves a lot of prep, as there can't be any room for error if the video is live. Among the two platforms that support 360-degree videos, YouTube is known to offer better resolution, while Facebook wins when it comes to reach.

Brands are still testing the waters. Most are hesitant about using it since it's a fairly new platform. Aditya says, "The biggest challenge is to build your case with the client." Shah of Windchimes is hopeful that 360-degree videos will remain a need-based tool, but its novelty won't wear off. "It gives me an experience that nothing else does," he says.

For a Good Cause

Facebook has announced a slew of fundraising updates. The social networking site now allows users to raise funds using Facebook Live. It has also introduced a Donate button, which will help non-profits raise money directly from their page, in just a few taps. The company is currently testing the feature with a few non-profit organisations in the US. "You'll be able to add the button to your Page and posts, making it easy for supporters to contribute through a one-page form on Facebook," the company said in a post. Non-profits can also redirect donors to their websites by using the 'Donate Now' call-to-action in ads or on their pages, Facebook informed. Users will be able to donate to 750,000 non-profits using Facebook.

Snapchat has started selling its video-recording sunglasses called Spectacles, announced earlier this year, in the US. The way Spectacles is being sold - through vending machines called Snapbots - is even cooler. The machines appear at surprise locations for a day only. Users can figure out the next location of its appearance 24 hours prior, by using an online map that Snapchat has introduced. The vending machine has a small, round screen powered by motion sensors; it turns on when someone comes near it. The screen can be used to take a look at video recordings made by the sunglasses. The three buttons below the screen let you virtually try and select the colour of the glasses you wish to buy. 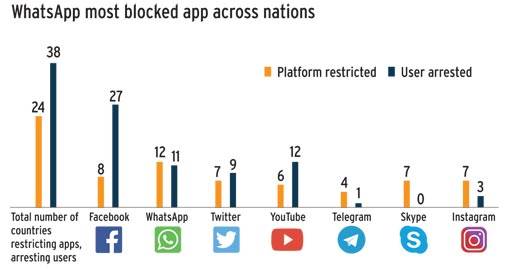