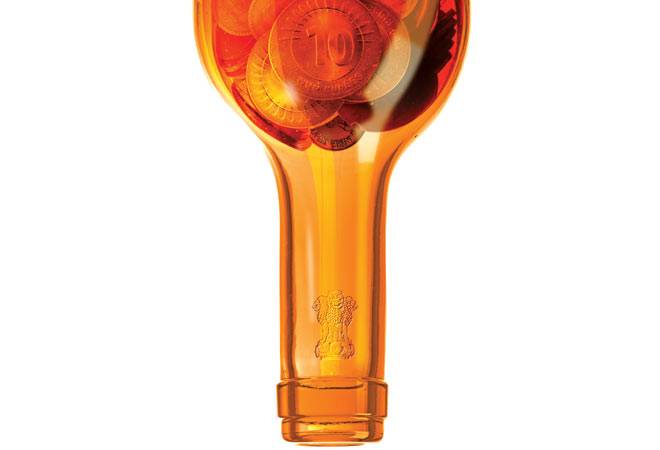 Last year, in a television interview, former Infosys Chairman N.R. Narayana Murthy said there was not a single government project where his company had not lost money. He was talking about issues faced by private companies that work on government projects. Among the problems he highlighted was delay in payments. According to estimates by different agencies and experts, between Rs 1 lakh crore and Rs 3 lakh crore of private contractors' money is stuck with the government due to delays or disputes. Nasscom says just software companies' dues amount to more than Rs 5,000 crore.

The delays, which range from two years to over 10 years, are creating cash flow and working capital crunch at these companies and must be fixed if government effort to kick-start the process for recovery of corporate earnings and investments by taking the lead in spending on infrastructure are to bear fruit. Easing cash flow pressure, say experts, can be the surest way to encourage companies to invest. It will also lower pressure on banks that have lent to these companies and are groaning under the weight of rising non-performing assets. Last, but not the least, fixing the problem will send a signal to investors that the government's commitment to improving the ease of doing business in the country is more than just an empty promise.

P.R. Swarup, Director General of the Construction Industry Development Council (CIDC) - a body set up by the erstwhile Planning Commission, the government of India and the domestic construction industry - says Rs 2.5-3.5 lakh crore of contractors' money is held up with government departments, either due to disputes or procedural delays.

Though some say the amount is much less than this, the figures they give are not loose change either. "I feel this figure of Rs 3 lakh crore is grossly exaggerated. I think it is around Rs 1 lakh crore," says Bibek Debroy, Member, NITI Aayog, which has replaced the erstwhile Planning Commission.

"I did a dipstick survey and asked top infrastructure players how much liquidity is stuck. The broad estimate is between Rs 75,000 crore and Rs 1 lakh crore," says Vinayak Chatterjee, Chairman, Feedback Infra, an infrastructure services company. Vinayak Chatterjee, Chairman, Feedback Infra
Nasscom has estimated that government dues to the IT industry could be more than Rs 5,000 crore. "We did a survey of seven-eight large players (out of the 46 that bid for government projects directly and not OEMs that supply to the government) around a year-and-a-half ago. The total outstanding was Rs 3,800 crore. If you add others, it could be more than Rs 5,000 crore," says Rama Vedashree, who when talked to us was Vice President, e-Governance and Domestic IT, Nasscom. She is now Chief Executive Officer of Data Security Council of India, a sister body of Nasscom.

Swarup of CIDC says in infrastructure projects, government departments take about two months to process a bill. "So, Rs 80,000 crore is stuck with the government in normal course," he says. His calculation is based on the infrastructure and construction industry's annual output of Rs 4.5 lakh crore.

The delays have a lot to do with the constraints and straitjacketed rules and procedures that government departments work under. "If the contract mentions a certain version of software/hardware but the vendor supplies an upgraded version at a marginally higher cost, the contract may be cancelled. You are not allowed to deviate even slightly from the terms of the contract," says the managing director of an IT company.

Industry players say government contracts are one-sided and do not provide them any safeguard against delays due to someone else's fault. For example, a project for digitisation of records may get delayed if the department does not provide the records on time. This is not all. After the work is done, the department may not assign staff to verify the data. As a result, the payment will be held up, even though the vendor has done its work.

Another issue is that the government often gives the work to intermediate agencies, mostly public sector companies, who hire private contractors. The agency may get the money from the government but may not pay the contractor on time. Vedashree of Nasscom gives an example. "National Institute of Electronics and Information Technology (NIELIT), under the Department of Electronics and Information Technology, got the National Population Register project from the Registrar General of India (RGI). NIELIT outsourced the work to mostly mid-sized companies through a complex process. We believe RGI has paid NIELIT. It has been more than three years but the companies have not been paid," she says. There has been no action against NIELIT, she says. In fact, it is NIELIT that is trying to impose all kinds of penalties on companies that are facing genuine problems in implementing the project the way it is to be done, she says. Sometimes the fine it is trying to impose is three-four times the project cost. After Nasscom took up the issue with the minister of state for finance, some departments have started asking NIELIT for clarifications. Vedashree, however, says the problem hasn't really been solved.

When we asked the Director General of NIELIT, Ashwini Kumar, about this, he replied through an email that we should "wait for some time, say a week, to get a true picture as the matter is under discussions at the ministry level".

Also, in big infrastructure projects, the contractor may suffer if the government fails to acquire land on time. Or, geological uncertainties could result in a change in road design and cost escalation, forcing the contractor to claim more money from the National Highway Authority of India (NHAI), leading to disputes. "Some claims are settled but payments are not made on time. In some cases, the claim is disputed and so the resolution can be tedious. A lot of issues can be resolved if dispute resolution and claim settlement are faster," says Rohit Inamdar, Senior Vice President, ICRA. According to the NHAI's annual report, 113 arbitration and 83 court cases, involving Rs 22,426 crore, were pending as of July 2015.

However, the biggest reason for payments getting stuck is that government officials are usually afraid of taking decisions. The MD of the IT company mentioned earlier says officials hold up payments and ask them to go into arbitration even in case of small deviations from the contract as they are too scared to take a decision. "They fear they may be charged with wrongdoing," he says. Bibek Debroy, Member, NITI Aayog
Debroy of NITI Aayog blames this on a particular section of the Prevention of Corru- ption Act, 1988. This section, according to Debroy, says that if a public servant takes a decision that benefits a third party, he will be guilty of criminal misconduct unless he proves that the benefit is in national interest. He says officials will remain extra cautious unless this is changed. A Bill to amend the Act has been pending in the Rajya Sabha since the days of the UPA government.

All this is affecting companies' cash flows. Unless this money is unlocked, the problem will continue to reflect in banks' stressed assets. "This is banks' money. Banks lent it to businesses, and if businesses do not get their dues on time, they will default and bad assets of banks will increase," says Swarup of CIDC.

He is not exaggerating. Despite the NDA government's claim of reviving stalled projects, several big infrastructure companies continue to be saddled with huge debt.

Though most companies that bid for government projects declined to comment, the head of a mid-level IT company said, "For a project of Rs 3,000 crore, we may have to borrow Rs 1,500 crore at 10-11 per cent. There have been cases where we delivered the product but the government did not provide us the infrastructure to install it. So, even after completing the work, we have not been paid."

Things are so bad that some dues of IT vendors that worked for the 2010 Commonwealth Games have not been paid. "There is huge outstanding. If I remember correctly, either MTNL or ITI was the intermediary that got the work and outsourced it to private IT companies. They say the government has not paid them," says Vedashree of Nasscom.

Since the infrastructure sector is one of the worst hit, we tried talking to contractors such as L&T, Lanco and Jaypee Associates to understand how payment delays hit cash flows and create working capital crunch. All of them declined to comment. However, at a call with analysts in May 2016, Arnob Mondal, Vice President (Corporate Accounts & Investor Relations), L&T, said in response to a question that "in case a customer delays payments, we typically slow down execution with an intent to control working capital". At the same meet, Executive Chairman A.M. Naik said, "When you move into governmental kind of projects, you have pre-acceptance, post-acceptance money hold-ups. Once we enter into a contract, we cannot change it, because the government normally forbids changing of contracts due to the various procedural and CVC (Central Vigilance Commission) guidelines."

Vedashree says interest in government projects among Nasscom members is clearly falling. The spokesperson of a mid-sized IT company said on condition of anonymity that the company was slowly reducing exposure to public sector projects.

Navin Kumar, Chairman, GST Network, said it was tough to convince the companies. "We held many interactions with the industry around 2014 and promised to look into their concerns and resolve the issues. These interactions helped and we were relieved to see big companies such as TCS, Infosys, Wipro, Tech Mahindra and Microsoft bid for the project." Infosys finally got the project.

Can Government Fix It?

Most experts have no clue on how to minimise the procedural delays but say dispute resolution can be made faster. "As a large buyer of goods and services, the government has a huge number of bureaucratic processes. Government contracts form a large part of the business of private contractors. Therefore, there is very little you can do in terms of pushing the system to move faster," says Chatterjee of Feedback Infra. "There are payments that get stuck even after the vendor gets a favourable verdict in arbitration as the government files an appeal. It can minimise delays by a simple diktat that there should be no appeal if an arbitration award goes against it," he says.

Debroy of NITI Aayog echoes the view. "As far as non-payment of dues on time is concerned, I don't know what the government can do. The government is legally liable if it fails to pay on time but nobody is willing to enter into a dispute with it." P.R. Swarup, Director General, Construction Industry Development Council
The government has set up a project monitoring group, or PMG, for fast approval to projects and resolution of disputes. According to an ICRA report in April 2016, the PMG has unlocked 353 projects worth Rs 12 lakh crore stalled for the past three years.

As the NDA government has time and again affirmed its commitment towards making India business friendly, it remains to be seen how it streamlines its procurement and payment processes. If it wants to make a difference, the best place to start is its own backyard.

The future of telecom belongs to large players