Sometime ago, The Beer Cafe, a chain that sources 50 varieties of beer from 17 countries, wanted to change its tech platform from a Microsoft Windows-based software to Android. After months of testing, it opted for a cloud-based point-of-sale (POS) product put together by food-tech company Zomato.

"Microsoft-based platforms, we realised, are not the future. iOS is expensive. We wanted to go with Android," says Rahul Singh, Founder, The Beer Café. There is no fixed licensing fee for the Android product that manages menu, recipe, inventory, and has a built-in payment and customer relationship management solution, besides real time analytics. The chain pays Zomato a monthly subscription fee on a per-outlet basis. "The POS is live at 35 outlets across India," adds Singh. Not just POS, Zomato also sells a 'Whitelabel' product, where restaurants can create their own smartphone app for a subscription. 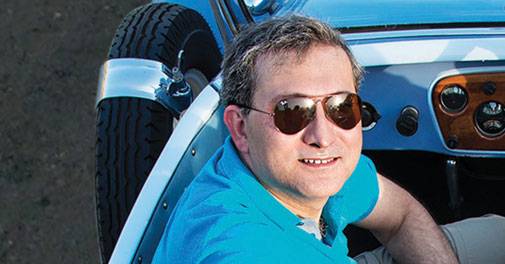 "We will be a marketplace, but we will also make money selling tech platforms"

From a content business - a restaurant discovery platform generating revenues primarily through ad sales - Zomato has metamorphosed into a transactions platform focusing on the food-ordering and table-reservations business. Now, in some ways, it is also a software provider to restaurants. In a blog titled "Lessons from 2015", Zomato CEO and founder Deepinder Goyal explains: "Even if you have enough money in the bank, you have to make sure the money keeps flowing steadily. Find ways to maximise your existing revenue channels, or find ways to create new ones. Also, cost saved is revenue earned, so cutting down burn by being prudent matters a lot." Zomato claims to have rationalised its costs. The company's burn rates are down 70 per cent from its peak. It has also doubled its revenues over the past nine months, Goyal said in May.

This is a transition many other consumer Internet businesses are trying, particularly e-commerce start-ups. Infibeam was the first company to try out alternative revenue streams. Now, Amazon, ShopClues, Snapdeal, Zopper, Tolexo and Quikr are among several others that are experimenting with alternative revenue models and finding ways to monetise assets already built or acquired. This is, in fact, the phase II of e-commerce in India. While in the first phase, companies mostly made money from commissions on transactions in a marketplace, the new normal is about newer channels - advertisements; sale of tech platforms like dashboards, websites, customer relationship management products and POS; services such as payments and logistics, lead generation, facilitating working capital loans; and even extended warranty services.

Technology platform sales have proved to be good alternatives to the core marketplace business of most e-commerce companies - they are built once and can be monetised over and over again with little additional cost. For some companies, such as ShopClues, the revenue it earns from the new models are already chunky. Non-transaction related businesses generate 10 per cent of its revenues currently and the company expects it to grow to 30-35 per cent over the next two years. Hyper local electronics marketplace Zopper offers extended warranty for products bought on its platform. The company charges 8 per cent of the product value for one year's extended warranty and has partnered with various service providers for after-sales support. "Revenues from warranties generate nearly 50 per cent of our topline, the rest coming from marketplace commissions," says Neeraj Jain, co-founder, Zopper. While it is still difficult to estimate the scope of newer monetisation opportunities, some industry watchers believe they can contribute between 10 per cent and 30 per cent of revenues for a large number of India's e-commerce and food-tech companies.

And, there are many different reasons behind the rush for alternative revenue models.

In the second half of 2015, the funding tap for e-businesses began to get tighter. Investors started talking of profitability and urged the e-commerce portfolio companies to reduce cash burn by stemming discounts, operational expenses and people costs. Some well-capitalised investors even refused to participate in future rounds of funding for companies they thought were overvalued. For India's $17-billion e-commerce sector, thinking about 'fundamentals' that create long-term value suddenly was in vogue. And a company's ability to generate multiple revenue streams or even a roadmap pleased investors. Says Sreedhar Prasad, Partner, e-Commerce, at consulting firm KPMG: "It is a positive initiative that companies have started exploiting the assets they have created. An investor will be excited to look at a company with multiple revenue models from the same asset."

Rajesh Sawhney, the founder of a tech start-up accelerator, an angel investor, and founder of foodtech start-up InnerChef, says the reasons for exploring alternative revenue models are varied. "Zomato wants to own all touch points of consumer interaction with restaurants. For Quikr, its horizontal business is not generating much listing or advertising revenues. It is going into verticals to look for revenues, but is encountering tough competition from entrenched players, be it jobs, housing or cars. This kind of business has high consumer adoption but weak monetisation."

Again, many marketplaces have inherent problems with monetisation because of poor unit economics on e-commerce transactions. "They are trying backward integration with the merchant - merchants need tech platforms to integrate with marketplaces. However, those who own these platforms could get a bigger share of the revenues," adds Sawhney.

A Quikr spokesperson, however, was of the opinion that it would be incorrect to think of the company's verticalisation strategy - its foray into automobiles, real estate, jobs and services - as a response to weak listing revenues. The idea, she says, was to go deeper into each category where the company witnessed maximum traction. Each of these verticals now has a monetisation strategy. For instance, 'QuikrJobs' offers "highly customisable solutions for recruiters to enable faster and reliable hiring". While posting jobs are free, using the database product comes at a cost. The company sells 'Instant Hire packs', say, for 200 candidates at Rs 999. The 'Quikr Doorstep' service, on the other hand, facilitates online payments, negotiations, and delivery of goods to the buyer. Both the buyer and seller are charged for the services, now available across 250 cities.

With e-commerce marketplaces having high burn rates, poor unit economics, and wafer-thin margins, alternative revenue models have almost become routine to stay afloat. Most of India's unicorns have a strategy in place, and the inspiration, in some cases, appears to have come from the recent success of Amazon Web Services, a suite of cloud computing services, which was launched a decade ago. In some cases, the tech platforms being monetised are core to the marketplace model, such as payments platforms, which are now being sold to third parties.

Amazon, in fact, has also introduced a few alternative revenue streams in India. Among them is Amazon Payments. The product, available in the US, the UK and Germany, and customised for India, allows a seller to convert a website into a functional e-commerce site. It enables a customer to pick an item from a catalogue, add it to the shopping cart and use his Amazon log-in for payments - the customer has access to all payment methods, including cash-on-delivery, credit and debit cards, and net banking, which are used on Amazon. "The product takes the burden of order management and payments away from the seller. It is commerce enablement," says Srinivas Rao, the former director of payments at Amazon India. Rao has now moved into a different role in the company. Amazon says there are 1,000 merchants, including Café Coffee Day, Ethos Watch Boutiques and Amar Chitra Katha, using this product.

"We had our own gateways on the website. However, because customers had to feed in name, full credit card requirements, and generate one-time passwords, we saw a lot of dropouts because of patience issues," says Manas Mohan, the former CEO, Publishing, ACK Media (owns Amar Chitra Katha). Amazon Payments is a one-touch solution. "The details are stored with Amazon. The safeguards are with Amazon. Dropouts fell 22 per cent in three and half months since we implemented it," adds Mohan. In this model, the seller pays Amazon a percentage of the order value. 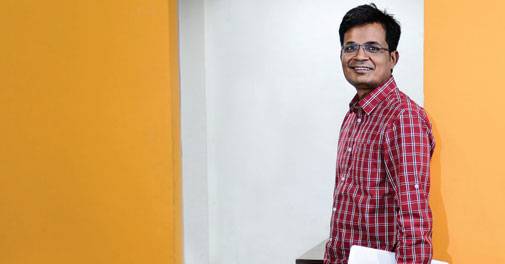 "Revenues from warranties generate 50 per cent of our topline, the rest come from marketplace commissions"

Amazon is also piloting a logistics service. "Payments and logistics are core functions. As the overall volume of the market grows, there is always money to be made on a transaction basis. The key is whether you have a business model that allows you to leverage the investment and the assets such as payments and logistics that you have, and spread it over a larger volume. That is when it starts to make economic sense," says Rao.

Among Indian marketplaces, ShopClues has a well laid-out strategy to make money from alternative streams. "Google is known as a search company but is the world's largest marketing and digital company. Apple is known for its devices but it is also the largest music company. We will be a marketplace, but we will also make money selling tech platforms," says Sanjay Sethi, CEO, ShopClues. Currently, it provides sellers, including third-party clients, POS, invoicing and brand identity solutions, marketing and merchandising services, digital catalogue services, and facilitates working capital loans. Besides its advertisement platform, the company's marketing solution platform allows sellers to send offers and notifications to targeted customers through SMSes and emails - Rs 1,000 for 5,000 SMSes or emails. Like in the case of Zomato, ShopClues' POS solution is an Android-based app that can be installed on the seller's phone. Sellers can manage their store catalogue, update product inventory, send bills to customers, maintain a customer database, and also accept digital payments through credit and debit cards, wallets and net banking. It is priced at Rs 1,500 a month. Solutions such as these, says co-founder and Chief Business Officer Radhika Aggarwal, have nearly 95 per cent of gross margins.

While POS appears to be the flavour of the season - Zopper, too, now has a POS platform after it acquired software company EasyPoS in March - lead generation could become a chunkier business for many e-commerce firms, going ahead. This is no different from the offline world where lead sharing worked for decades. In Bangalore, for instance, some jewellery firms are known to sell information on marriages to Kalyana Mandapams, or a hall for public rituals. A similar model may work online as well. "Consumer Internet companies with large customer bases are investing in advanced analytics to explore the customer profile and transaction trends. This can generate possible leads for other companies. Thus, the predictive analytics-led lead generation model will continue to grow in the immediate future," says KPMG's Prasad.

In the year of realism, this is the new normal.

How a state-owned company has ushered in an LED revolution